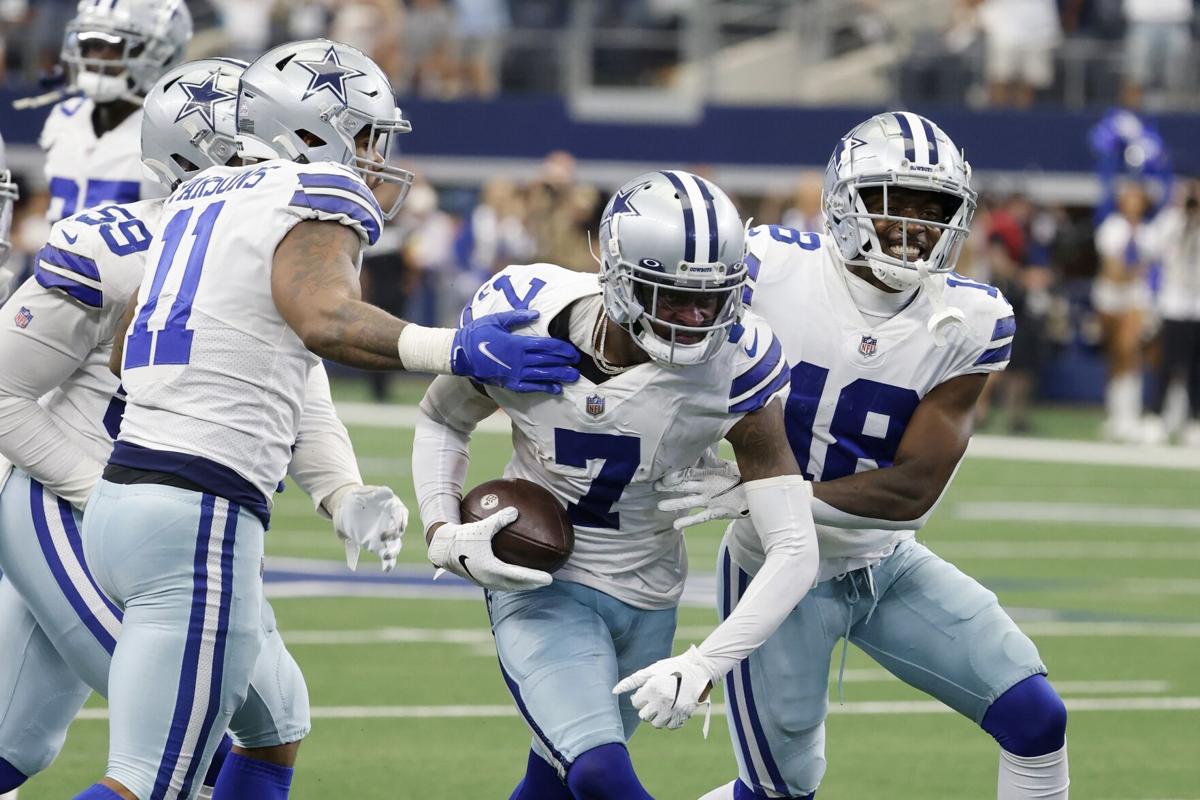 Dallas Cowboys' Micah Parsons (11), Trevon Diggs (7) and Damontae Kazee (18) celebrate after Diggs made a interception on a pass thrown by Carolina Panthers' Sam Darnold in the second half of an NFL football game in Arlington, Texas, Sunday, Oct. 3, 2021. (AP Photo/Michael Ainsworth) 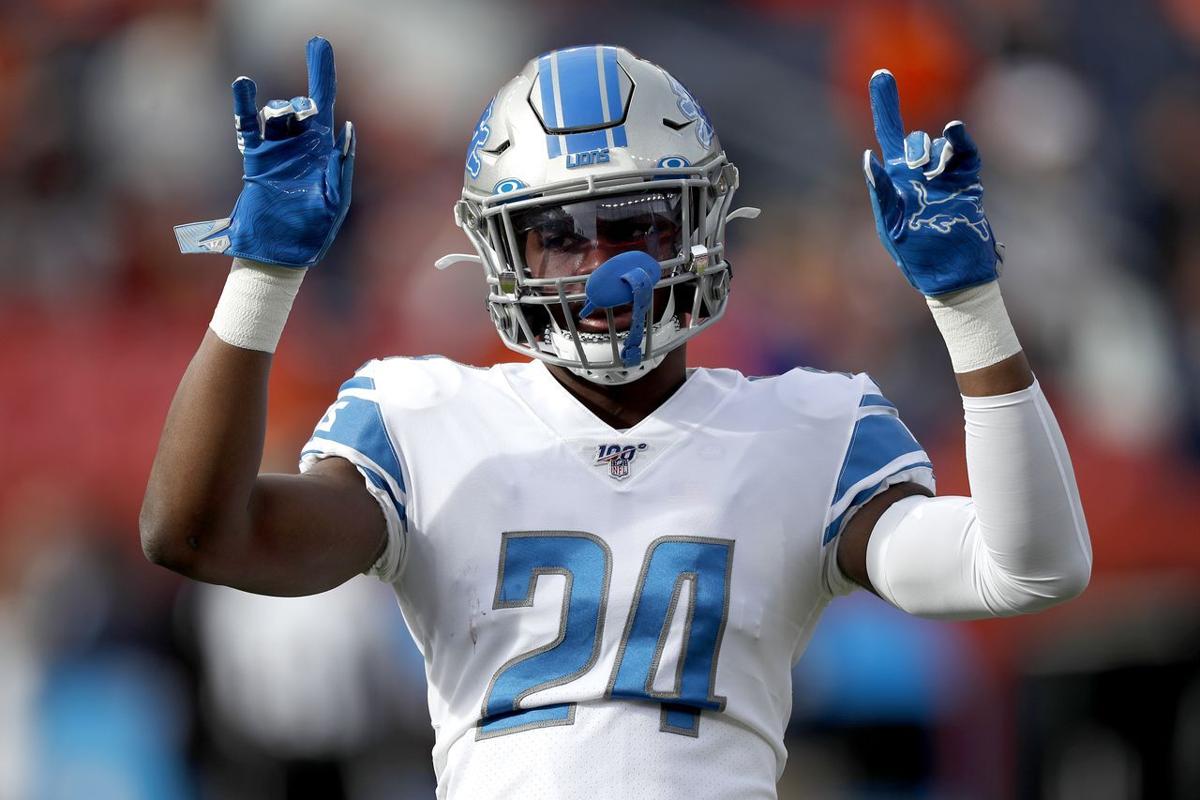 Many former Penn State players experienced victories with their teams during Week 5 of the NFL season.

Along with a pair of offensive stars, two former Nittany Lions on the defensive side of the ball and one on special teams helped their squads to either a victory or a close loss.

Take a look at some of the former Penn Staters’ performances through last week’s round of NFL games.

The New Orleans Saints’ punter gave the team a lift when the offense stalled in its own zone.

Blake Gillikin punted five times for 268 yards in the Saints’ 33-22 win over the Washington football team.

Gillikin landed three punts inside the 20-yard line, including one that went for 60 yards. He’s punted 21 times so far this season, averaging 49.8 yards per punt, which is tied for fourth-best in the NFL.

Through four years at Penn State, Gillikin established himself as a leader on special teams, finishing his career tied for second in program history with a 43.03-yard average per punt.

The Smyrna, Georgia, native became the second Nittany Lion in program history to surpass 10,000 punting yards and is the only Penn Stater to have four punts of 70 yards or more in a season or career.

The Dallas Cowboys’ first-round draft pick continues to make an impact in his rookie season.

Micah Parsons led the Cowboys with eight tackles, including six solo, and three quarterback hits in Sunday’s 44-20 win over the New York Giants.

The linebacker ranks third on the team with 25 total tackles and first with 2.5 sacks through the first five games of his NFL career.

Parsons was named a Consensus All-American during his sophomore season at Penn State, which would be his last after he decided to opt out of the 2020 season to prepare for the NFL draft.

The Detroit Lions’ hopes of finding their first win of 2021 were crushed when Greg Joseph nailed a 54-yard field goal as time expired, lifting the Minnesota Vikings to a 19-17 win on Sunday.

Although the game didn’t go in the Lions’ favor, Amani Oruwariye still managed to turn in another standout performance,

The cornerback finished tied for the team lead in total tackles with nine, including six solo.

Sunday’s contest ended Oruwariye’s interception streak, as he had one in each of the last two games for the Lions.

Oruwariye’s two interceptions lead the team, and he ranks fourth on the team with 20 total tackles.

After having just nine carries through the Philadelphia Eagles’ last two games, Miles Sanders took on a bigger role in his team’s Week 5 win over the Carolina Panthers.

Sanders led the Eagles’ attack on the ground, finishing with 11 carries for 45 yards, including a long run of 18 yards in the fourth quarter leading to the Eagles extending their lead.

In the other two blowout losses to the Cowboys and the Chiefs, Sanders had two and seven carries, respectively, showcasing his effectiveness when used in the offense.

The third-year running back started all five games so far this season, taking 48 carries for 214 yards while also catching 16 passes for 111 yards.

The Tampa Bay Buccaneers rolled to a 45-17 victory over the Miami Dolphins on Sunday, bringing their record to 4-1.

Chris Godwin ranked third among receivers in Sunday’s contest, turning in 70 receiving yards with a long of 18 yards. His seven receptions tied for first on the team.

The wide receiver is second on the team with 366 receiving yards through the first five games of the season, including two touchdowns.

Godwin notched a starting position in every game this season, as well as the 2020 and 2019 seasons.

Let’s be frank, Penn State lacked rhythm on the offensive side of the ball following Sean Clifford’s second-quarter exit.

Penn State safeties coach Anthony Poindexter has had a successful first year developing the Nittany Lions' secondary, but he'll be honored for…

How have James Franklin’s Penn State football teams fared coming out of the bye week?

Following an eventful first six weeks of the college football season, Penn State gets a much needed rest this week from its scheduled bye.