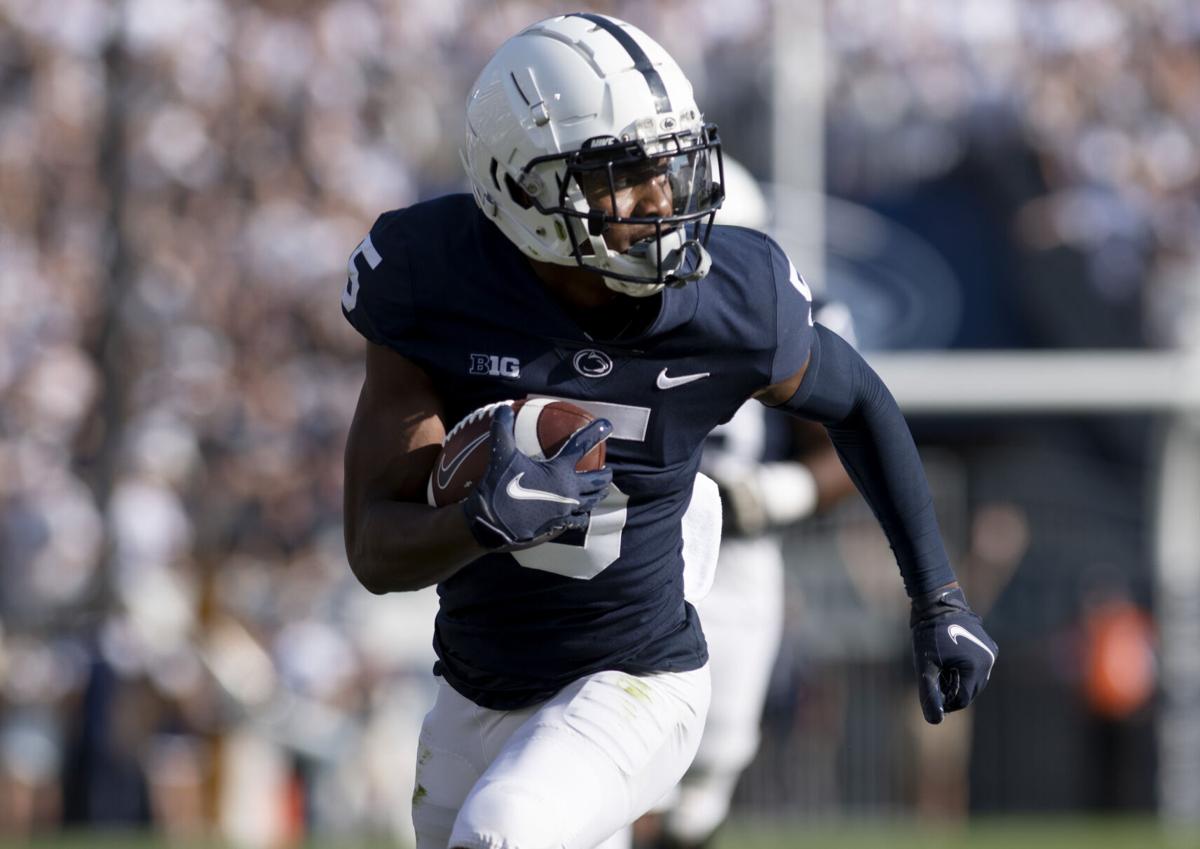 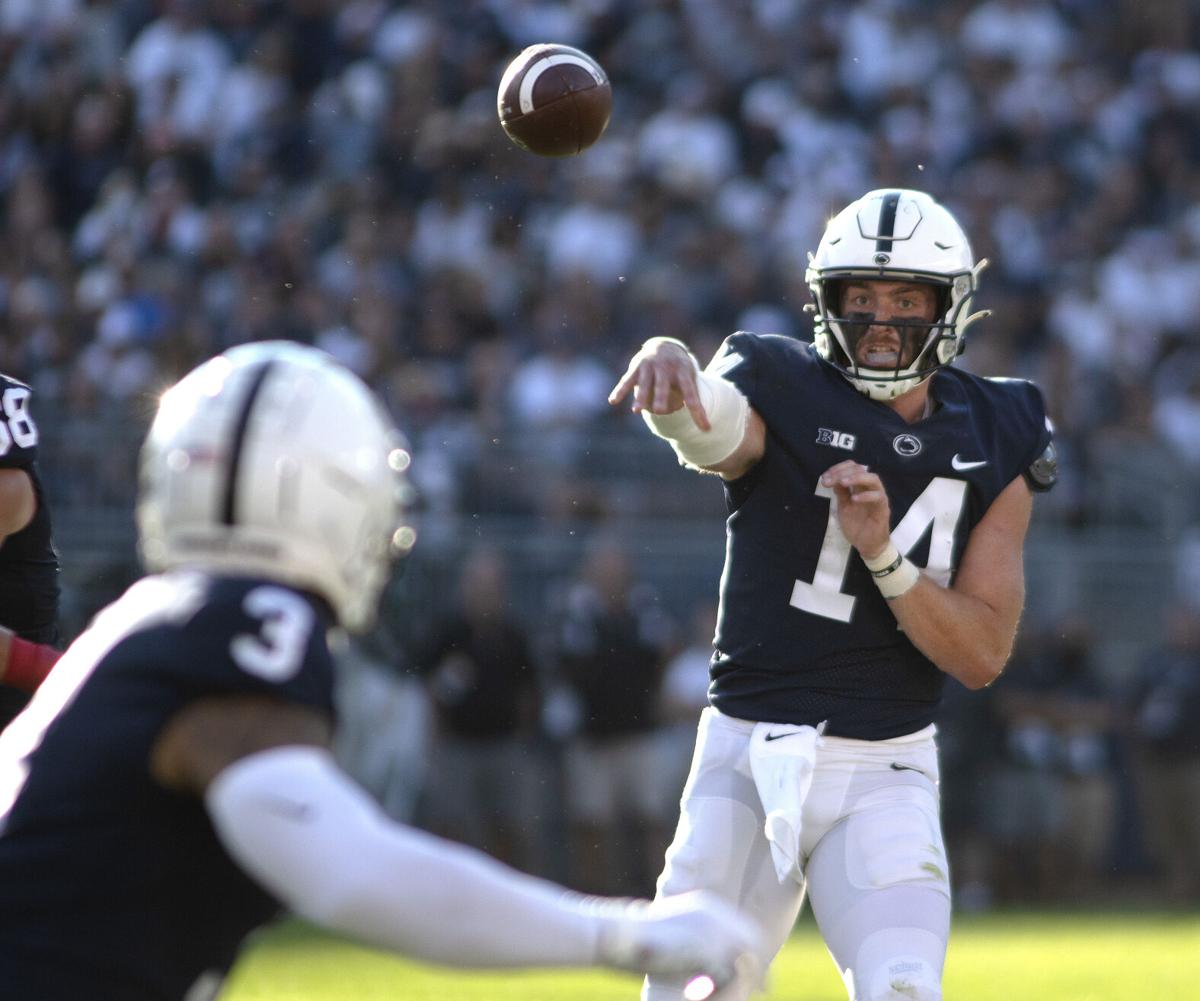 Following a massive Week 1 win on the road against Wisconsin last Saturday, Penn State’s offensive personnel, while happy to get a win, knew it needed to do more in order for the team to be successful moving forward.

One week later, the Nittany Lions opened up Beaver Stadium with an impressive 44-13 win in which the offense was on point and executing in both the pass and run game.

The charge was of course led by senior quarterback Sean Clifford, who has looked much improved on from some of the bugaboos that hurt him last season.

Clifford has yet to turn the ball over this season, and he and the offense got out to a fast start Saturday to orchestrate the win.

Linebacker Brandon Smith, who was able to observe the offense from the sideline, said just how important that quick start was after the defense was the group that made the early statement last week.

“We had that security blanket to where we definitely knew if we give them the ball in good position, they're gonna capitalize on it and they're gonna do what they need to do,” Smith said. “Just being out there and seeing them actually moving the ball like that is energizing, and it gives us momentum on defense as well.“

What Clifford was also able to accomplish on Saturday was getting a myriad of players involved.

In fact, the Cincinnati native was able to complete passes to 10 different Penn State players, a true indicator of the talent around him on the offense.

“The more guys that get touches the better, especially early in the year,” Clifford said. “You get guys catching the ball in space and feeling it out. We’ve got a lot of vets who just know how it goes [whether it’s] Jahan [Dotson], Parker [Washington] or [Keandre Lambert-Smith] and getting some other guys touches is always good.”

While spreading the ball around is a luxury to have against teams who have only prepared for a limited amount of weapons, it also helps the depth grow as a whole.

Juice Scruggs, who helped lead the charge from Penn State’s offensive line on Saturday, noticed how many people were getting involved and said it is a special thing to be able to have as an offense.

“I just think it shows how many weapons we have on offense,” Scruggs said. “We’ve got young guys that are coming in and stepping up, and it just shows that we have depth.”

While the abundance of weapons on the outside was critical to the Nittany Lions’ success on Saturday afternoon, there’s still a clear tone setter for the group.

Senior wideout Dotson is continuing to prove to people why he’s among the best receivers in the country, as he had one of his quieter days and still managed to make an impact against Ball State.

Throughout the ill-fated 2020 season for Penn State, Dotson was a lone bright spot, as he canceled the doubts of many who thought he couldn’t lead a wide receiver room that lost KJ Hamler to the NFL.

The Nazareth, Pennsylvania, native continues to carry that chip on his shoulder and thinks of himself as someone who leads by example for those receivers who are trying to find success early in their careers.

“I'm a veteran in that group. I'm a guy that guys count on,” Dotson said. “I feel like my play can boost their play tremendously, so every time I step on the field I want to be the tone setter.”

He also carries the same mentality that he had last season where many around college football wrote him and the rest of the Nittany Lion receivers off.

James Franklin said he was impressed with the offense as a whole on Saturday and thought what they were able to do in the run, pass and blocking game was what you hope for when game planning on any given week.

But like the players, he was most happy with the fact that there were plenty of guys able to get touches, something that’s “incredibly valuable” at this stage in a season.

“I love the fact that we were able to spread the ball around offensively... That was awesome,” Franklin said. “I thought we were very efficient on offense, especially early on in the game, and I thought late we were able to get the running game going and we protected the quarterback well.”

If you ask any coach, regardless of sport, what makes an athlete great, they’d probably list…