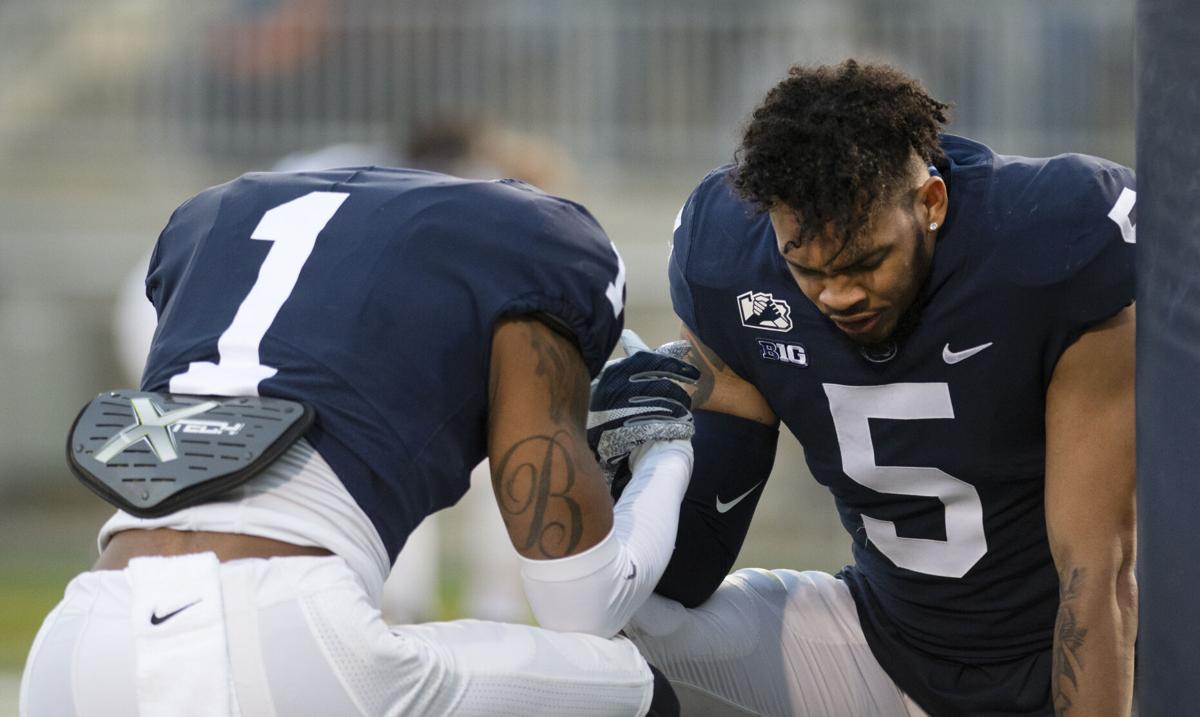 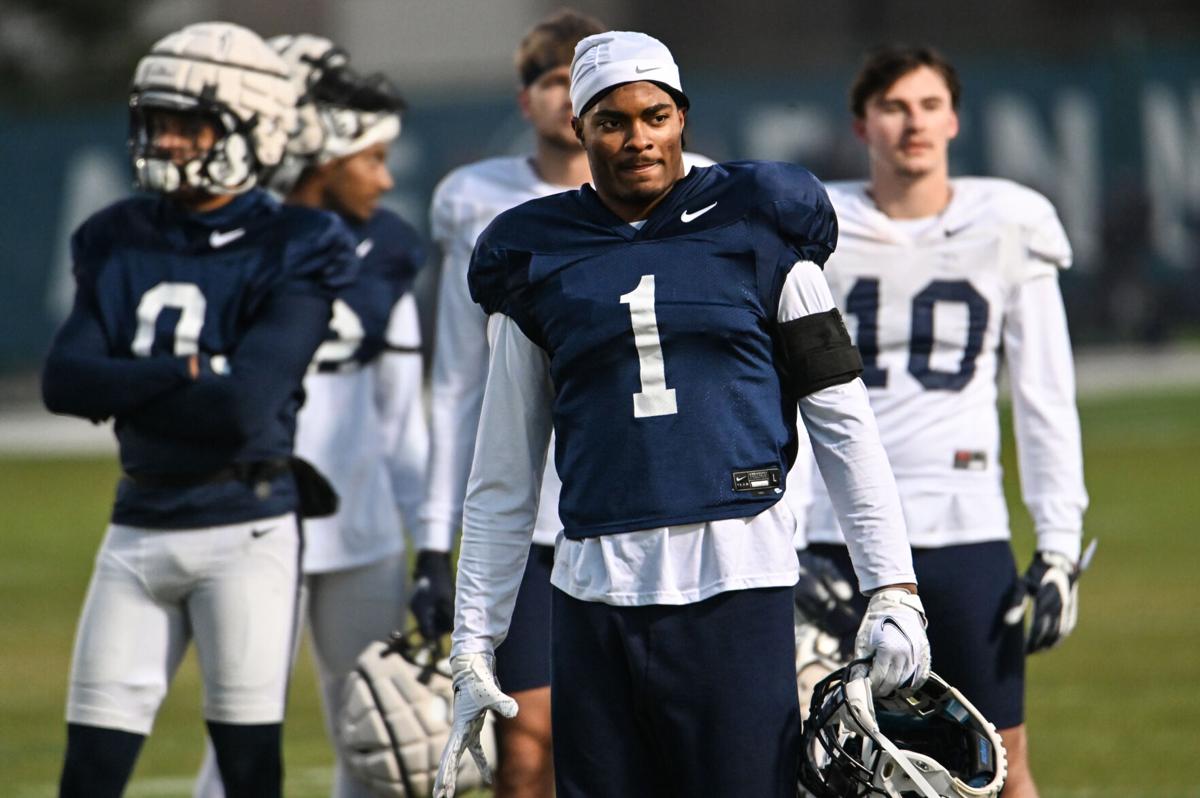 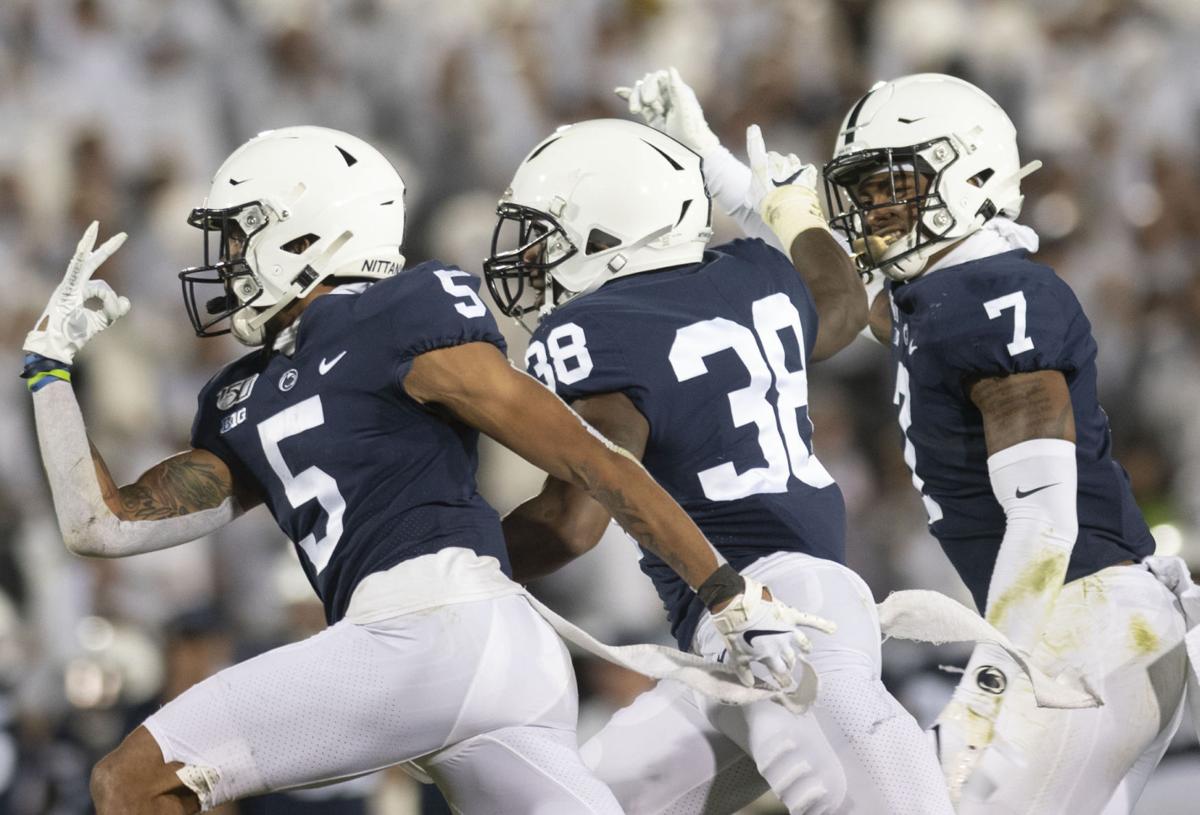 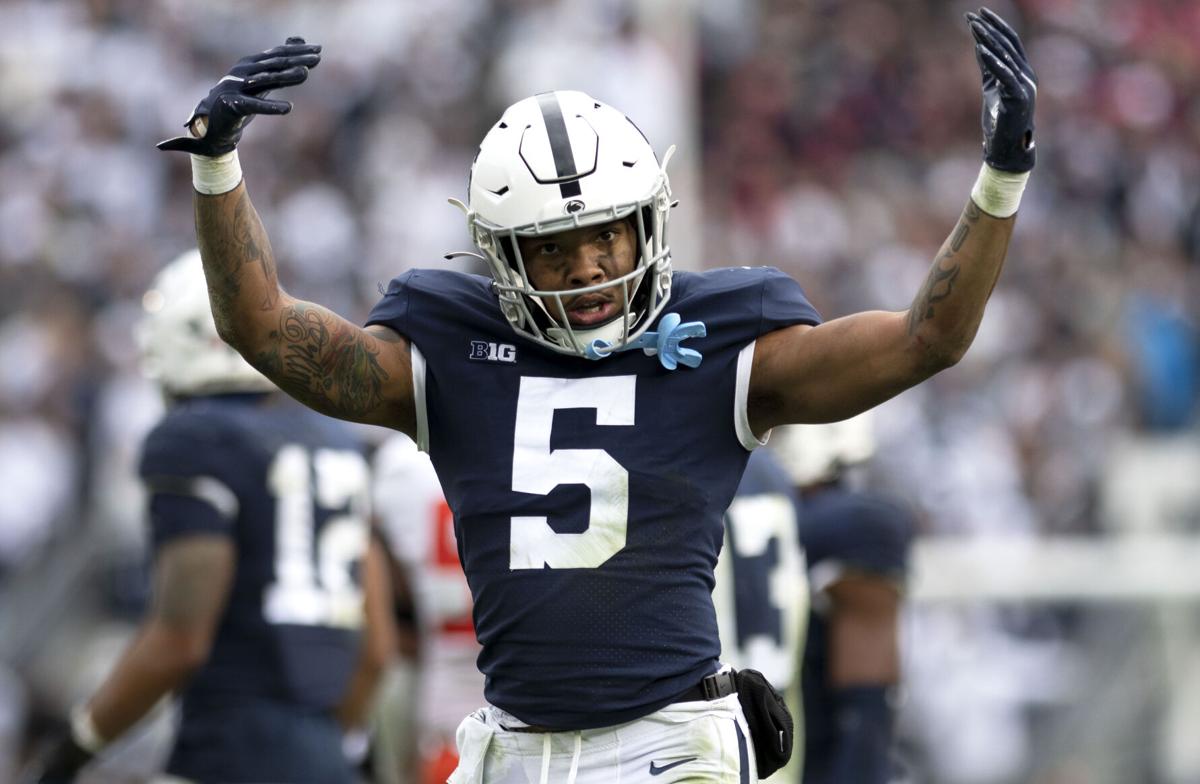 Penn State will host Rutgers at Beaver Stadium for Senior Day on Saturday. But ever since the coronavirus-impacted 2020 season, Senior Day has been a bit more complicated.

The NCAA granted all players an extra year of eligibility, meaning players who may be listed as seniors right now have the chance to return for a fifth or sixth season if they redshirted.

Penn State operated like normal on Senior Day in 2020 because the NCAA hadn’t yet announced it would grant the extra year.

However, Franklin said this year he’ll have some seniors choose not to walk because they already know they’ll be back next year, while some players will walk either because they know they won’t be back or haven’t yet made a decision. He also said it messes with the way the team recruits moving forward.

Some players, though, will take in the ceremonies for a second time.

Safety Jaquan Brisker and cornerback Tariq Castro-Fields were among the seniors who were honored in 2020, but they both made the decision to return in 2021.

This weekend’s festivities are final, though. There’s no coming back for the pair, and it’s starting to sink in for Brisker.

“I would say it does [feel different] because this is really my last game in Beaver Stadium,” Brisker said. “I definitely feel it winding down. It's coming to an end.”

The Pittsburgh native has a well-documented journey to Happy Valley, transferring in as a junior after two years at Lackawanna College.

He’s built up a strong reputation for himself on the field since joining the Nittany Lions, including recently accepting an invite to the Reese’s Senior Bowl following the 2021 season.

He said Wednesday he’s proud of how far he’s come both on the field and academically, as he’s set to graduate from Penn State in December.

Halfway through the season, Brisker said it was starting to sink in that it was his last ride in Happy Valley.

“Every Saturday, I sit down there at the 50-yard line and I just take it all in. Like, 'Wow.' Just look at this environment. Whether it's home or away, just look. Look at yourself,” Brisker said during the week before the Illinois game. “You're sitting here in a Penn State uniform. I always take it all in… I'm definitely humbled to be here.”

But Brisker didn’t have to come back to Penn State.

He was rising near the top of a lot of NFL Draft projections for his solid play in 2020, and Pro Football Focus already recognized him as a first-team All-American.

For him and cornerback Castro-Fields, the decision to return was always about the team and not their own goals. They had unfinished business after the 4-5 2020 season, and Brisker said anyone who is faced with a similar decision this year should take a look at the team first.

“If those guys come up to us and ask us, I will always say ‘Think about the team then think about yourself at the end,’” Brisker said. “It’s always a great decision to come back, especially being under Coach Franklin. This is a great program, a great fan base, a great school. The field’s gonna take care of itself. It’s a blessing to come back.”

Castro-Fields was recruited to Penn State out of high school. While dealing with injuries for a big chunk of his career, his fifth and final campaign has been one of his healthiest yet.

When he looks back on his Nittany Lion career, he’ll remember the relationships he made and the things that make Happy Valley so unique.

“Reflecting on all the hard work and all the times with my brothers. I love these guys, and these experiences are one of a kind. [You] couldn't get them anywhere else,” Castro-Fields said. “Little things like that and just reflecting on plays I made in the stadium and things like that. When I walk up there I'm gonna look around at the crowd. It should be a great day.”

Like Brisker, Castro-Fields could serve as a guide for players making a similar decision to come back this offseason.

While he doesn’t know any of his teammates’ specific situations right now, he said everyone needs to be at peace with their own decision no matter what it is.

“I would just tell him 'Trust your heart.' That's the biggest thing. This decision is for you, and at the end of the day when you go to sleep, you have to be happy with the decisions you make. Nobody else can make it for you,” Castro-Fields said. “Whatever it may be, just trust your heart, trust your family, trust the people around you and just make the smartest decision for you.”

Castro-Fields’ second Senior Day walk will give him one last chance to see a Beaver Stadium crowd, culminating his decision to return for a fifth year.

As proud as he is of the relationships he’s made inside the program, he has a special guest joining him on his walk this weekend who may stand above the rest.

“My grandma is going to walk the field with me and my mom, so that's gonna be super special,” Castro-Fields said. “My grandmother hasn't seen me play in so long. For her to be out there and for her to kind of share this last memory of Beaver Stadium with me means the absolute world to me”

Castro-Fields called his grandma Erlinda his “rock” and expressed his gratitude for all she has done for the family. She came to the United States from the Philippines when she was around 50 years old.

Erlinda lives with Castro-Fields, so he spent every day with her during quarantine. He said being around her always brightens his day.

He doesn’t get to see her as often now that quarantine is over, but a road trip to his home state for the Maryland game allowed Castro-Fields to see his family.

“She's my favorite person in the world just because she humbles me and brings me back down to earth when I need it,” Castro-Fields said. “Talking to her, life becomes so simple, and it's not chaotic. She definitely brings peace to me for sure.

Castro-Fields will get to spend his penultimate Beaver Stadium appearance with his favorite person by his side, giving an even deeper meaning to what will likely already be an afternoon filled with plenty of emotions.

“This journey has been amazing. Coming from where I've come from… It took a lot to get here,” Castro-Fields said. “I wouldn't pick any other place in the world to play football and get a degree and fellowship with my brothers.

“This is an amazing opportunity, and I always appreciate Coach Franklin for allowing me to be here and even be here this long.”

Since joining the Big Ten in 2014, Rutgers hasn’t enjoyed a single lick of success, with the exception of its 8-4 inaugural season.

The regular-season home finale is on the horizon for Penn State.