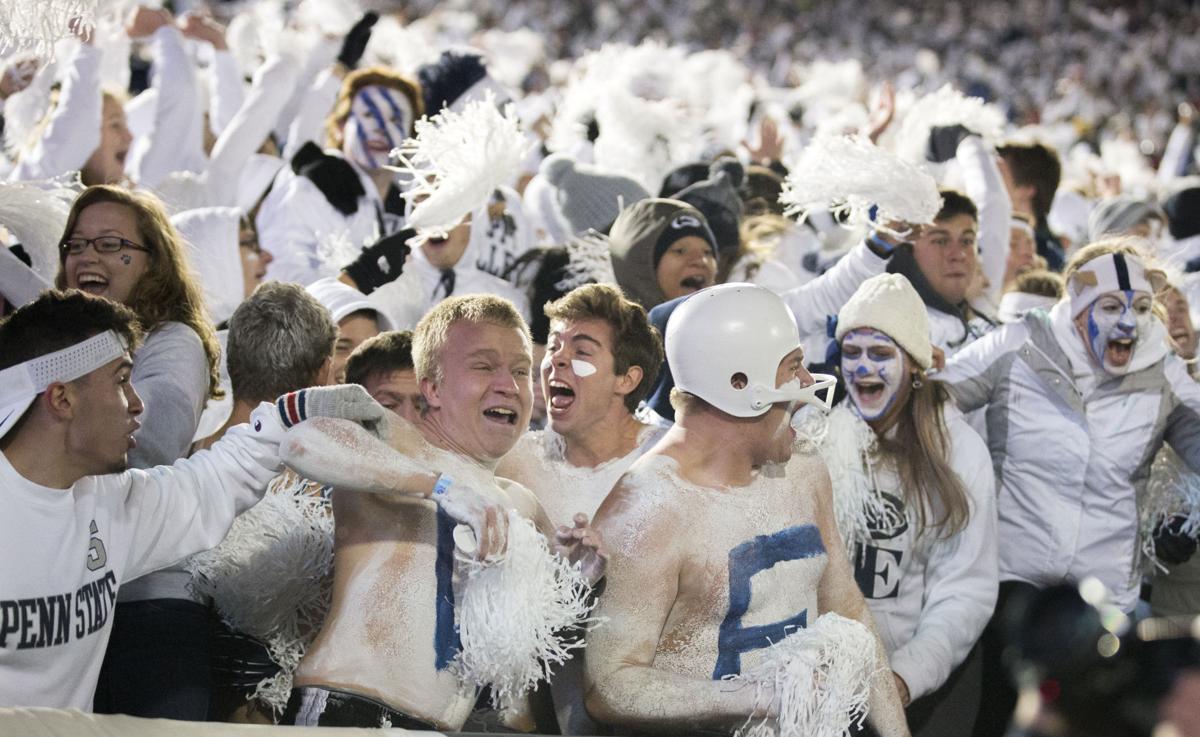 In 2004, Penn State Athletics encouraged students to wear all white to the Nittany Lions October home game against Purdue.

Following a 3-9 season the year prior and already off to a disappointing 2-3 record in 2004, Penn State aimed to bring a new level of electricity to Beaver Stadium when its beloved football team needed it most.

Despite the blue and white’s loss to Purdue that year, the university created one of the most iconic traditions in all of college athletics without even realizing it.

From that year on, Penn State hosted one White Out every season, creating some of the most memorable games and individual moments in the history of college football.

Similar to 2004, the Nittany Lions will need as much of a spark as they can possibly get following a 4-5 2020 season. The record is the program’s worst since the White Out’s inception in 2004.

This year’s upcoming White Out — likely to be played against either Michigan or Auburn — could be one of the most electric showings since the tradition’s establishment.

Here is a look at some of the most iconic White Outs over the course of its 17-year history.

While the 2004 White Out was iconic for being the first in Penn State’s history, the 2005 game against Ohio State was much more memorable.

The 2005 Penn State squad was good. Really good. It may have been one of the best teams in program history.

What made then-No. 16 Penn State’s upset victory against No. 6 Ohio State in 2005 so important is it was the Nittany Lions’ first White Out win. It showed the unique atmosphere of a washed-out Beaver Stadium can indeed impact the outcome of a game.

With a one-score victory, it’s possible Penn State’s 12th man was the extra push the Nittany Lions needed to top the Buckeyes.

Penn State went on to finish the 2005 season 11-1, winning the Orange Bowl against No. 22 Florida State.

While the first three White Outs only encouraged students to dress in all white, 2007 was the first year where the dress code was for all spectators — a change that amplified the electricity of the traditional game to new levels.

However, this wouldn’t be the only change to the young tradition.

The 2007 game was played against a nonconference opponent for the first time — Penn State faced off against Notre Dame.

The Nittany Lions’ game against the Fighting Irish would be one of only two dual-conference White Out matchups since 2004. The second came in a 27-11 loss against No. 3 Alabama in 2011.

Another first in the tradition’s history came in 2007, as it was the first White Out to be decided by a margin other than seven points.

In 2011, Penn State entered arguably the darkest stage in the university’s history.

There hadn’t been much to celebrate for the Nittany Lions by the time No. 18 Michigan rolled into town in 2013. That changed when the Wolverines actually did roll into town in October 2013.

A quadruple overtime classic, Penn State’s 43-40 victory over the Wolverines in the midst of the NCAA’s sanctions on the football program showed that Penn State football — despite nearly receiving the death penalty — was in fact not dead.

The game will always be remembered for Allen Robinson’s heroics at the one yard line, which set up a Christian Hackenberg touchdown with 27 seconds left in the game to send Penn State to overtime.

Three years later, Robinson got a photo of the catch tattooed to his body.

Without any argument, Penn State’s 2016 win over No. 2 Ohio State is the most iconic White Out in the tradition’s history — one could even argue it’s the most memorable game in the blue and white’s entire 128-year history.

Starting the season off on a 4-2 record, many believed James Franklin could be on his way out of Happy Valley prior to the Nittany Lions’ Week 7 matchup with the Buckeyes.

However, after shocking the world and defeating the reigning national champions at home, Franklin’s seat was as cool as ever, and he led his Nittany Lions to a Big Ten Championship and a spot in the Rose Bowl.

While Penn State’s 14-point fourth quarter comeback was impressive on its own, it was Grant Haley’s go-ahead blocked field goal return touchdown that stands out.

Following two straight seven-win seasons in 2014 and 2015, Franklin wouldn’t compile less than nine wins for the next four years, finishing in the top 10 in three of those seasons.

In the latest episode of the Collegian Football Podcast, our Justin Morganstein and Alexis Y…

With NFL OTAs in full swing, it’s inching closer and closer to the start of the 2021 NFL season.