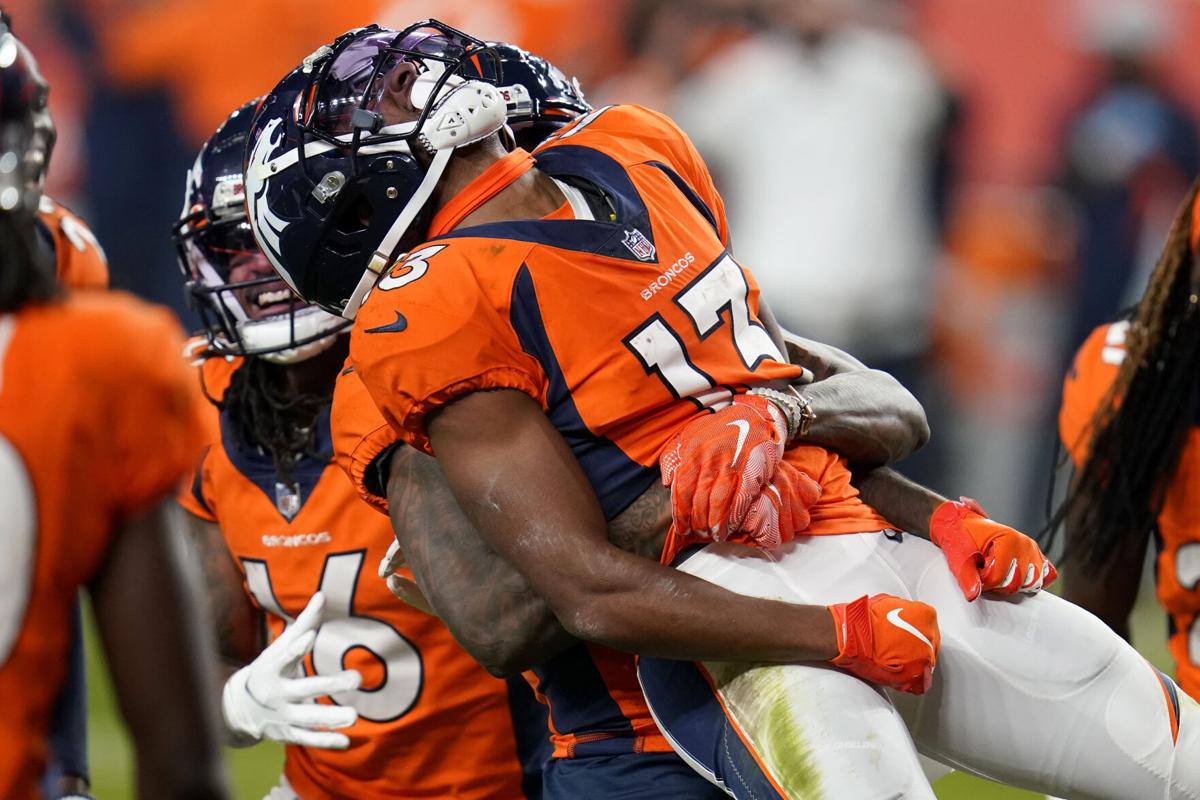 Denver Broncos wide receiver K.J. Hamler (13) celebrates his game-tying touchdown against the Los Angeles Chargers during the second half of an NFL football game, Sunday, Nov. 1, 2020, in Denver. The Broncos won 31-30. 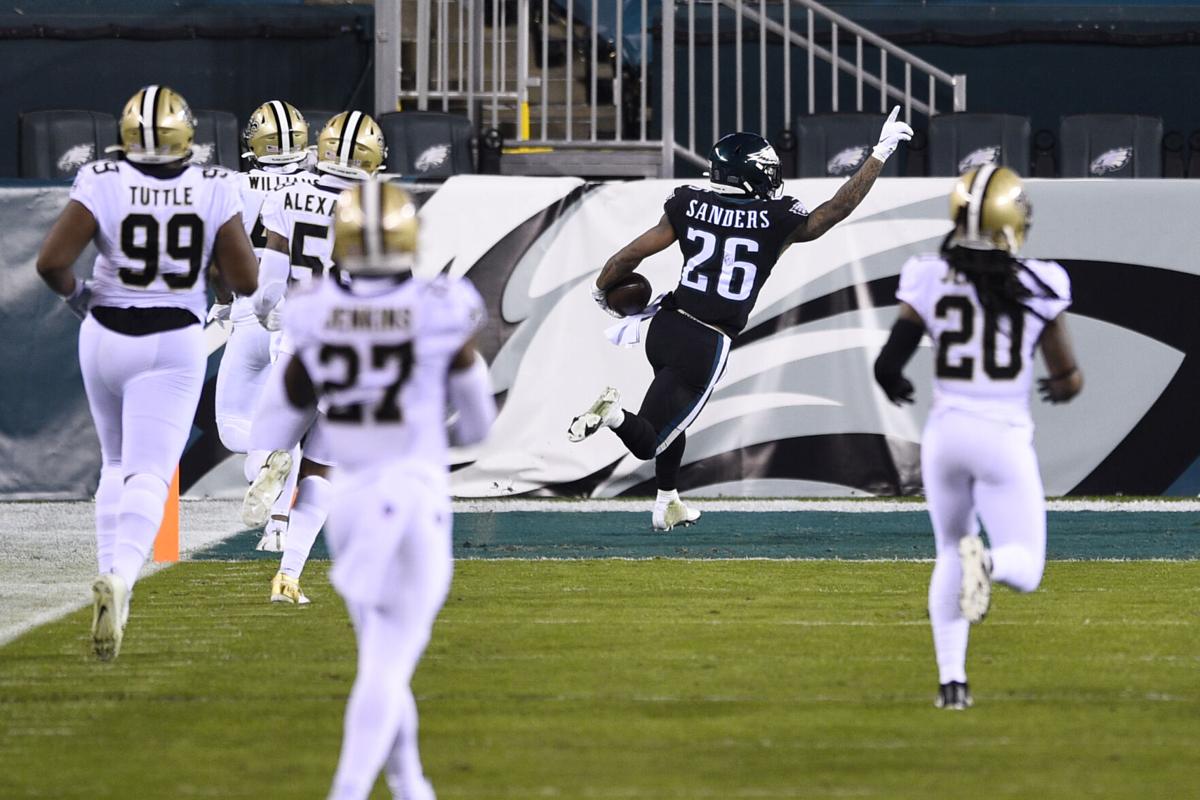 Philadelphia Eagles' Miles Sanders (26) celebrates after scoring a touchdown during the first half of an NFL football game against the New Orleans Saints, Sunday, Dec. 13, 2020, in Philadelphia. (AP Photo/Derik Hamilton)

With NFL OTAs in full swing, it’s inching closer and closer to the start of the 2021 NFL season.

While this has been another unique offseason due to the coronavirus pandemic, it appears the schedule will be played according to plan starting in September.

In anticipation of the season, there are a number of former Nittany Lions who could be in for breakout campaigns in their young football careers.

And with at least some form of offseason workouts taking place this year, it puts players in a better position to seriously improve upon their 2020 numbers and take their game to the next level.

Here are three candidates who could fit that description.

Heading into his second season with the Denver Broncos, KJ Hamler is a prime candidate for someone whose workload could see a significant increase in 2021.

He totaled 381 receiving yards on 30 catches in 13 games and hauled in three touchdown passes, but he was just one of a number of young receivers in what turned out to be a mediocre Bronco offense.

It would make sense for the speedy Hamler to take on a bigger role, as his run-after-the-catch ability is something that could benefit quarterbacks Teddy Bridgewater and Drew Lock, who have struggled with deep ball accuracy at times.

And with former Alabama star Jerry Jeudy and a healthy presumed No. 1 Courtland Sutton likely to be the focus of defenses, Hamler will often be matching up against non-No. 1 corners when he is on the field.

So while the lack of talent at the quarterback position may be apparent in Denver, Hamler could be relied on in the short game — something he did so well in Happy Valley.

He additionally was introduced to kick/punt returning last year, which could continue this season considering the production Hamler had at that spot with the Nittany Lions.

If this were a year ago, Miles Sanders would have been the clear No. 1 on this list.

But the breakout season many were anticipating for Sanders never really panned out as he even took a step back from his rookie season.

His total scrimmage yards were down significantly from his rookie season, mainly because he had 197 yards receiving after posting over 500 in his first year.

It can be argued that the entire Eagles offense underperformed last season, and the sudden change from Carson Wentz to Jalen Hurts at quarterback had an impact on team production. Plus, he dealt with an injury that kept him out of four games.

But with new head coach Nick Sirianni, year three could be when Sanders takes his game to the next level.

Running backs flourished in Indianapolis under Sirianni in 2020, as young runners Jonathan Taylor and Nyheim Hines had breakout years en route to a playoff berth.

Sanders could be seen as a hybrid between those two players with his versatility in the running and passing games, and he is sure to be an ideal fit for Sirianni’s offense this season.

But if dropped passes continue to be an issue for the 5-foot-11 runner, his role could be more limited than what many people project.

In a complete defensive rebuild for head coach Matt Rhule, Gross-Matos was a part of a developing defensive unit that struggled at times last year, but he should continue to see some positive growth as 2021 arrives.

When they drafted him, the Panthers got a physically imposing defensive lineman who has the chance to turn into a nice player in Carolina. However, they also knew it could take time for his game to be fully polished.

He will also have the chance to learn from recently-signed veteran edge rusher Haason Reddick, who comes to Carolina this season after a number of years in Arizona.

Gross-Matos’ 36% of snaps played should increase in year two, and being a part of some solid young depth could free him up at the line of scrimmage.

What will be most critical for the former Penn State pass rusher is maintaining his health after he missed time last year due to ankle and concussion issues.

With consistent reps and talent around him, Gross-Matos can certainly channel the production he showed in college, where he had 17 sacks over his final two years.

In 2004, Penn State Athletics encouraged students to wear all white to the Nittany Lions Oct…

Braden Halladay, son of Roy Halladay, to transfer away from Penn State baseball

A notable relief pitcher is transferring away from the Penn State program.