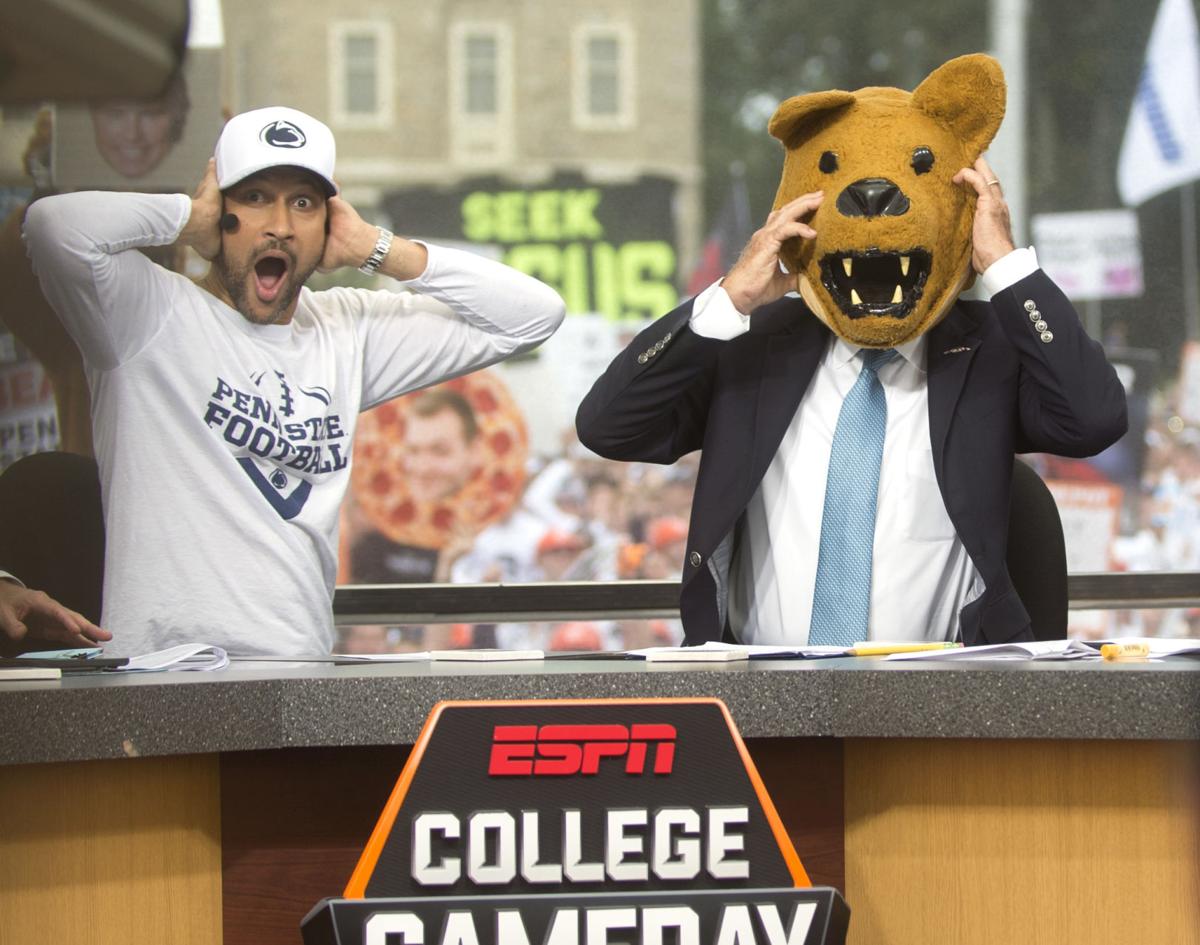 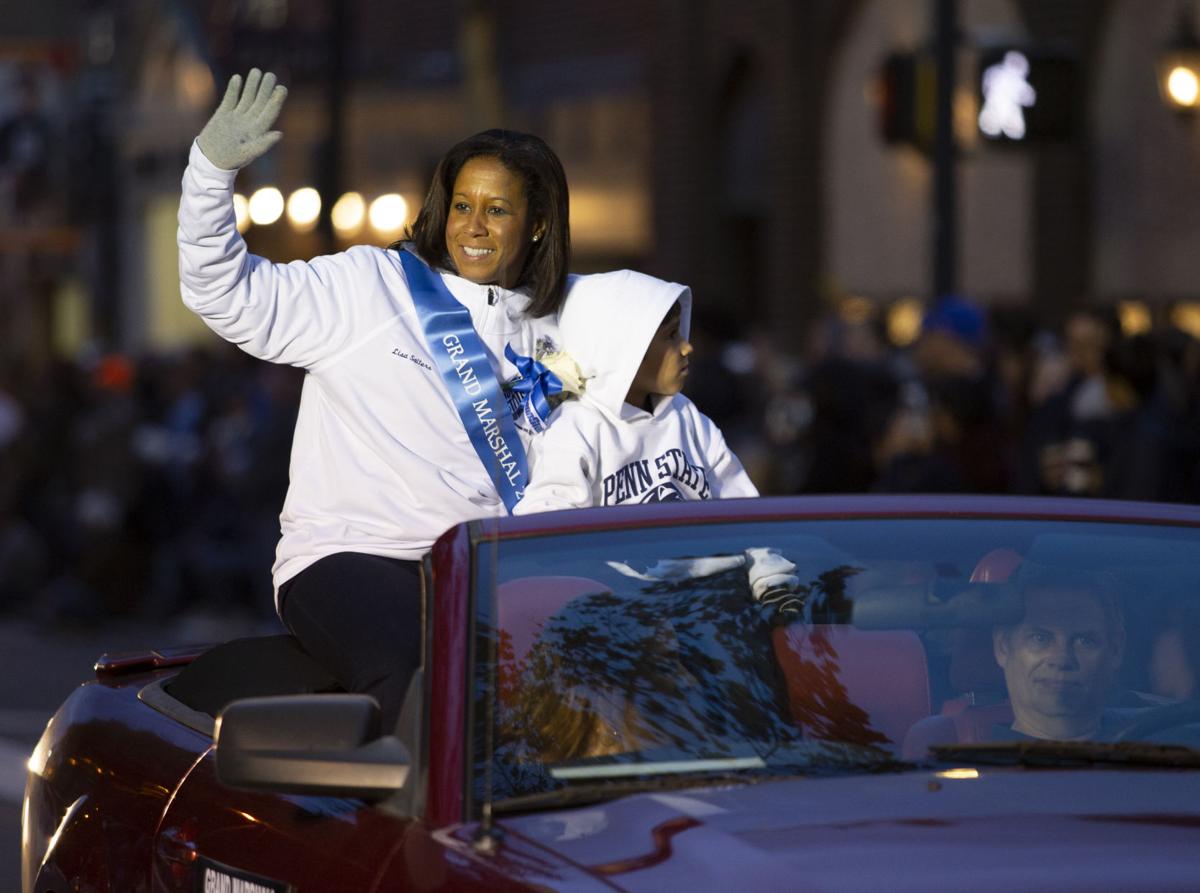 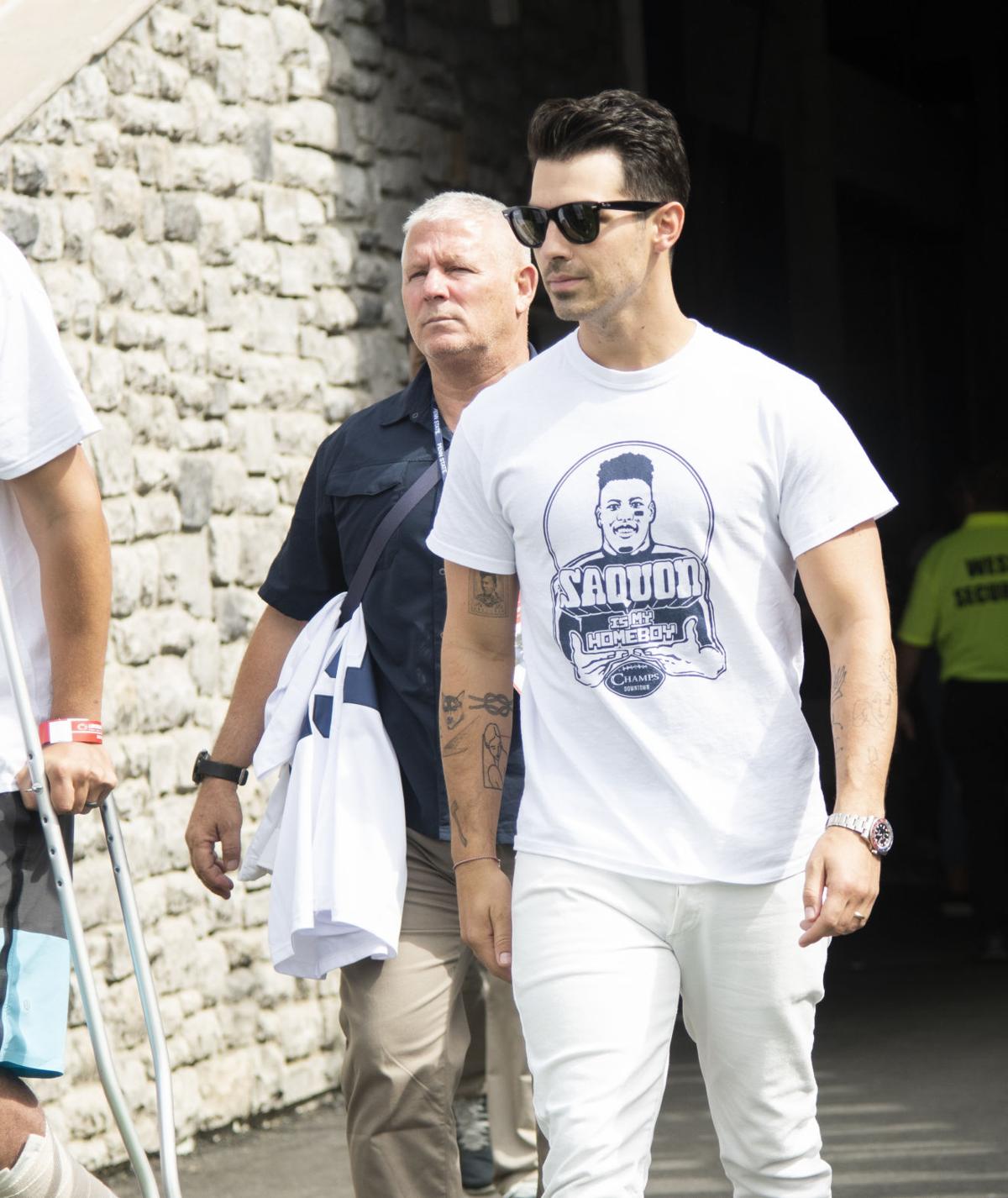 Joe Jonas walks into Beaver Stadium during the season opener against Idaho on Saturday, Aug 31, 2019. No. 15 Penn State defeated Idaho 79-7.

ESPN’s College GameDay is headed to Happy Valley this week as Penn State football takes on Auburn in its annual White Out.

College GameDay heads to one campus every week to highlight the most noteworthy collegiate football game and puts together a three-hour program.

The crew picks a winning team from the slate of games during the last segment, capping the show off with the picks for the on-site contest. And, the regular hosts also invite a surprise celebrity guest picker.

This begs the question: Who will be this week’s celebrity guest picker for Penn State vs. Auburn?

Here are some celebrities and former Nittany Lions who could surprise the crowd Saturday.

Mauti has since departed from the NFL, but his legacy in Happy Valley is set in stone.

Mauti hinted on Twitter that he would be on campus for this year’s White Out on Saturday, making it possible that he could be the guest picker for this week.

A player of his caliber would be a viable guest for College GameDay and the crowd of blue and white that gathers behind it.

Keegan-Michael Key is an actor known for his comedy skits and his Comedy Central show he co-hosted called Key & Peele.

Key was a graduate student at Penn State and is a well-known supporter of its football team.

Moreover, Key has been involved with the Nittany Lions pretty frequently in the past — most notably for pulling pranks on athletes and impersonating James Franklin.

One thing to note is that Key was the guest picker for the 2018 White Out versus Ohio State, so it may lessen his chances of appearing this year.

Lisa Salters graduated from Penn State in 1988 and has been heavily involved with professional sports as a reporter — namely the NFL and NBA.

On top of getting her degree in broadcast journalism, Salters was also an athlete on the Penn State women’s basketball team.

Salters is currently the longest-tenured sideline reporter for Monday Night Football and is also a courtside reporter for the NBA season. She also co-hosts ESPN’s E:60 documentary series.

Her experience in the professional sports world and with Penn State Athletics certainly makes her an intriguing possibility for the guest picker.

The two-time World Cup winner was on campus the last time College GameDay was in Happy Valley, which was the White Out against Michigan in 2019.

This is an opportunity to bring an Olympian and former Penn State athlete on to the set after Krieger was slighted in 2019.

Even though the Jonas Brothers didn’t go to Penn State, they have still been involved with the Penn State community and have become fan favorites around campus.

The Jonas Brothers’ manager Phil McIntyre is a State College native. And, the group has seemingly enjoyed its time in Happy Valley since it first performed a surprise show at Champs Downtown in April 2019.

Considering the current trend of entertainers being selected as guests so far this season, the Jonas Brothers could easily find themselves on the College GameDay set.

While many football fans are excited over the recent return of college football, this past w…

It’s only Week 1 in the NFL, but Monday night’s matchup between the Las Vegas Raiders and Baltimore Ravens is already a contender for game of …