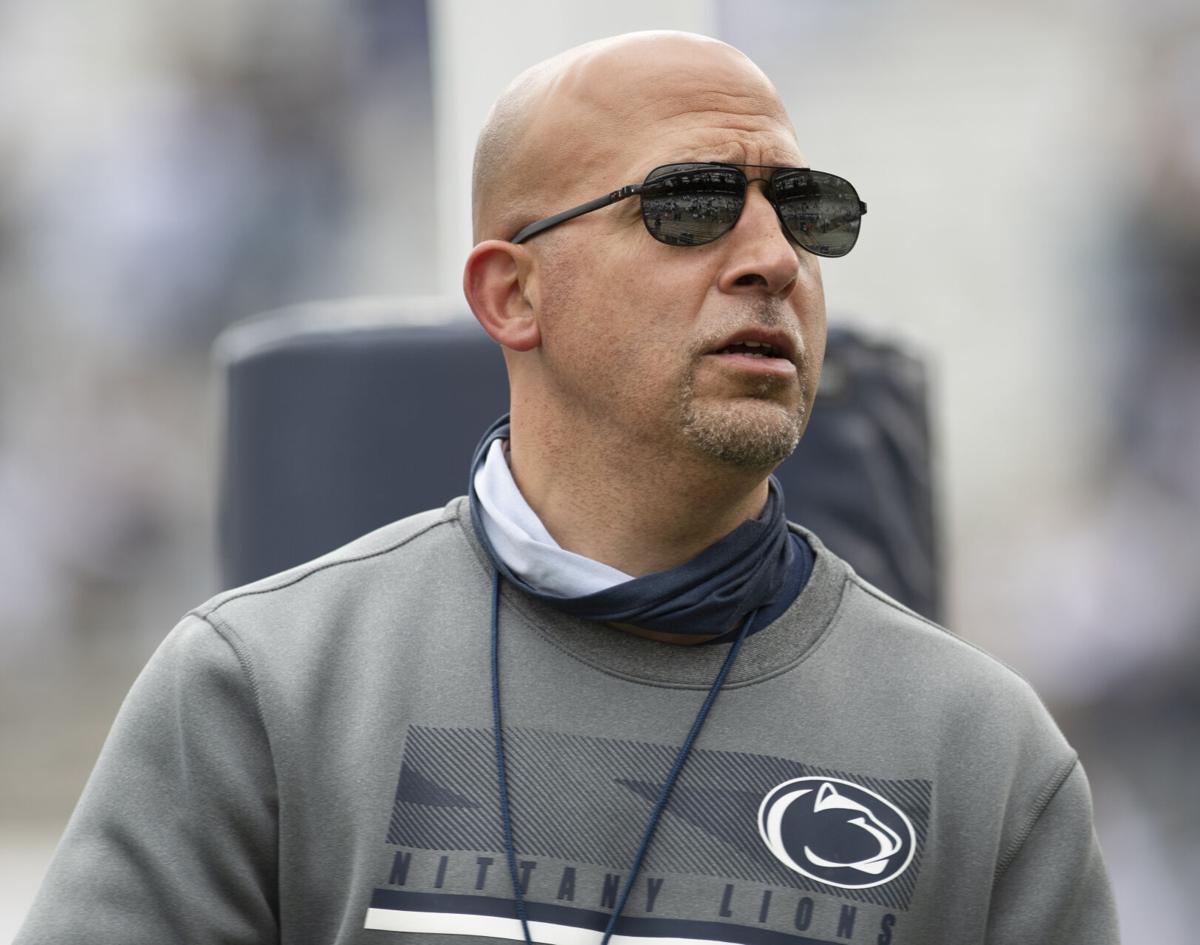 Dani Dennis-Sutton, a 4-star recruit and the highest Penn State commitment since Curtis Jacobs in 2020, announced his pledge to the Nittany Lions last Thursday and solidified a top-tier 2022 defensive line class.

Dennis-Sutton also just so happens to hail from the McDonogh School in Maryland, the alma mater of Jacobs and a number of other current Penn State players.

The 6-foot-5, 250-pound specimen is one of the most highly touted defenders in the nation, and there’s good reason why.

While many of his highlights include offensive linemen simply refusing to block Dennis-Sutton — this isn’t surprising, a 6-foot-5 16 or 17-year-old is pretty terrifying — he’s put plenty of eye-popping plays on tape.

In this first clip, Dennis-Sutton shows great use of his hands and leverage. He naturally has a size advantage over just about every lineman, but he does a phenomenal job of getting his hands outstretched on the offensive lineman first.

After engaging and extending himself, Dennis-Sutton has all the leverage and can do whatever he wants with the lineman. He rips through and forces the quarterback to hurry the throw while still doling out some heavy punishment.

Here, the McDonogh product’s play recognition and football IQ is on full display.

He immediately recognizes the quick pass set of the guard in front of him and the one-step drop from the quarterback, allowing him to forgo a pass rush and bat the ball down.

Being able to read the pass set that quickly at 17 years old is ridiculously high level, and Dennis-Sutton’s athleticism and frame takes over from there.

Dennis-Sutton understands the mismatch he has in front of him in this play and opts for a bull rush to get to the quarterback. He simply overpowers the guard before shoving him away and making the play on the quarterback.

The speed off the line of scrimmage for Dennis-Sutton is scary, as he’s in the guard’s face on this play virtually before his hand is even off the ground.

The 4-star’s speed and athleticism isn’t fair for his size, and Franklin is clearly getting a high-motor player in his 2022 class.

Dennis-Sutton embarrassed a double team before hounding the opposing quarterback down near the sideline. He repeatedly doesn’t give up on plays and makes chase down tackles when the play is well outside of his gap.

Blocking Dennis-Sutton with a fullback or tight end is a death sentence for a ball carrier.

He takes the fullback block head on here and fights through to tackle the running back at the same time. He is simply too good for a high school tight end or fullback to block, and his size and strength are unmatched for his age.

Franklin and Scott Jr. are bringing in one of the most polished prospects Happy Valley has seen in years in Dennis-Sutton. His strength, speed and size translate instantly to a Division I football player, and he should see action as soon as he steps on campus.

What would Penn State wrestling look like if Cael Sanderson was never hired? | Opinion

There have been more than a few examples of dynasties in college sports.

Two Penn State players found themselves amid a list of the nation's best offensive linemen Tuesday.

Multiple recruiting pipelines have developed and strengthened throughout the James Franklin era in Penn State football.