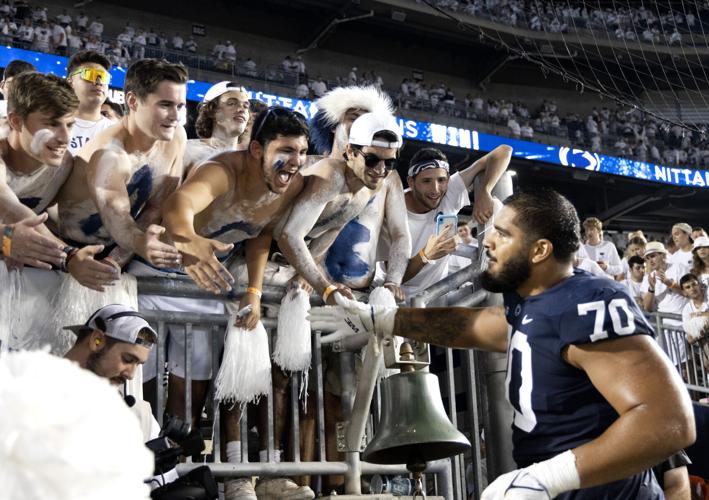 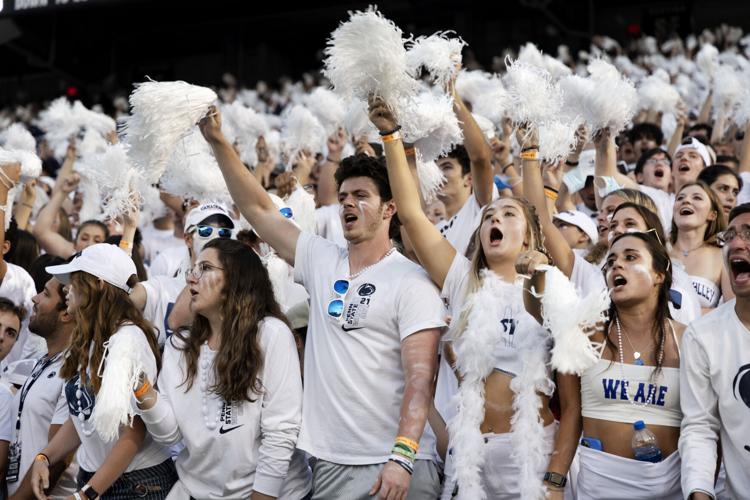 It should be Ohio State, regardless of time

Typically played under bright lights and aired on prime-time television, multiple signs have pointed to a nontraditional White Out in 2022 — one played at noon.

If not on ESPN, it’s likely that FOX will pick up the game. But with the World Series potentially set to air the same day on Oct. 29, Penn State-Ohio State would likely have to be moved earlier in the day.

The other option? Play the White Out against Minnesota a week earlier.

Dubbed by some as the “Greatest Show in College Sports,” Penn State’s White Out has dazzled Beaver Stadium spectators for nearly two decades and typically features one of the toughest opponents on schedule.

Sure, there’s recent history between the Nittany Lions and Golden Gophers, but is their 2022 matchup really worthy of White Out glory? Probably not.

It’s been 12 years since Penn State’s White Out opponent was unranked, last coming in a 41-31 win over Michigan in 2010.

The White Out always brings the most out of Penn State’s fans, so why not schedule it against the toughest home opponent of the season?

The Nittany Lions made the mistake of dubbing Indiana as its Stripe Out adversary, a year after falling to the Hoosiers in Week 1 of the 2020 season.

Ahead of the 2022 season, it’s important for all college football fans to know this: Ohio State is going to be really, really good.

2021 Heisman candidate C.J. Stroud is back for another year after a 4,435-passing-yard, 44-touchdown redshirt-freshman season. He’ll have second-team All-Big Ten running back TreVeyon Henderson beside him, who will play his sophomore season this fall.

Former Ohio State wide receivers Garrett Wilson and Chris Olave were selected at No. 10 and 11 overall in the first round of April’s NFL Draft.

There are still question marks surrounding the Buckeyes’ defense, but with a new defensive coordinator in Jim Knowles and an edge budding with potential, Ohio State has as much of an opportunity as it’s ever had to win a national title in 2022.

With that being said, Minnesota would be lucky to finish the season ranked.

For much of the past decade, the Buckeyes have been nearly unstoppable in conference play. Penn State is the only team in the Big Ten that consistently comes close to beating them.

In the 2016 White Out, the Nittany Lions handled business against the scarlet and gray via Grant Haley’s blocked-field-goal touchdown return, spurring a new generation of Penn State football.

A fourth-quarter collapse left Ohio State victorious by one point the next season, which was replicated when the Buckeyes returned for the 2018 White Out.

Regardless of the two losses, it became clear that Penn State can compete with Ohio State, especially when all 107,000 of its fans are in attendance, donning all white and screaming at the tops of their lungs.

Whether at noon or prime time, it doesn’t really matter. Scheduling the White Out for Oct. 29 gives Penn State the best opportunity to beat one of the nation’s top teams, the Buckeyes, and make a potential run at a conference championship and all that could follow.

A White Out during the day isn’t a White Out

Penn State’s 2022 White Out opponent is up in the air, and signs are pointing to it being either Ohio State with a noon kickoff or Minnesota under the lights.

In 2021, the Nittany Lions picked SEC opponent Auburn for the White Out, moving away from its eight-year tradition of having the White Out be either Michigan or Ohio State.

There should be no problem having Minnesota be the opponent, as Penn State already mixed it up by throwing Auburn into the mix.

The 2021 Michigan kickoff was at noon, so Penn State decided to have the SEC-Big Ten bout be Penn State’s biggest game because there’s no better time for the coined “Greatest Show in College Sports” than prime time.

Penn State’s White Out this year should remain in prime time, setting it up for a matchup of East and West with the Nittany Lions taking on the Golden Gophers on Oct. 22.

In previous years, Penn State had a history with Ohio State thanks to the 2016 White Out win, bringing the blue and white back into the spotlight.

However, there’s some more recent history between the Nittany Lions and the Golden Gophers.

In 2019, Penn State was marching through the Big Ten, heading into a road matchup with Minnesota at 8-0 with a No. 4 ranking next to its name.

The Nittany Lions were in the Top 4 and just had four more opponents in the way of their first College Football Playoff bid.

Minnesota didn’t care if Penn State was rolling because the Golden Gophers came out swinging, upsetting the Nittany Lions 31-26.

After the loss, Penn State lost to Ohio State in Columbus, which knocked the Nittany Lions out of playoff contention.

If the blue and white avoided the upset then, a one-loss Penn State team had a really good shot at making the playoff.

The 2019 showdown was also the first and only meeting between quarterbacks Tanner Morgan and Sean Clifford, and now in 2022, both quarterbacks are back for their final season.

The Nittany Lions added Auburn to its list of teams it has beaten during the White Out in 2022. Minnesota has never faced Penn State during a White Out, so the Golden Gophers could be another victim added to the five it already has in tow.

The Golden Gophers have six opponents before the Nittany Lions with their biggest challenger being Michigan State on the road, so there could be a chance Minnesota heads to Happy Valley undefeated, adding more juice to the game.

Other than the history between the two teams, a White Out during the day is not a true White Out.

The white shirts of the fans contrast the best under the night sky, and the fans are more amped up for a night game than a noon kickoff. Not to mention the White Out’s fireworks wouldn’t work quite the same under the sun.

For a noon kickoff, fans have to wake up early in the morning to get down to Beaver Stadium, leaving less time to tailgate and get ready for the game, too.

A night game allows for the fans to have the whole day to tailgate and get pumped for the White Out.

Penn State’s three least-attended home games in 2021 were during the day in Ball State, Villanova and Illinois.

The Nittany Lions want as many fans there as possible, so the best way to do that is to have the kickoff later in the day.

Ohio State and Penn State may have bigger history, but there’s also history with Clifford and Morgan going at it again.

A noon kickoff is not what the White Out was built for. It was made to have the most eyes on it as possible, and the only way to do so is under the lights in prime time.

The kickoff time and broadcast network for one of Penn State’s toughest 2022 opponents has been announced.

Just snapping a photo on some printer paper hatched the idea for a company that has now evolved into signing its first athlete through name, i…