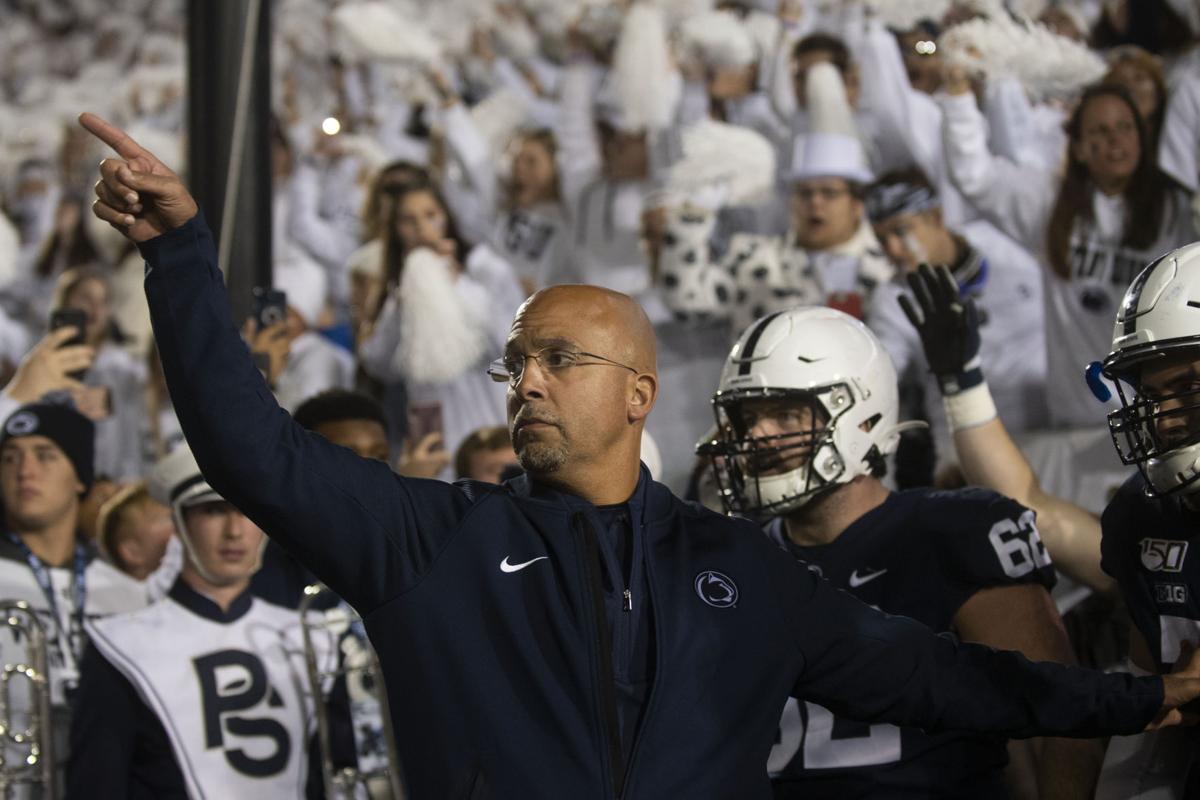 Head coach James Franklin leads the team onto the field before the game against Michigan at Beaver Stadium on Saturday, Oct. 19, 2019. Penn State defeated Michigan 28 -21. 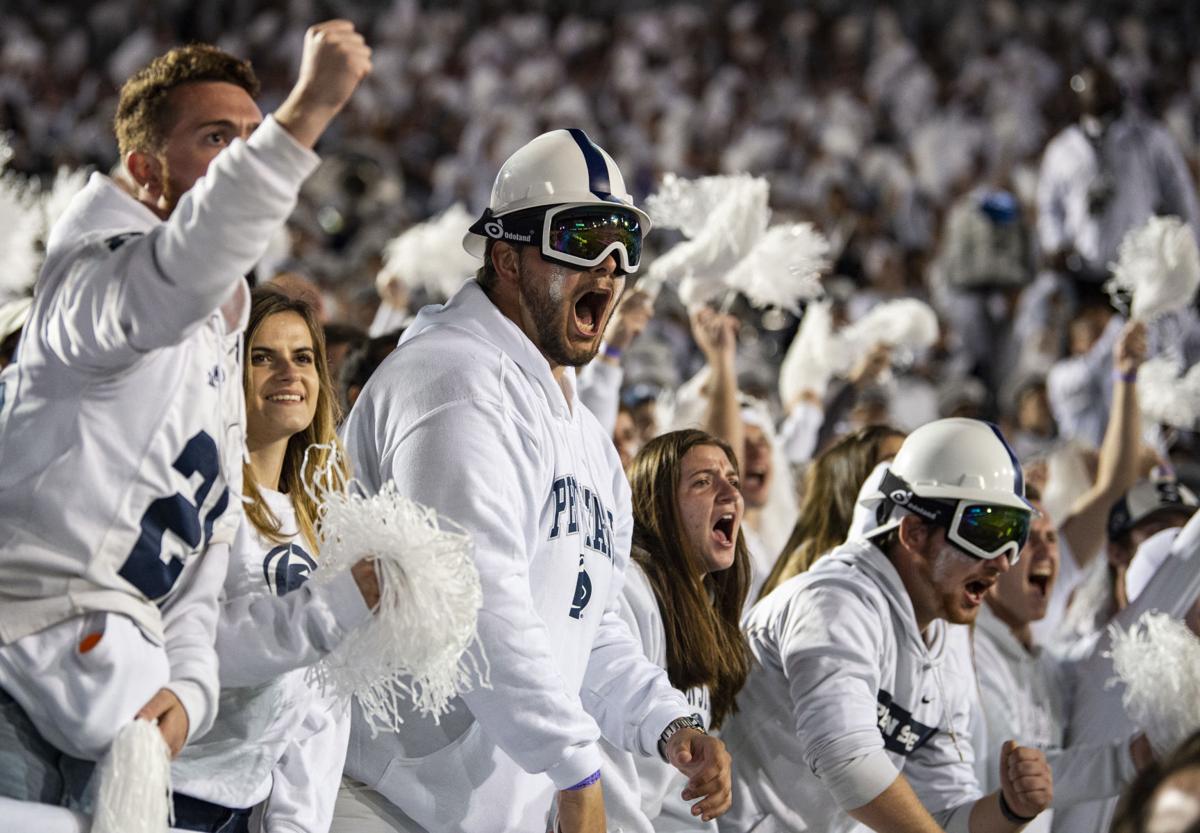 Penn State fans yell during a Michigan third down during the White Out game against Michigan on Saturday, Oct. 19, 2019. No.7 Penn State defeated No.16 Michigan. 28-21. 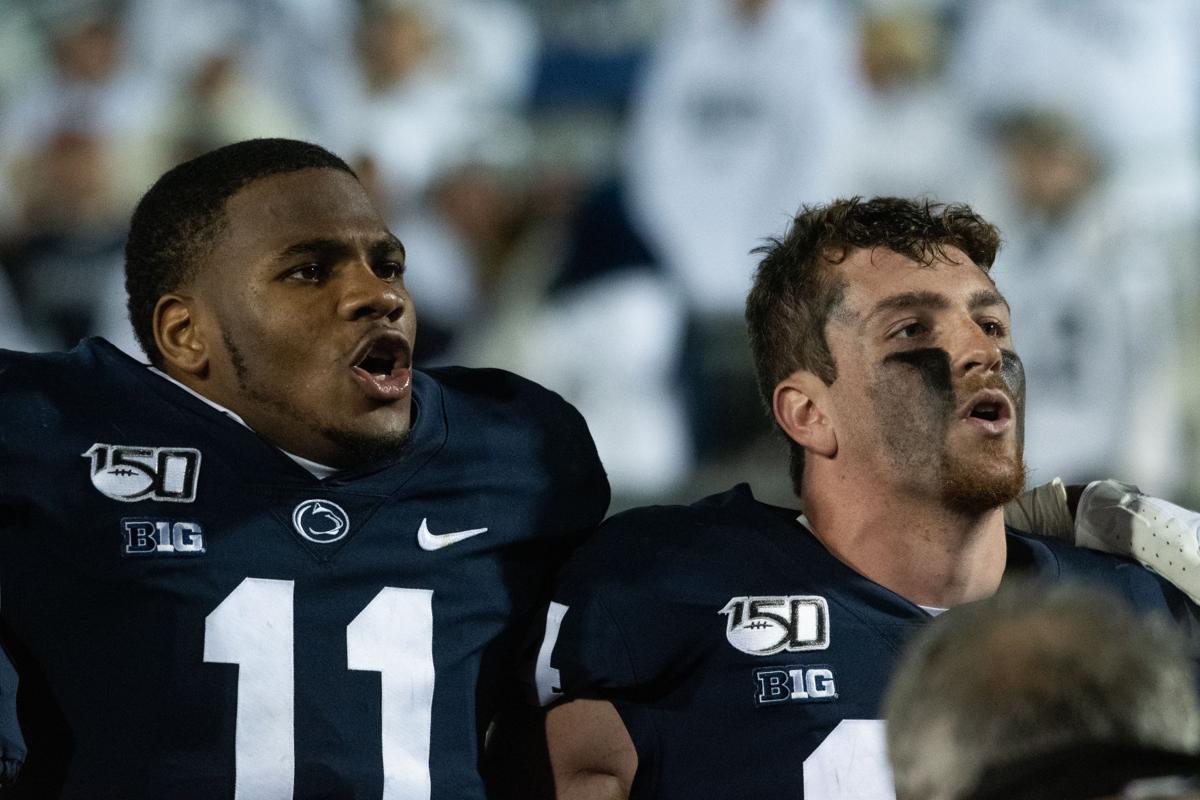 As James Franklin and the Nittany Lions walk up the south end zone tunnel at Beaver Stadium, the anticipation would be high as always with a new chapter about to be written in the long history of Penn State football.

But as the team gets to the gates, ready to take the field for the first time in 2020, things could look a little different.

Instead of running out to over 100,000 screaming fans, the Nittany Lions could enter in utter silence.

The possibility that Penn State plays football games without fans is very real.

In what would be a precautionary measure to ensure the health and safety of students as well as fans, there is no doubt this would have a tremendous effect on the outlook of Penn State’s season.

While the Nittany Lions will still likely play their games within the steel confines of their historic stadium, it’s the people who make the structure so unique.

The home field advantage Beaver Stadium has brought over the years is second to none in terms of college football atmospheres, with a consistent backing by the Penn State faithful that brings blaring noise — which not only assists the Nittany Lions, but hinders other teams.

The best example may just be from last season; in the teeth of the famous White Out, the Michigan offense led by quarterback Shea Patterson took the field for the first drive of the game.

As Sheck Wes’s "Mo Bamba" transitioned to screaming chaos as the play clock wound down, Michigan had to take its first timeout before it could even get a single snap off due to the frenzy Beaver Stadium was to start the game.

This raucous and chaotic start led to a 21-0 Penn State lead as the Wolverines looked to be stunned by the energy the fans brought to begin the primetime matchup.

And by the time that Jim Harbaugh’s team was able to catch its breath and make a comeback, it was already too late.

So in 2020, instead of the wave of sound that Penn State’s program is used to, it could be replaced by a hush and echo which will make for a unique but also sad setting.

Running out to the sight of empty bleachers and a vacant student section will surely be a bit demoralizing for any team who plays a home game next season. But for a team like Penn State, which has gone undefeated at home in three of its last four seasons, it makes for a huge disadvantage.

And although this will be a disadvantage for every home team in the country, teams like Penn State will suffer the most with its 12th man watching on their TV screens instead of being packed under the lights and in the shadow of Mt. Nittany.

Justin Morganstein is a football and basketball reporter at The Daily Collegian. He is a junior studying journalism with a minor in sociology.