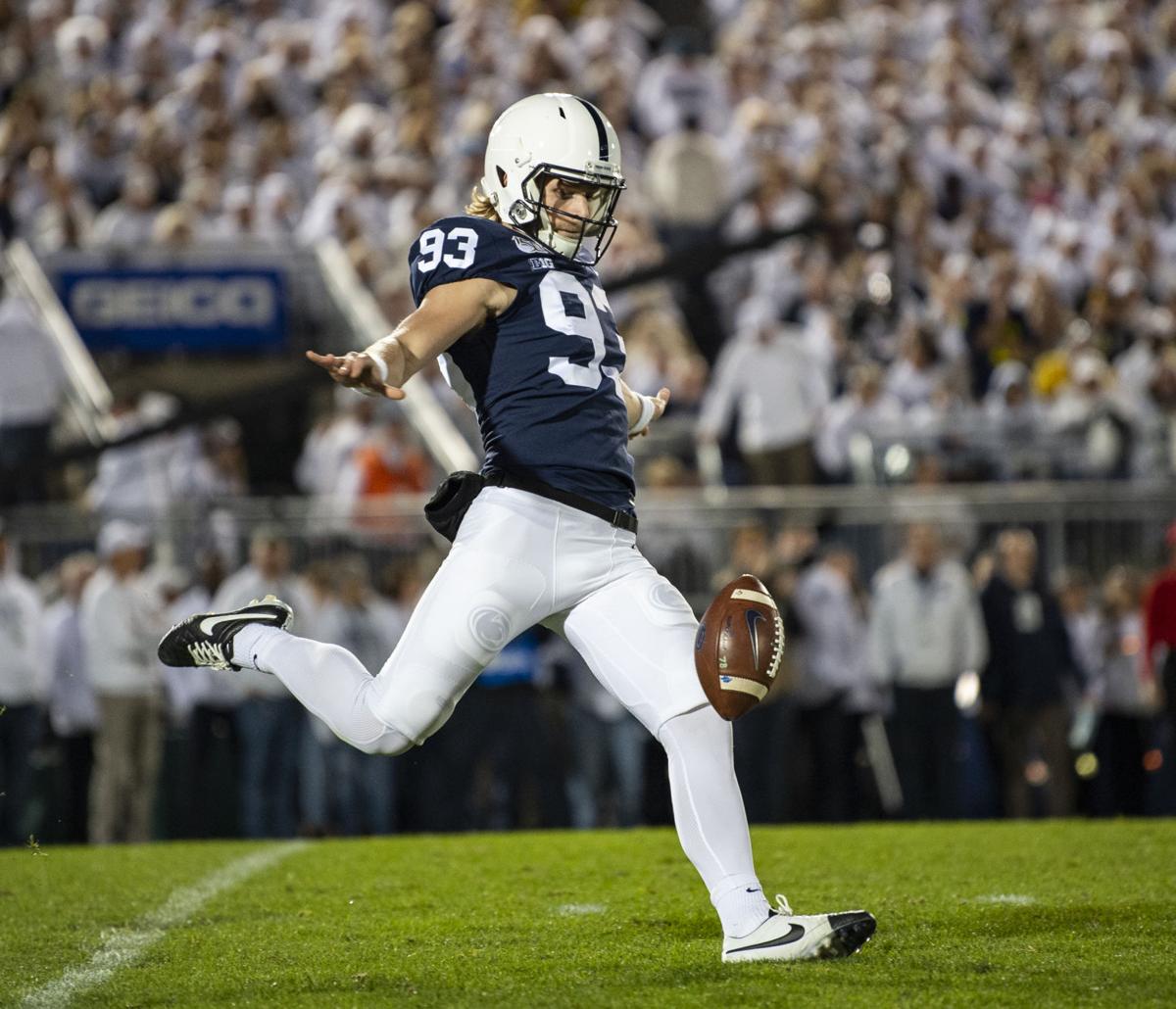 Punter Blake Gillikin (93) makes a punt during the White Out game against Michigan on Saturday, Oct. 19, 2019. 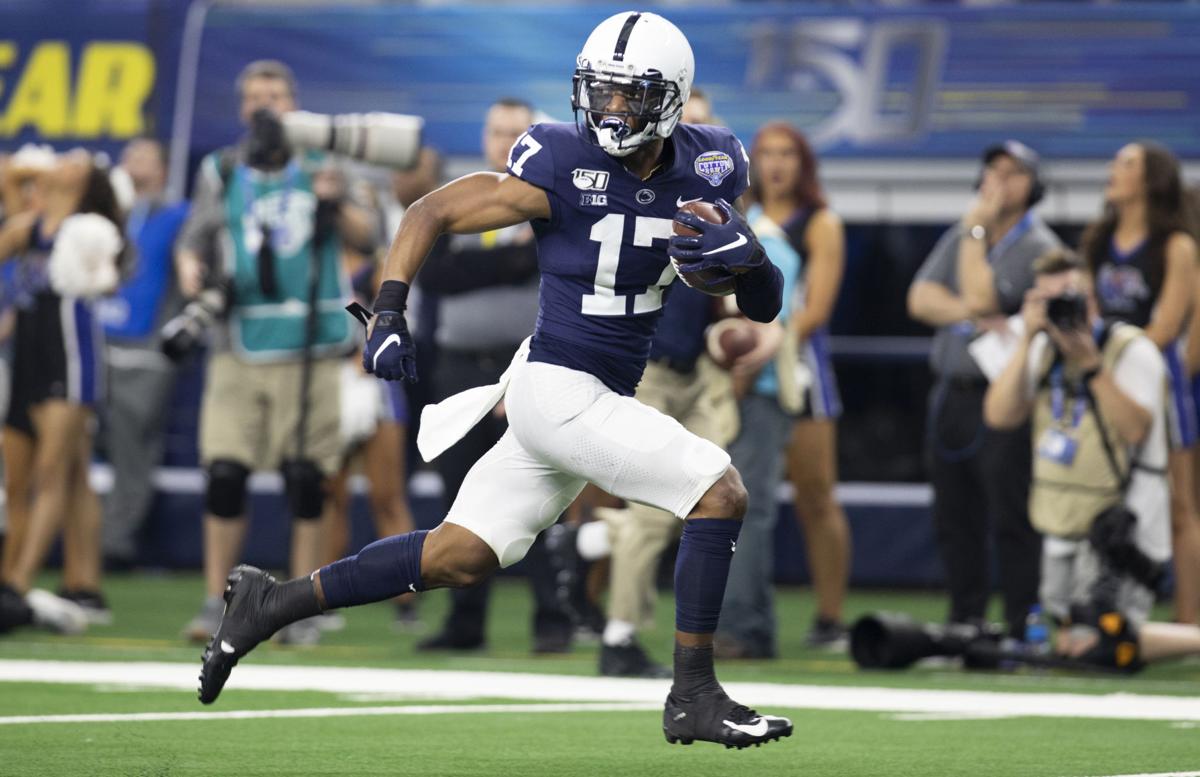 Safety, Garrett Taylor (17), runs into the endzone after intercepting a pass during the 84th Cotton Bowl Classic, at the AT&T Stadium in Arlington, Tx. on Saturday, Dec. 28, 2019. Penn State secured its 30th bowl win after defeating the University of Memphis 53-39. 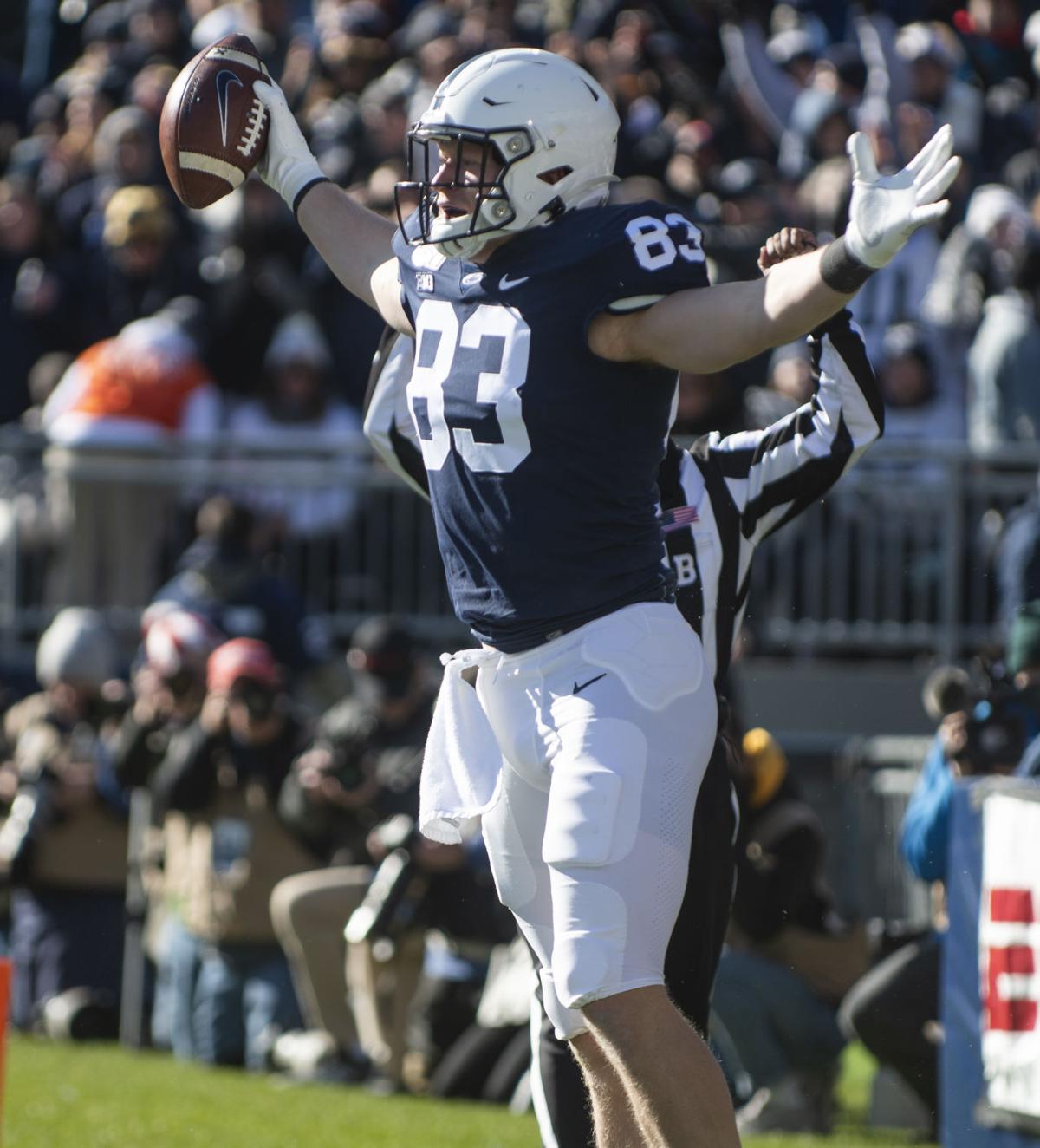 Nick Bowers (83) celebrates a touchdown during the game against Indiana on Saturday, Nov. 16, 2019 at Beaver Stadium. The Nittany Lions defeated the Hoosiers 34-27.

While Penn State is expected to have multiple former players be drafted in the NFL Draft this weekend, a few aren't likely, but will find homes as undrafted free agents.

Here is a closer look at the rest of the draft eligible former Nittany Lions.

Gillikin likely won’t hear his name called during the 2020 NFL Draft, but in the hours following the conclusion of round seven he will be on the radar of a handful of teams to sign as an undrafted free agent.

Gillikin made his case as one of the best punters in Penn State history and last season James Franklin even said that he thought his punter would be even better in an NFL-setting.

Taylor was a leader in the secondary for the Nittany Lions and one of the smartest players on the defense as well.

There’s a chance a team takes a late-round flyer on Taylor, but if not he will likely have the chance to compete for a roster spot as an undrafted free agent.

Johnson is slightly undersized at the linebacker position, but he showed great instincts and leadership in his last season at Penn State.

He is a fringe late-round prospect that could find a home in free agency after the draft.

In his senior season, Bowers got his chance to shine as the No. 2 tight end behind Pat Freiermuth when Penn State went to its 12-personnel.

Bowers had multiple big plays over the year and also held his own as a run-blocker.

Another possible late-round pick, Bowers may end up undrafted.

Chisena is an interesting prospect as he has rarely seen the field at the receiver position and struggled to produce, but his blazing speed and performances on special teams have been impressive.

Chisena, a former track athlete, could catch the eye of a savvy general manager looking for a player who could make an impact on special teams and develop in other areas of his game as well.

Penn State football draft guide: Everything you need to know about former Nittany Lions ahead of the NFL Draft

Here is everything you need to know about eligible Nittany Lions before the NFL Draft takes place.

Evan Patrick is a football and basketball reporter at The Daily Collegian. He is a senior studying digital and print journalism with minors in business and liberal arts and labor employment relations.