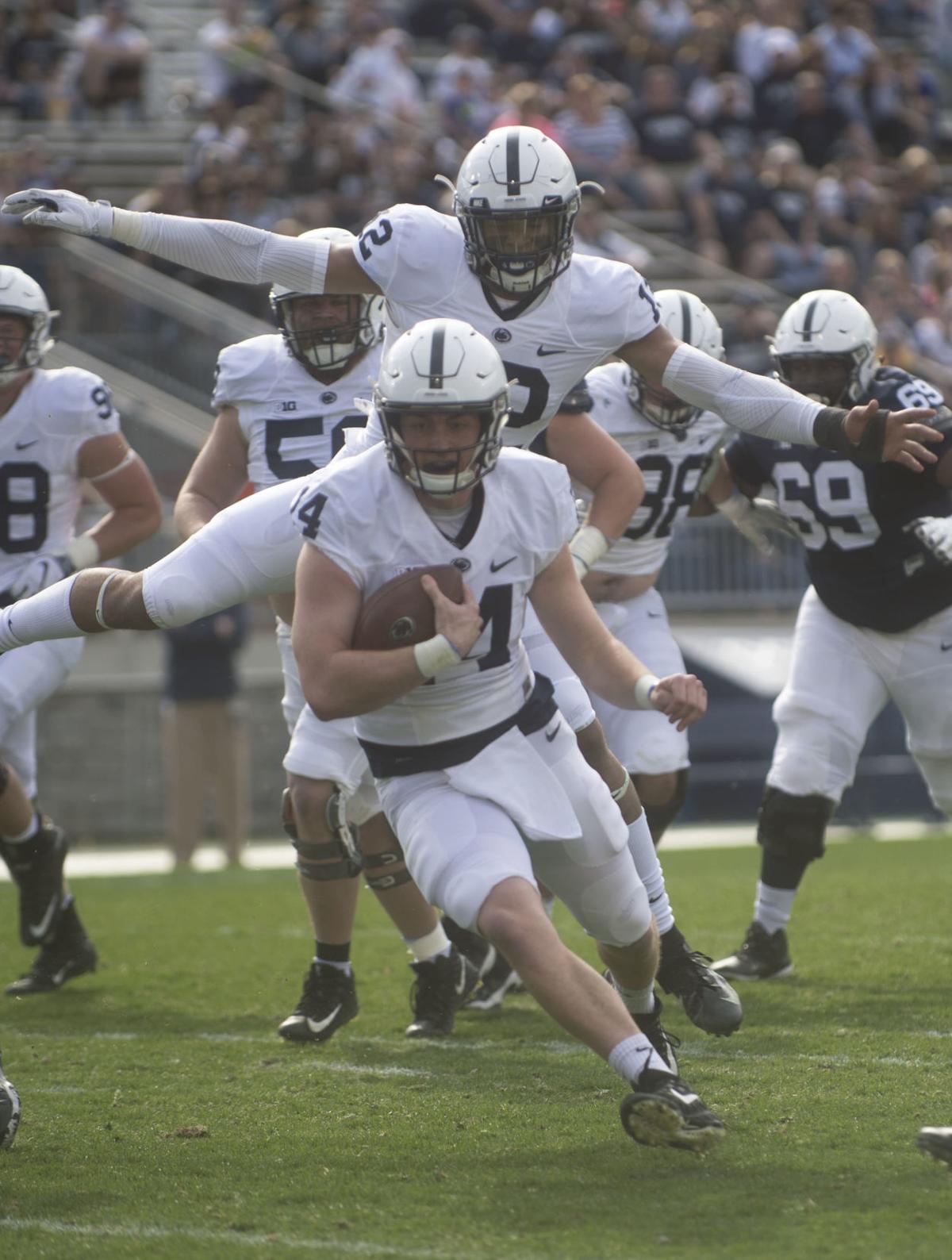 Quarterback Sean Clifford (14) runs with the ball during the Blue-White game at Beaver Stadium on Saturday, April 13, 2019. 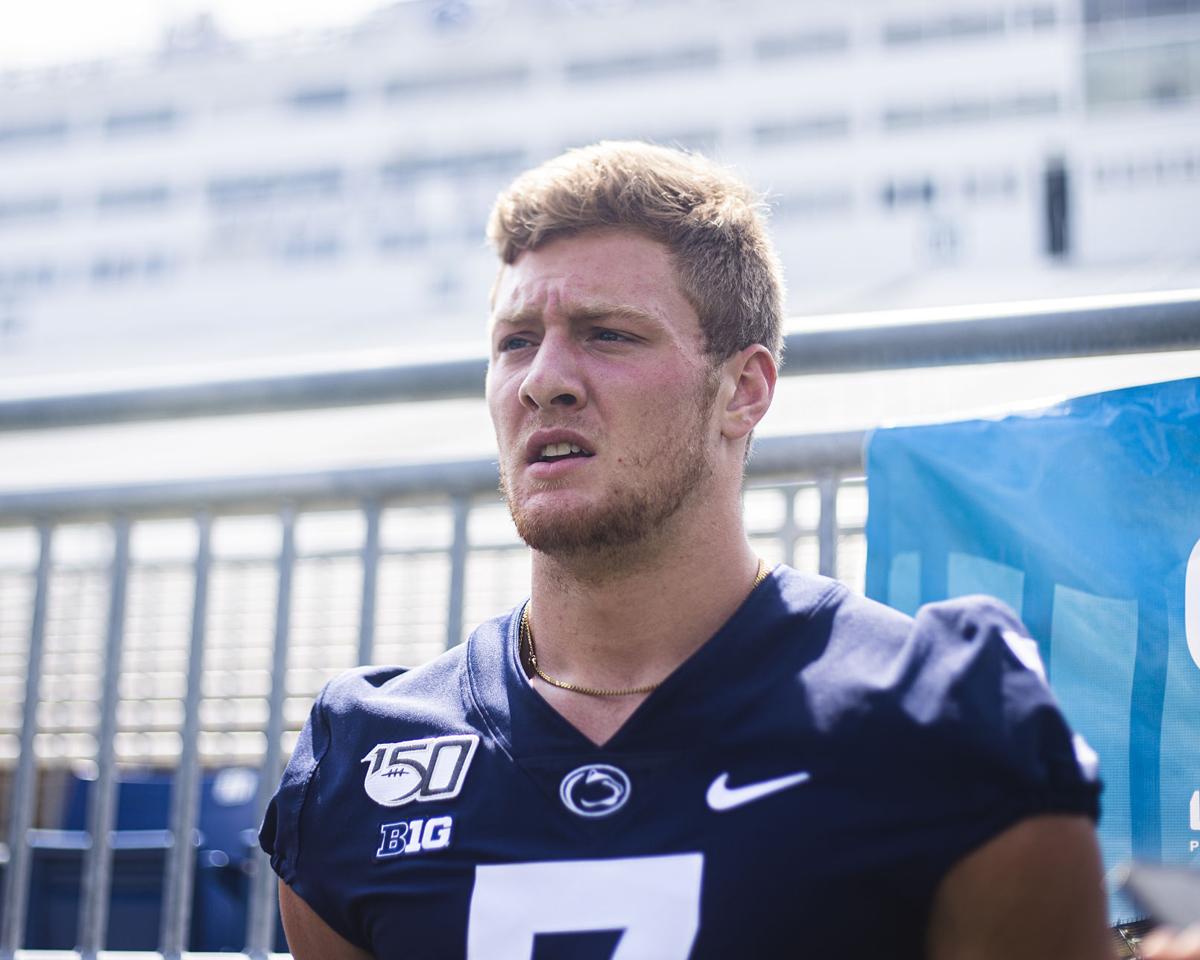 Quarterback Will Levis (7) answers questions for an interview during the 2019 football media day at Beaver Stadium on Saturday, August 3.

For the past three years, Penn State fans never had to worry about the quarterback position. Trace McSorley became one of the most successful quarterbacks in Nittany Lion history, leading Penn State to three straight seasons of at least nine wins.

But all good things must come to an end.

With McSorley off to the NFL, the leader of Penn State’s offense is up for grabs.

James Franklin is not ready to name a starting quarterback, and doesn’t know when that decision will come.

Sean Clifford vs. Will Levis

While Franklin considers it an open competition, there are two true contenders to lead the team on the field — Sean Clifford and Will Levis.

At this time one year ago, the idea of these two competing for the starting job seemed far fetched, with Tommy Stevens expected to have the job.

But with him now at Mississippi State, the job will belong to one of the young guys.

The favorite is Clifford, who is the older of the two and has some real game experience.

He showed flashes of his big play ability, even breaking the program record for longest pass and longest play from scrimmage late in the blowout win over Kent State.

Levis, on the other hand, doesn’t have the game experience. He was redshirted last season, so this is his true first opportunity.

Franklin is happy with how both are handling this situation.

While the real starting battle will be between Clifford and Levis, there are other members of the quarterback room who have plenty of potential.

“We have also been impressed with Ta’Quon [Roberson] and Michael Johnson, as well,” Franklin said. “Obviously we're going to need at least one of those guys to step up and prepare as if they are the starter, as well, and be ready to play this year. Hopefully you're in a situation where you can redshirt but we'll see how that plays out.”

Both Roberson and Johnson are true freshman who aren’t expected to be factors in the gameday lineup, but as last year showed, it’s important to still be ready.

Clifford was the third string quarterback going into the season, but after an injury to Stevens and some blowout wins early on, he got in some game action.

Roberson and Johnson will be tasked with being ready just like a starter would, and they certainly have that potential.

Both were four-star recruits out of high school and ranked in the top-15 among dual-threat quarterbacks, according to 247Sports.