You are the owner of this article.
Edit Article Add New Article
You have permission to edit this article.
Edit
Home
Latest
News
Sports
Football
Opinion
Arts
Multimedia
Join
Football • Click for more stories •
1 of 2 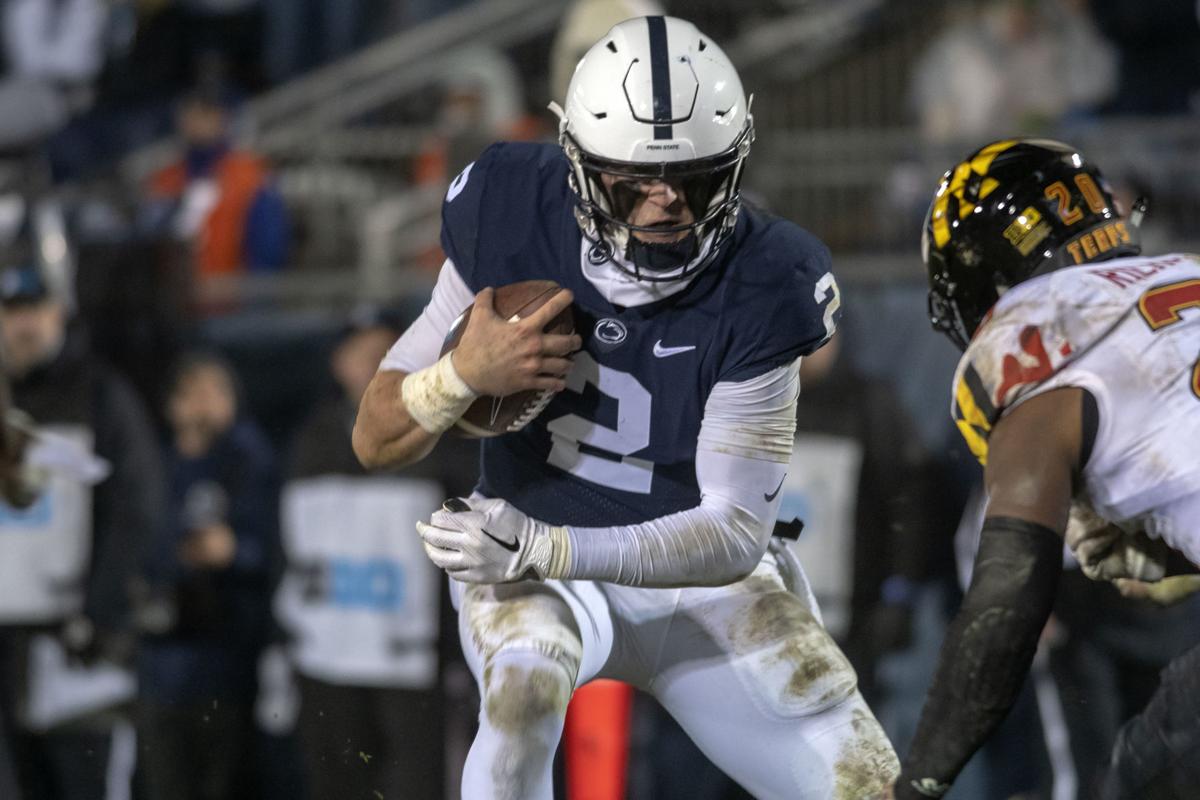 Quarterback Tommy Stevens (2) runs the ball during the game against Maryland at Beaver Stadium on Saturday, Nov. 24, 2018. No. 12 Penn State defeated Maryland 38-3.

On the latest episode of ‘The Adam Breneman Show’, a podcast by former Penn State tight end Adam Breneman, he talks to Tommy Stevens about his time at Penn State and his decision to transfer to Mississippi State.

And at Penn State Stevens didn’t feel like he had that chance. He had doubts about his standing in the offense and felt that it was in his best interest to leave and took a huge risk in entering the transfer portal.

“I know at the end of the day, Coach Franklin has a responsibility to the state of Pennsylvania, to the school, to the collective staff and players at Penn State,” Stevens said. “He doesn’t owe Tommy Stevens anything and so I didn’t want to put that at risk and I guess that is ultimately what led to my decision to leave.

“I wasn’t afraid of competition,” Stevens continued. “I see the things that people say and the fans that think I left because I was scared to compete. It just doesn’t make sense to me, why wouldn’t I have left after I lost the job to Trace?”

Stevens also felt like with only one year of NCAA eligibility left, he couldn’t afford to lose a competition and once again be the back-up quarterback.

“I don’t have bad will to Penn State whatsoever. I’m an alumni, I graduated from Penn State and I’m forever thankful for the opportunity I was given there, but I felt like this was the best thing for me and instead of looking out for Penn State. I always tried to put Penn State first, I tried to be the best teammate possible but for once, I had to kind of step out of that and try to look out for me."

Stevens also said he felt like the coaching staff might’ve lost faith in him even though they reasured him that they didn’t.

“If it was a true competition, I couldn't afford to lose that competition,” Stevens said. “The feeling that they lost belief and not really being assured that they believed in me and that I was the guy.

“They always told me that they believed in me.”

Stevens also discusses the 2018 season the emotional challenges he had during the season as the quarterback barely played and made him reconsider his decision to not transfer prior to that season.

“It was really difficult for me,” Stevens said. “I felt like I made a mistake. I felt like I should’ve left and I never wanted to make it about me. I didn’t want to be selfish.”

Stevens said that he specifically remembers the 2018 Rutgers game where he practiced all week and was prepared to play as ‘The Lion’ but the only play he got on the field for was when he was on the hands team on special teams.

But even after everything he’s been through, Stevens doesn’t regret his initial decision to come to Penn State.

“I definitely still think to this day that Penn State was the best place to go at the time and I was very thankful for that opportunity and just overall, I wouldn’t change a thing,” Stevens said. “I would’ve still went to Penn State and I really enjoyed my time there.”

The entire interview with Stevens can be found here.

Benjamin Ferree is the football and sports editor at The Daily Collegian. He is a senior studying broadcast journalism with a minor in digital media trends and analytics.