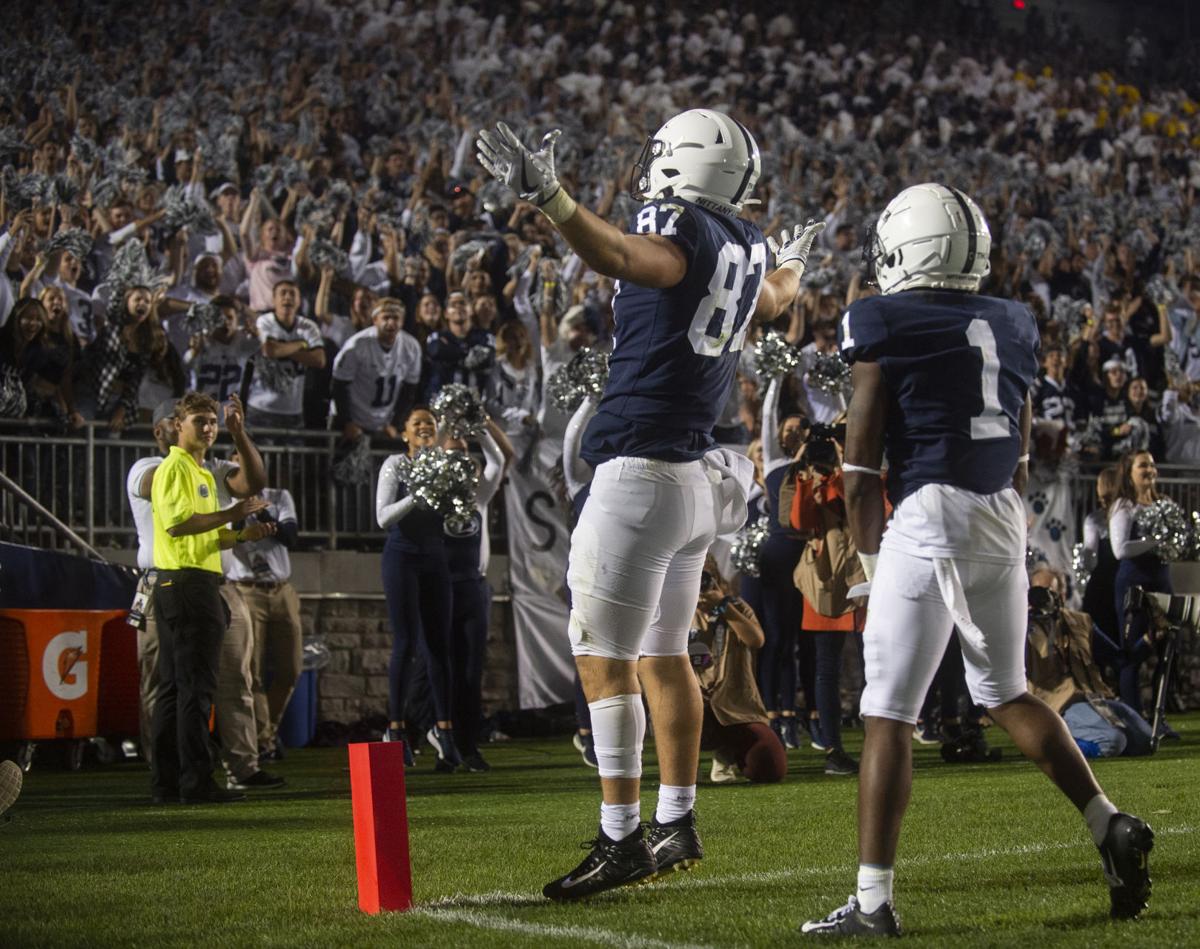 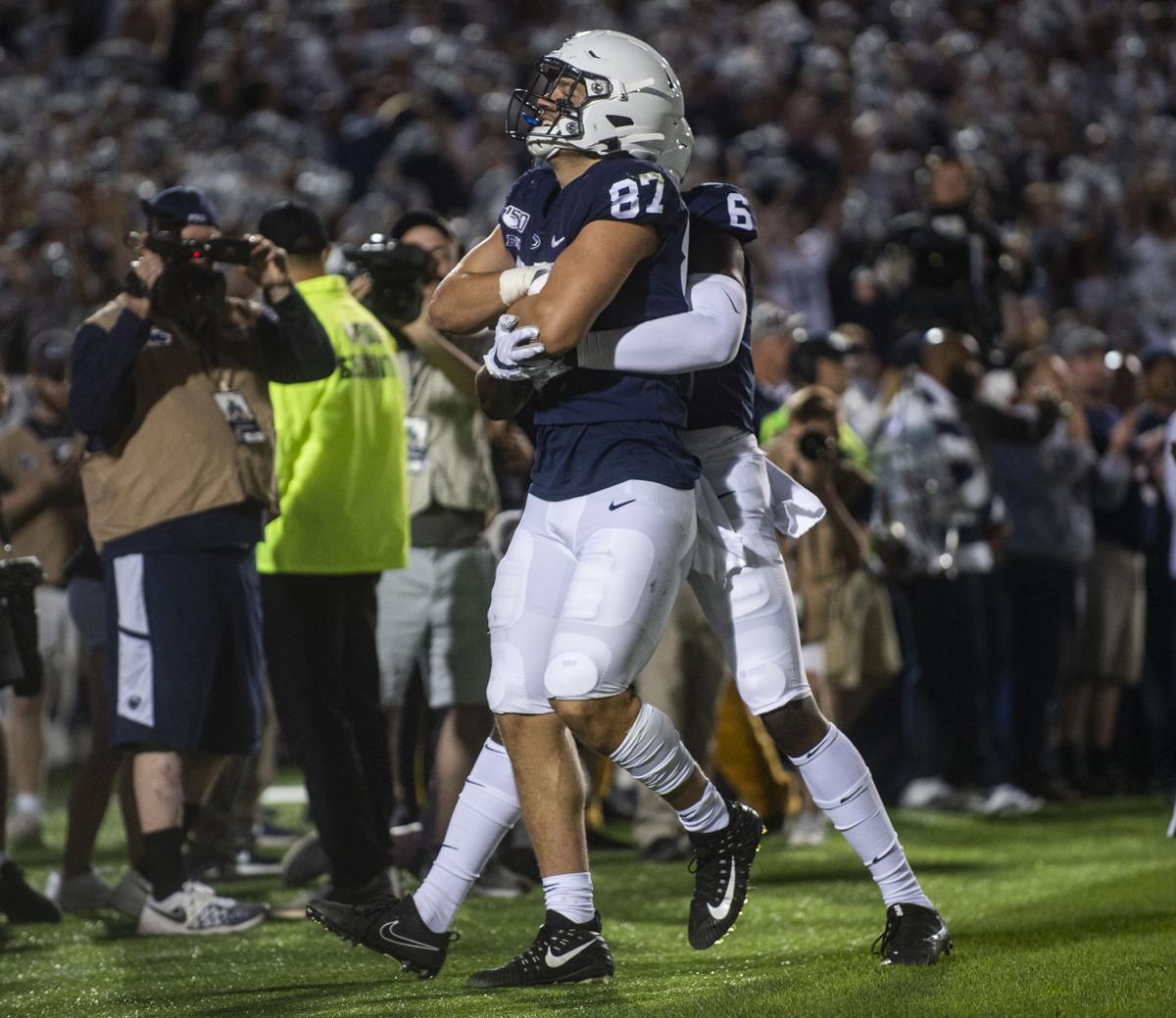 Pat Freiermuth is a captain for Penn State football after playing in just one full season as a freshman — tonight he learned what that title is all about.

Penn State got hit in the mouth early by a well-prepared Buffalo team and found itself trailing at the half after struggling to produce any offense outside of its first touchdown.

“I wouldn’t say [the first half] was disappointing, we got off to a pretty nice start with that touchdown to Jahan but the rest of the half definitely wasn’t up to our standard,” Freiermuth said. “As an offense we preach ‘score every single drive’ and we weren’t doing that… we put an emphasis on that at halftime.”

The first year captain realized these are the moments when he needs to fulfill his role as a team leader.

There aren’t many guys better than Trace McSorely to look back on for examples of leadership.

Freiermuth was one of McSorely’s favorite targets last season, and had a great relationship with his former quarterback.

Now, with Sean Clifford running the offense, Freiermuth seems to have a similar if not a closer relationship.

“Before that first touchdown when I was running on the field I ran by [Clifford] and was like ‘let's go celebrate in the endzone after this play’ so it was cool.” Freiermuth said.

And that’s exactly what Clifford and Freiermuth did.

Later Freiermuth jokingly said that McSorely would have scored the long run that Clifford had down the sideline before being tripped up.

Freiermuth was a huge part of the 45-13 win. The sophomore finished the night as the leading pass catcher with eight total (career high), and racked up 99 total yards (career high) and two touchdowns.

Jahan Dotson finished as the leading receiver in terms of yards with 109 and also recorded two touchdowns.

“His routes are so crisp and so clean,” Freiermuth said. “The way he handles his business every single day, comes in and gets better, its credit to him and credit to his work ethic.”

Through all of last season, there were only two 100-yard games for Penn State receivers — tonight both Dotson and Freiermuth eclipsed that mark while combining for four TDs.