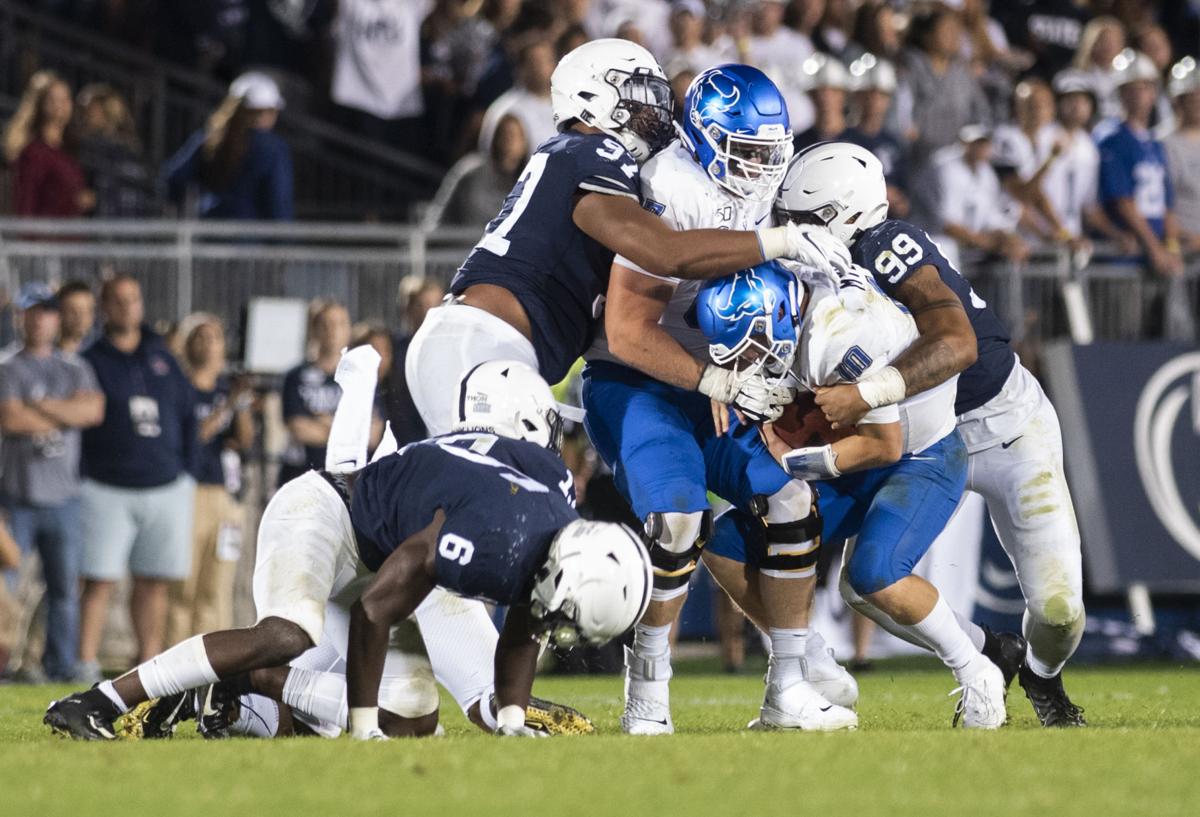 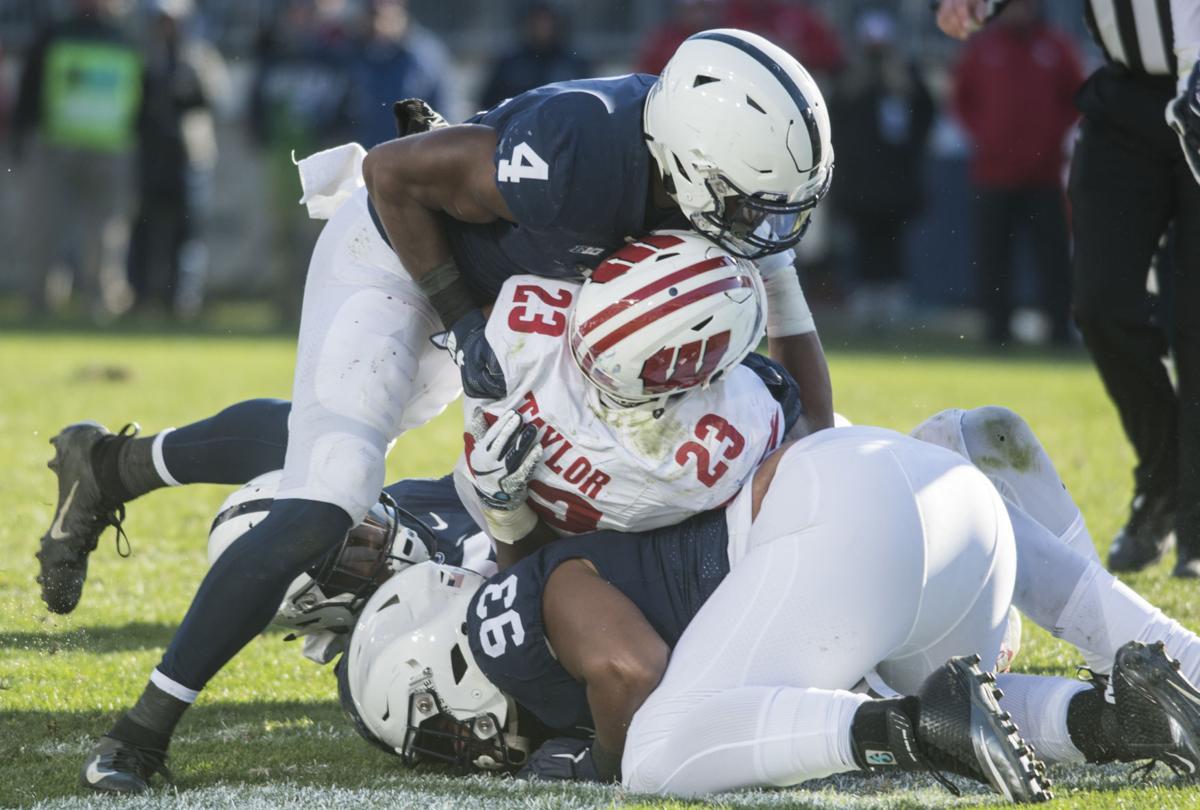 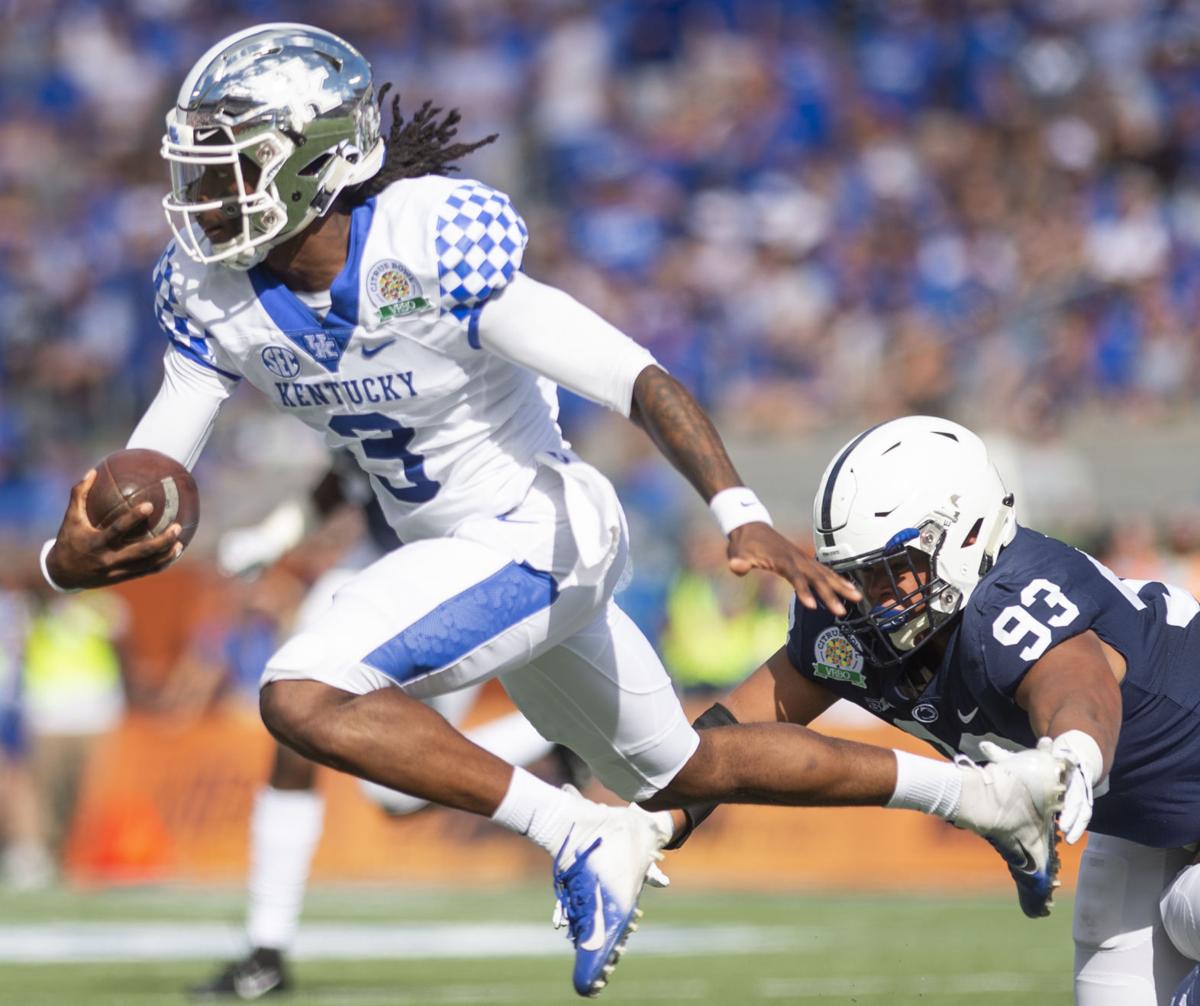 He remembers wearing a sweatshirt and sweatpants in an 80-degree gym.

He remembers making the time sacrifice to stay after practice, the drive to just keep going even when tired.

Mustipher did this all to win that one-on-one battle on the mat.

And now, in his sophomore year as a defensive tackle at Penn State, he is still winning one-on-one battles — and sometimes even one-on-two battles.

Now that he’s traded in the high school gym for the bright lights of Beaver Stadium, it’s still his behind-the-scenes work ethic which sets Mustipher apart.

“I think he is also the guy that has the right work ethic and the right mentality,” James Franklin said about Mustipher after Penn State’s victory over Buffalo. “He is a coach’s dream in terms of making corrections and holding yourself accountable.”

Mustipher has eight tackles in two games this season, including one for a loss against Buffalo.

And although he considers his performance against Buffalo one of the best games of his young career, Mustipher — who had 14 tackles all of last season — knows what he needs to do next.

“That’s the type of guy I am,” Mustipher said. “Whether things are going good or bad, it doesn’t matter. I’m going to give 110 percent, every rep, every play.

And so far, that work has taken Mustipher to a consistent rotational spot on a deep and talented Penn State defensive line which is among one of the best in the nation.

At times, he flies under the radar and isn’t a player that is talked about on a weekly basis or a household name to Penn State fans.

But, given the intense culture which defensive line coach Sean Spencer has instilled, that’s likely to change soon.

“There is always competition and that’s the standard in our room,” Mustipher said. “Every day you have to go out there with a purpose and an expectation of wanting to be great.

“Everybody wants to play, that’s human nature, but for us to go where we want to go, everybody has to be ready and everybody has to work for that so when the opportunity does come in the bigger games they are prepared.”

The jump that Mustipher has made from last season to this year has been impressive.

Mustipher worked hard in the weight room all throughout the offseason and is now a much stronger, more physical player for Penn State on the interior.

The Owings Mills, Maryland native mentioned how much easier he can handle double-teams. He feels this season he has the potential to be dominant, to be disruptive, something he couldn’t do his freshman year.

“The biggest thing for me was focusing on the little things,” Mustipher said. “I went outside and would hit the one-man sled, hit the sled in the weight room.

“For me it was all about repetition and getting as many reps in the offseason as I could so when the season and camp came around I was prepared and that muscle memory really started to kick in.”

And this change in Mustipher hasn’t gone unnoticed by his teammates. In fact, it’s impressed them.

“You know, the jump that P has taken from last year to this year, is like really cool to see,” fellow defensive tackle Antonio Shelton said. “Because first of all, it's very hard to play as a true freshman, as a defensive tackle at this school and in this conference.

“So I think what P is, he took his work ethic to a whole other level in the summer and the spring,” Shelton continued. “His effort is consistent. He's going to play a hundred miles an hour from the snap to the whistle.”

And when you are known as a guy who will play at 100 miles an hour every play, it’s not hard to see why Franklin is a fan of the young lineman.

But Mustipher’s journey to this point hasn’t come without challenges and struggles.

This work ethic that has made Mustipher “a coach’s dream” didn’t just happen overnight, it was something built throughout his life.

“When you play really good, and you see the success happening, that makes you hungry, but when you don’t have that success it just makes you even more hungry,” Mustipher said. “So I think the trials and tribulations through life have helped me to work hard and maintain that focus and allow me to see that if I work hard the blessings will continue to happen so I just never let off the gas pedal.”

A big part of this hunger that Mustipher has to get better — to be the best — comes from his family.

His father, Sam, played football at West Virginia, while his older brother, also named Sam, was an offensive lineman for Notre Dame from 2014-18.

But one of the other reason’s Mustipher has been so successful so quickly at Penn State is his ability to learn and his commitment.

Mustipher talked about the adjustments he had to make having a defensive playbook when he first arrived at Penn State and also his approach to practice.

“What I developed this year is my practice habits going out in high school for practice wasn’t really practice,” Mustipher said. “Here you have to practice every single day, no matter if it’s a walk through or not you’ve got to get the mental reps.

“Just knowing that I’ve got to give it all I’ve got every practice no matter what, how I’m feeling going into it.”

But just because Mustipher has this high level of hard work and dedication doesn’t mean that he doesn’t have a fun side.

Shelton said he gels with everyone on the team and described him as “a jolly dude, he’s like Santa Claus.” Shelton also said he always hears Mustipher before he sees him.

And as Mustipher continues to work, he is only going to get more dangerous.

Every day he learns something new and draws on old memories to motivate himself to be the best he can be every day.

And for that reason, Mustipher is going to be as familiar of a name as Yetur Gross-Matos for Penn State fans.

“He’s a guy we have a lot of confidence and a lot of belief in,” Franklin said. “He really approaches things the right way. He has a very humble approach.

“He just works too hard not to be successful.”

Will this be the last time these two programs face off?