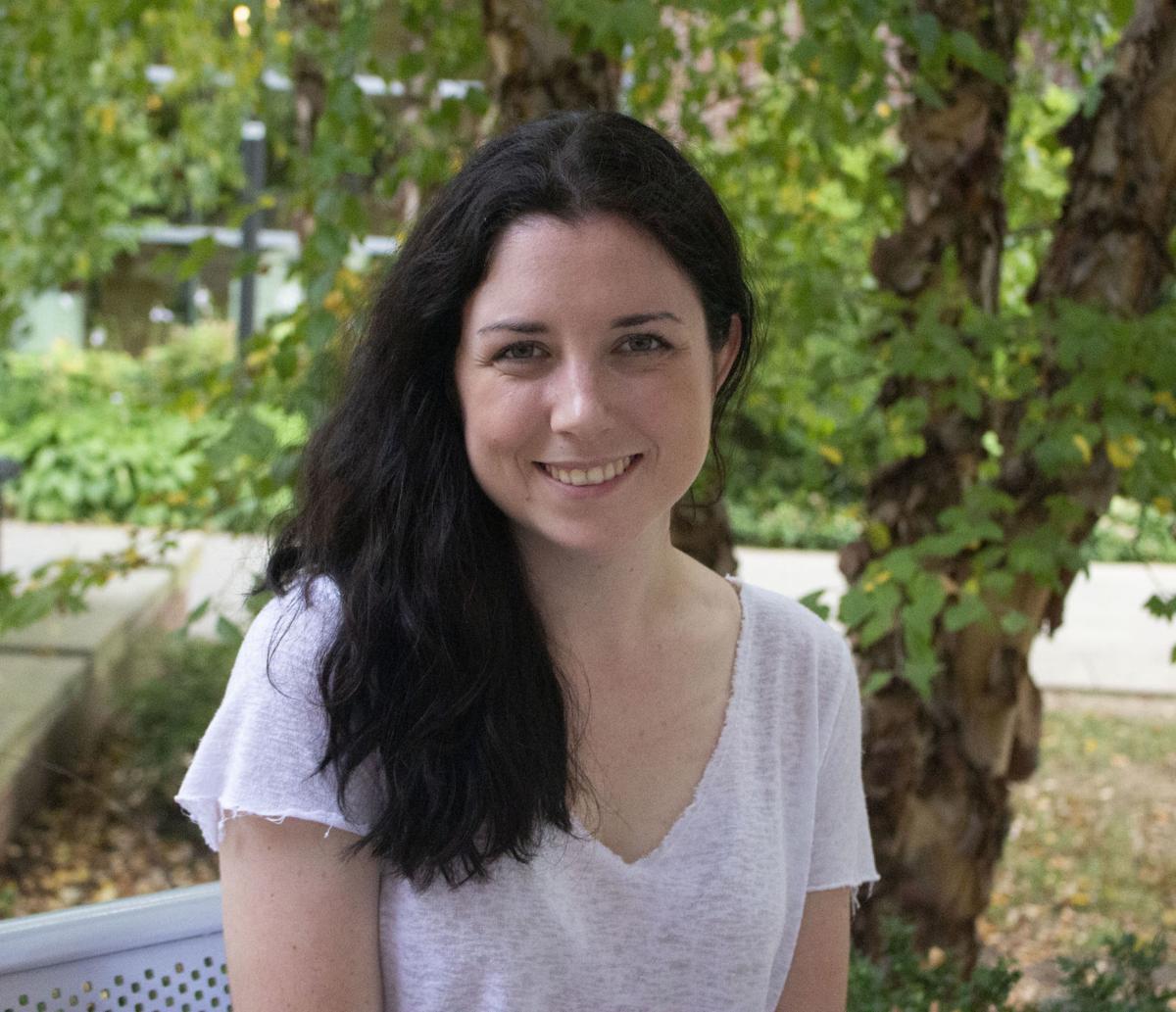 Andrea Cheatle, class of ’19, poses for portraits outside of the Bank of America Career Services Center on Wednesday, Oct. 2, 2019. 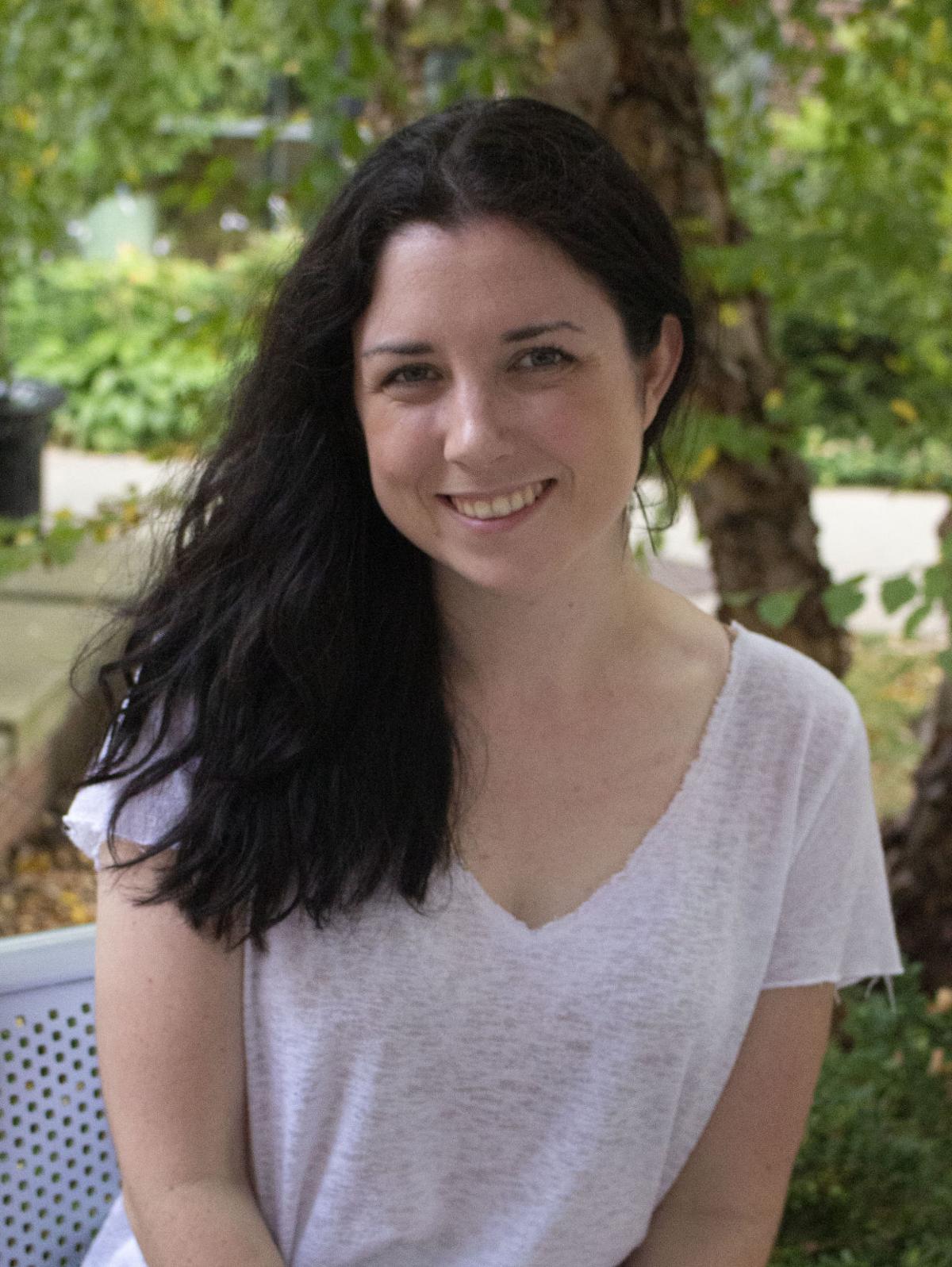 Andrea Cheatle, class of ’19, poses for portraits outside of the Bank of America Career Services Center on Wednesday, Oct. 2, 2019.

A culmination of events slowly chipped away at her mental state until a bad break-up pushed her over the edge and sent her into a dangerously dark place which left her contemplating her own existence.

“I just felt really alone and I didn’t feel validated that I was wanted or needed,” Cheatle said. “At the time it seemed pretty simple, but obviously it wasn’t.”

During her sophomore year at Penn State, Cheatle said she found herself dealing with strong eating disorder thoughts and depression symptoms. In response, she turned to her boyfriend as a mental crutch and when he broke up with her, it validated her already loud thoughts of “I don’t matter” and “I’m not enough.”

At the time, few people knew how much Cheatle was really struggling. She said nobody understood the thoughts the break-up surfaced.

Cheatle was hurting from more than just losing a significant other.

“[My mom] knew that I was really upset about the breakup and everything but I don’t think that anybody, except maybe my best friend, really understood where I was mentally,” Cheatle said.

Cheatle was at a park near her apartment in State College at the time of the attempt. Her friends were already wary of her mental state and watching over her closely and when she stopped answering their texts, Cheatle said they called 911.

During the period between Cheatle’s attempt and the ambulance coming, Cheatle said she felt numb, like the attempt flipped a switch and she went from having a mental breakdown to not feeling anything.

“I had a very strong feeling of indifference more than anything,” Cheatle said. “The only thing I can think of remembering [in those moments] is I didn’t want [my friends] to worry.”

Before the ambulance arrived, Cheatle’s friends found her, and her best friend rode in the ambulance with her to Mt. Nittany Medical Hospital.

Cheatle stayed in the mental health unit for five days. During that time, she said she made a difficult phone call to her mom explaining what happened.

Her mom did not know how to respond and Cheatle said when she told her dad, he was confused as well. She said her dad had a hard time understanding why she made the attempt, attributing it to her breakup rather than the severity of the emotions her breakup magnified.

“I don’t think they realized how deep [the problem] was,” Cheatle said.

Her parents came to visit her in the hospital and over time she said they have learned more about mental health and her psychological state during the time of the attempt.

After her discharge, Cheatle adhered to stipulations placed on her by her treatment team. She returned to her therapist and worked with a psychiatrist to switch medications.

Her friends were supportive and helpful as she re-adjusted to classes and being at school. In total, she missed three days of classes, but she was determined to stay at school and continue taking classes after

Two years prior, she temporarily left school to attend treatment for her eating disorder.

“[My friends] put themselves into a position where I guess they felt responsible,” Cheatle said. “I felt like I added this burden to their lives.”

She slept at her best friend’s apartment the first month after her attempt and her friend’s took her key to her apartment, refusing to let her stay in the apartment alone.

“They were scared,” Cheatle said. “I mean, everyone kind of was.”

Ultimately, she tried to become more involved with school and surround herself with a positive support team, opening up to her friends about her depression.

“I’m the kind of person that once things are out in the open, like once I can’t keep them a secret anymore, I’m a lot more receptive to support,” Cheatle said.

Now, Cheatle said she cannot imagine having the feelings she had three years ago. Looking back she said it makes her sad to realize the support and love she had, but could not see.

“As horrible [of] an experience as it was, it’s kind of interesting because it’s become a benchmark to [see progress],” Cheatle said. “It’s evidence right there that people can move on and people can get better.”

Throughout the month of October, Cheatle said old thoughts will creep in and she will think about the dark place she found herself in the past.

“It’s just sadness,” Cheatle said, “it’s not like those feelings are coming back.”

Moving forward, Cheatle has tried to be open about her experiences in order to hold herself accountable, feel validated by others and to inspire others to get help and feel less alone. She said she has begun rediscovering herself, her interests and what makes her happy by checking in with herself more frequently than she used to.

“I find that being open about things helps me, and I think that that stems from my eating disorder and depression and that stuff,” she said. “They all got their drive from keeping secrets and lying.”

On the other side of someone in crisis, there are resources to provide help and support.

Center Helps is an off-campus resource for students, providing support and solutions for those seeking help.

Maggie Schoenig (senior-psychology) began volunteering with Center Helps during the fall of her junior year, completing a semester-long training process before answering phone calls for the helpline in the spring.

Centre Helps plans to partner with the National Suicide Prevention Lifeline to assist locals who call the hotline.

She said she receives calls from people who are homeless and looking for a place to stay, people in need of food, couples looking for marriage counseling, those in a crisis and more.

Schoenig said she begins each crisis call by assessing how high-risk the situation is, determining if the caller is experiencing active or passive suicide.

Passive suicide includes suicidal ideation and thoughts while active suicide indicates a plan is in place and the individual has the means to follow through with it.

“We would try and talk them through it and [go over] things that they can do to cope with those thoughts and make themselves feel better and just give them hope for the future,” Shoenig said.

The volunteer would also reach out to outside resources such as Can Help, an organization with trained counselors and a vehicle to go to the caller.

“I just have to trust that I’ve been trained to know what to do,” Shoenig said. “I also have to remind myself that in order to best help this person, I do have to remain calm.”

What it’s like for friends and family after a loved one commits suicide.

In this line of work, Shoenig said it is difficult not to feel emotionally attached to some callers and carry their pain, however, she also said she knows she cannot be fully present for another caller and help them to the best of her ability if she is distracted by a previous call.

“I know that I’m doing as much as I can to help them and at the end of the day it still is their life and their decision and that pressure can’t fall on me in order for me to do my job,” Shoenig said.

Students also have access to Counseling and Psychological Services (CAPS), an on-campus resource which provides group and individual therapy, crisis intervention, and psychological and psychiatric evaluations.

For students seeking treatment, a screening is initially done to assess their current mental state. The screening also asks questions regarding the students’ ability to stay safe. From there, the urgency and proper level of care are determined.

“We all consider just the thoughts of suicide to be a warning sign,” Depalma said. “It’s important that we are able to assess any time that someone is having just the idea of harming themselves.”

For students having suicidal thoughts, CAPS professionals will work with the student to create a safety plan.

Family and friends reflect on the life of a Penn State student five years after dying by suicide.

“A safety plan is a plan to help someone identify what kind of things they can do if they’re having thoughts about wanting to hurt themselves or die that would increase the likelihood that they would move away from those thoughts,” Depalma said.

“I think it’s really important that students who are dealing with depression know that there’s help and that treatment works,” Depalma said.

Anxiety is a natural response to stressful situations, experienced by many college students given their arduous schedule filled with classes, …