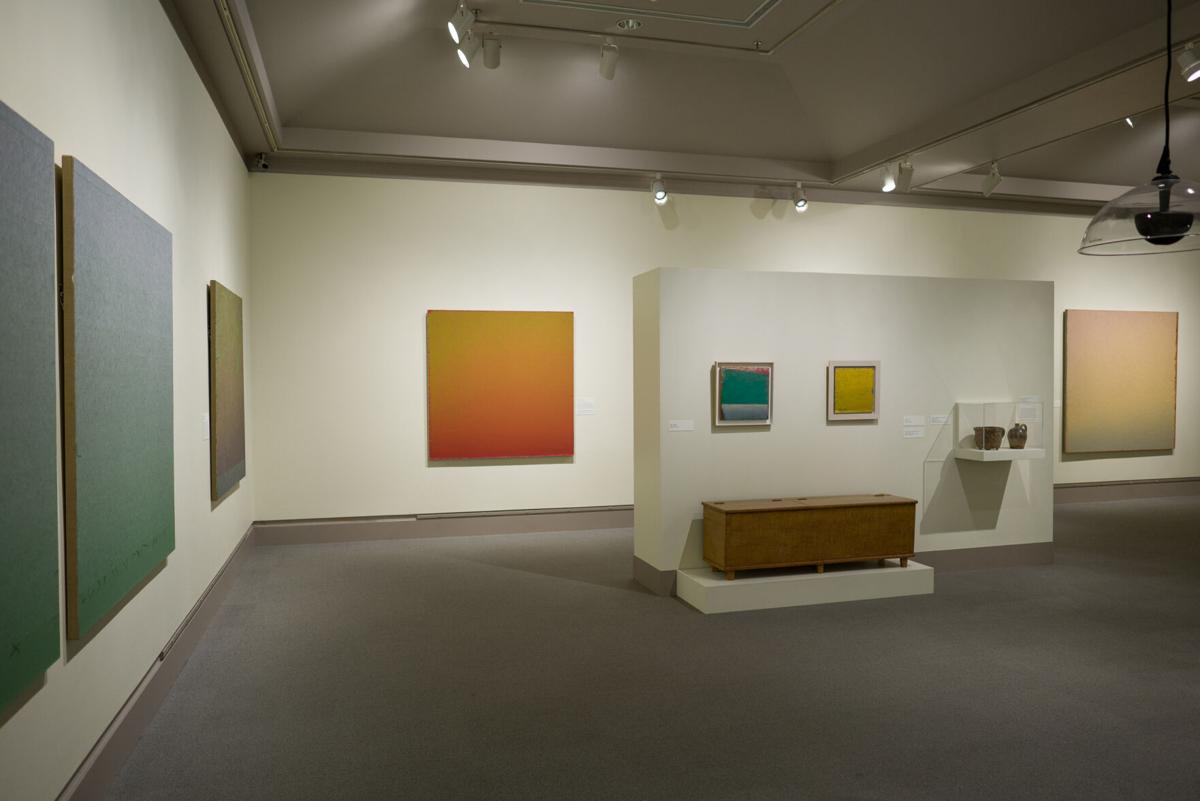 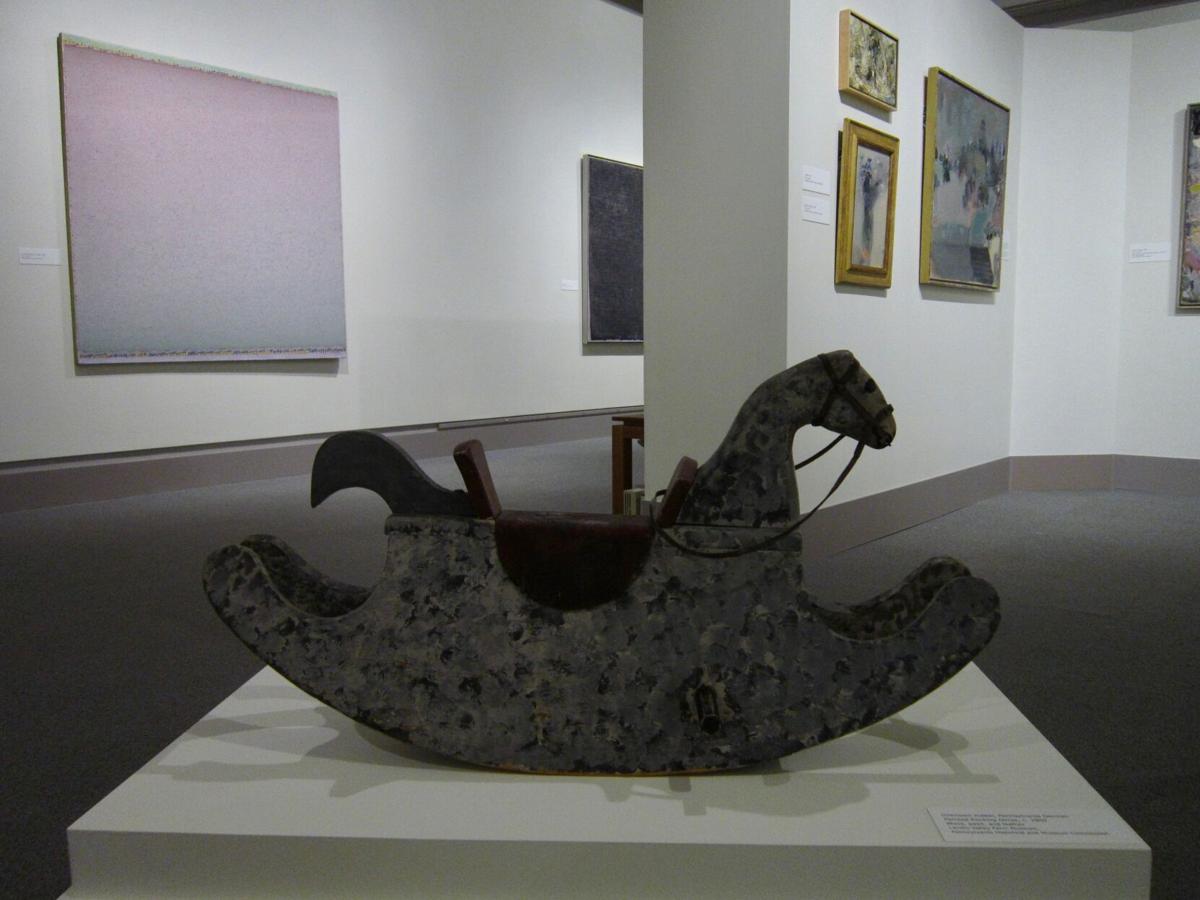 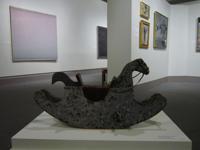 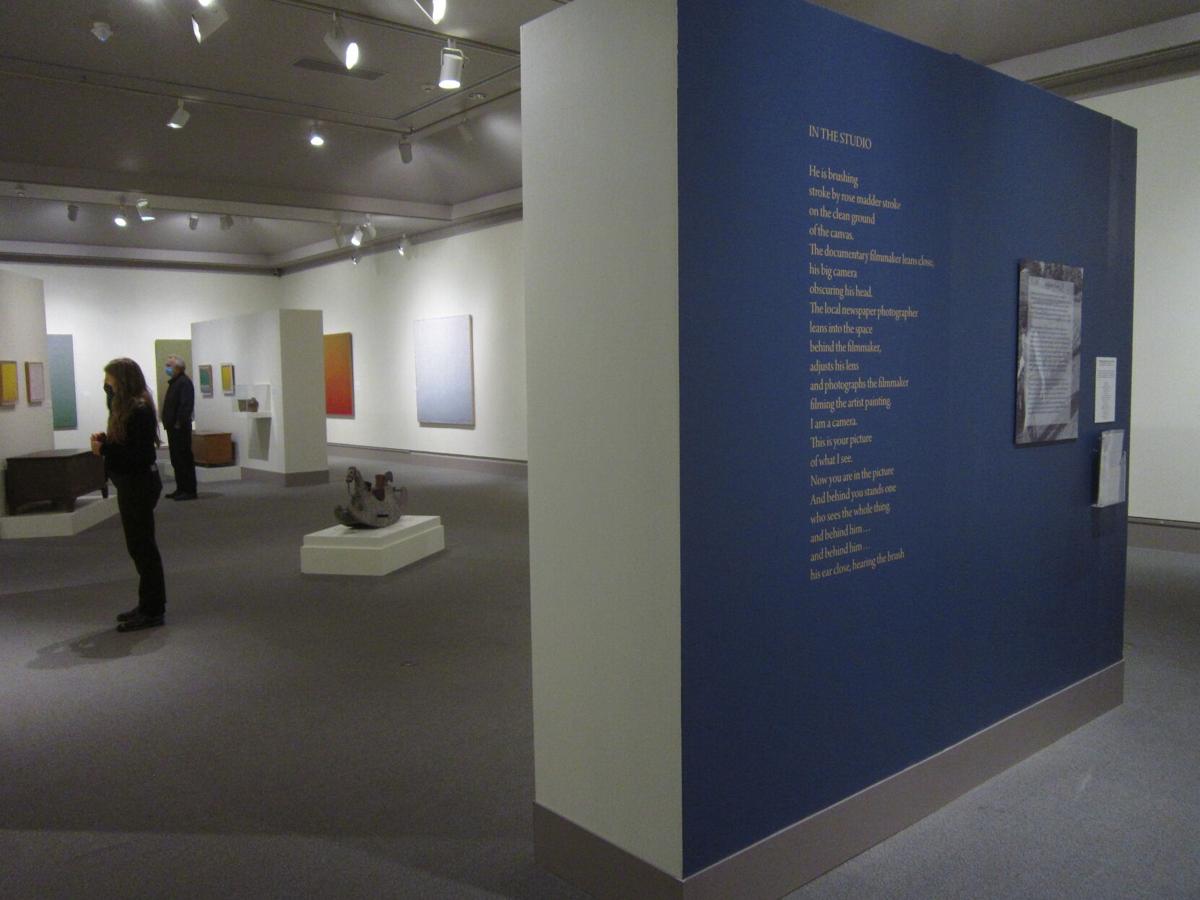 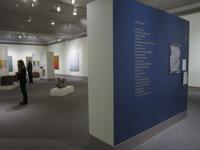 To showcase the cohesion between art and poetry, the Palmer Museum of Art and its guest curators designed the exhibition “Field Language: The Painting and Poetry of Warren and Jane Rohrer.”

This exhibition was temporarily closed due to maintenance issues, but it is now open to the public as of Wednesday.

Available until June 6, this special exhibition gallery displays the work of spouses Warren Rohrer, a painter, and Jane Rohrer, a poet, to depict Mennonite lifestyle in modern art, according to the Palmer.

Julia Spicher Kasdorf, an English professor at Penn State, first met the Rohrers in 1993 and decided in 2017 to explore an exhibition idea that melded both of their works.

As a poet herself, Kasdorf worked closely with Jane to help her publish her largely unknown poems.

According to Kasdorf, Jane had been by her husband’s side throughout his well-documented career, but Kasdorf said she deserved to share the spotlight with her husband.

“I think the poems give a context,” Kasdorf said. “They give us glimpses into the world, which was also the world that created these paintings.”

With this in mind, Kasdorf went to her colleague, Christopher Reed, another English professor at Penn State, and proposed the idea for a joint exhibition for the two artists’ work.

Kasdorf and Reed applied for a grant from the Provost office and teamed up with the Palmer to make their vision come to life. When they received the grant, the duo became the guest curators of the exhibition.

Accompanied by Jane’s poems are Warren’s modernist-style paintings inspired by the agricultural landscape of southeastern Pennsylvania.

“The Rohrers were really trying to figure out how to bring those [Mennonite] traditions into modernity,” Reed said. “Modern art — modern literature — modern life.

According to Reed, Warren’s paintings consist of large fields of color, which reflect the depth and beauty of the land.

“It's really amazing to create an object out of paint that has that same quality the actual field would have,” Reed said. “[The paintings show] that same variety and beauty and ability to look different at different times of day under different lights.”

Kasdorf said looking at the paintings up close reveals Warren’s “fine brushwork that is just very beautiful and very compelling.”

To make the exhibition more accessible to the Palmer’s virtual audience, the museum and the guest curators teamed up with Hannah Matangos, who helped create a “digital companion” to the exhibition, which can be found on the museum’s website. The virtual component provides insight on the Rohrers’ artistic lives.

There is also an illustrated catalogue showcasing the artwork with the Rohrers’ biographies available to order.

“I really wanted to have that same sense of connection between the paintings and the poems as we highlight in the gallery to be online and available for people who would like to see the show but perhaps can't make the journey all the way to State College,” Matangos (graduate-German literature and culture and visual studies) said.

While the virtual component of the exhibition uses video clips to expand on the meaning behind the art, Matangos said the physical exhibition emphasizes the contrasting, yet cohesive qualities of both Jane’s and Warren’s work.

“You get that juxtaposition of these often large-scale, very atmospheric paintings and Jane’s poems,” Matangos said. “You also get to see these works juxtaposed with objects from Amish and Mennonite material culture.”

The exhibition features pieces of hand-crafted wooden furniture and Amish quilts, as Reed said, to further showcase the “appreciation of who these extraordinary people were and the care they put into making things.”

Matangos, who grew up in Lancaster County, said she found a new appreciation for the fields in her hometown after getting involved with the exhibition.

“They catch the light in the gallery, which actually really gives you that sense of the movement of grasses in a field,” Matangos said. “‘Edge of Red’ is more of an orange, red sunset kind of feel, and it really made me reflect a bit differently on the ways I see the landscape in Lancaster County.”

Like Matangos experienced herself, Kasdorf said she wants visitors to recognize the beauty of places most people would consider the “middle of nowhere.”

“I'm hoping it will just open people's eyes to the world around them.”

I went around Penn State to find the best art. Here is what I found | Blog

Every summer since I was in middle school, I remember coming up to Penn State for the Central Pennsylvania Festival of Arts — looking at art, …