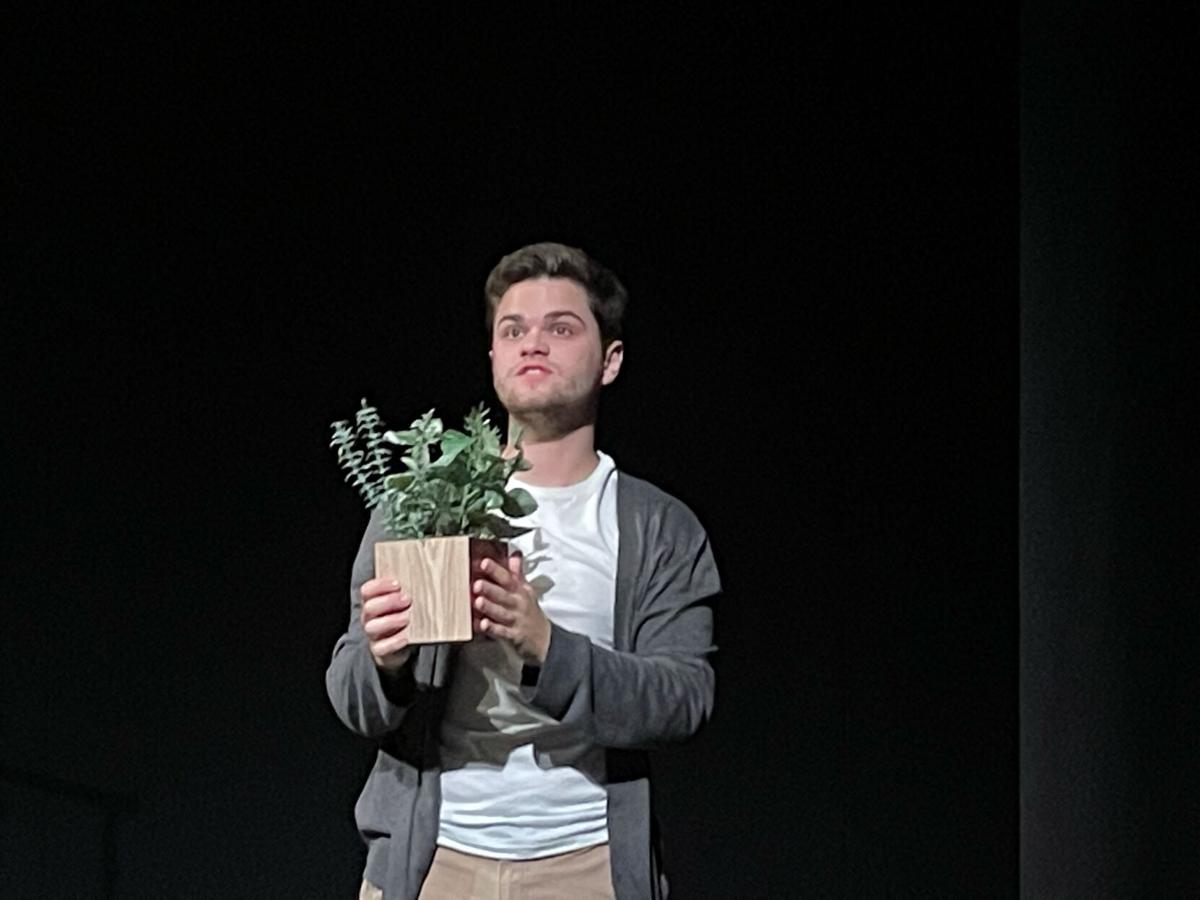 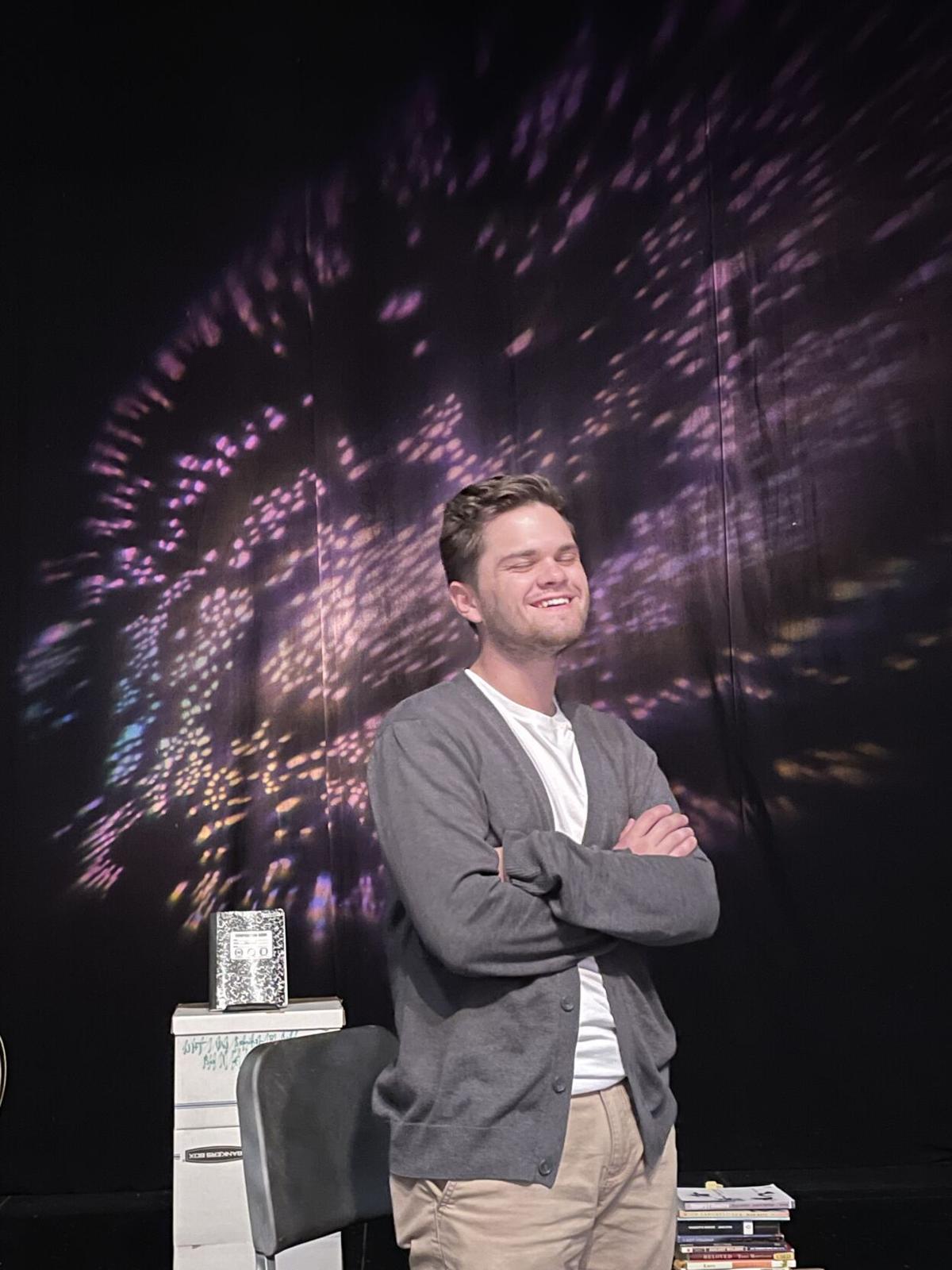 These themes surrounding the difficulties and triumphs of being a young, LGBTQ adult during a pandemic are on full display in a new coming-of-age play that will see its world premiere at 8 p.m. Thursday in the Penn State Downtown Theatre Center.

"Headspace," a play written by and starring student Freddie Miller, will kick off the Penn State School of Theatre’s Project Series. With an additional showing at 8 p.m. Friday, admission to both performances will be free to the general public.

Taking the audience on a rollercoaster ride of emotional turmoil and jubilance, Miller’s (senior-theatre studies) play highlights his college experiences during a pandemic that constantly looms in the background. Through romance and heartbreak, Miller explores a plethora of themes for audiences to find relatability in.

From queer, closeted love to apostasy to drinking with friends on a Saturday night, Miller said he knew he wanted to tell his story of struggling to find ways to cope during moments of distress in his life.

Miller said he found inspiration from Tennessee Williams' 1944 memory play "The Glass Menagerie." After plans for him to direct the play for his senior thesis fell through, Miller said he aimed to draw upon the parallels of his own life to the themes within Williams’ work.

Working as the production stage manager for the Downtown Theatre, Gillian Miller said she saw Freddie bring the roles of playwright and actor together into a unified position within the show.

“[Freddie] wore the two hats of being on the production creative team and also being a cast member,” Gillian (senior-stage management) said. “It was really interesting to see him create in two different ways.”

Gillian said the process of working on Headspace was a unique opportunity that required a quick turnaround. Having three weeks to bring the show to fruition, Gillian said the entire team frequently collaborated through the entire process to create an experience that would help move the story forward.

Despite the heightened number of regulations due to the ongoing pandemic, Gillian said she is thrilled to see a return to live theatre. She said it can be difficult to understand how much people can truly miss something until it's gone.

While the nerves of opening a show have returned, Gillian said it's a welcomed return, and she is looking forward to seeing audiences fill theaters once again.

Having shared a class with Freddie, Emma Cagle said she experienced seeing the work as it was still in progress, but she said she now has a greater appreciation for the finalized play after seeing it finished. Cagle (senior-English and comparative literature) said she has never seen a production that compares to the story found within Headspace, but it is a story that people can find themselves within.

“I thought it was a very nice mediation on something that I think is very relatable to people in college and a good way to express a dark time,” Cagle said.

Exposed to the story for the first time, Sam Fremin said he thought the play was well executed. Fremin (junior-political science and journalism) said he applauded Freddie for being able to tackle the difficulties of the past couple years of his life.

Though Headspace is a personal reflection of his own life’s journey through the pandemic, Freddie said he ultimately wants audiences to walk away feeling some sort of relation to the material at hand.

I ate the ‘Shrewsburger’ at The Field Burger & Tap, and I’m still recovering | Blog

The Field Burger & Tap in State College has a new Penn State inspired cheeseburger on its menu.

Childhood can be a common theme seen in works of art — “The Molok” is a film and exhibit that deal with this theme in a unique way.