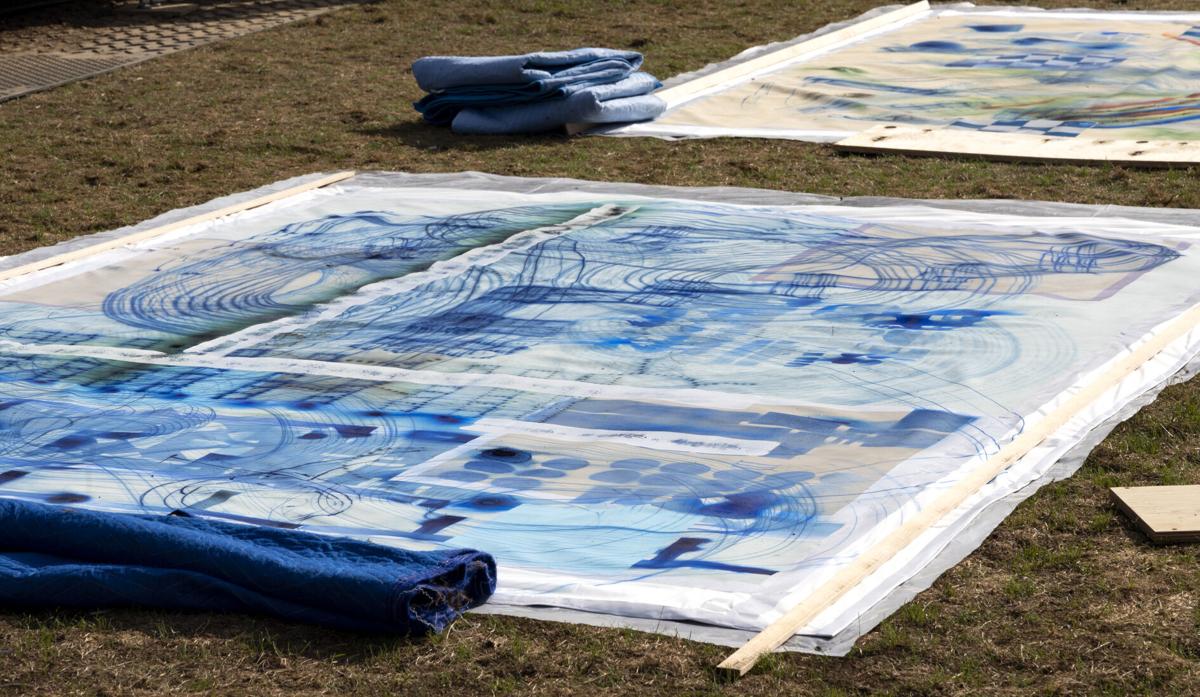 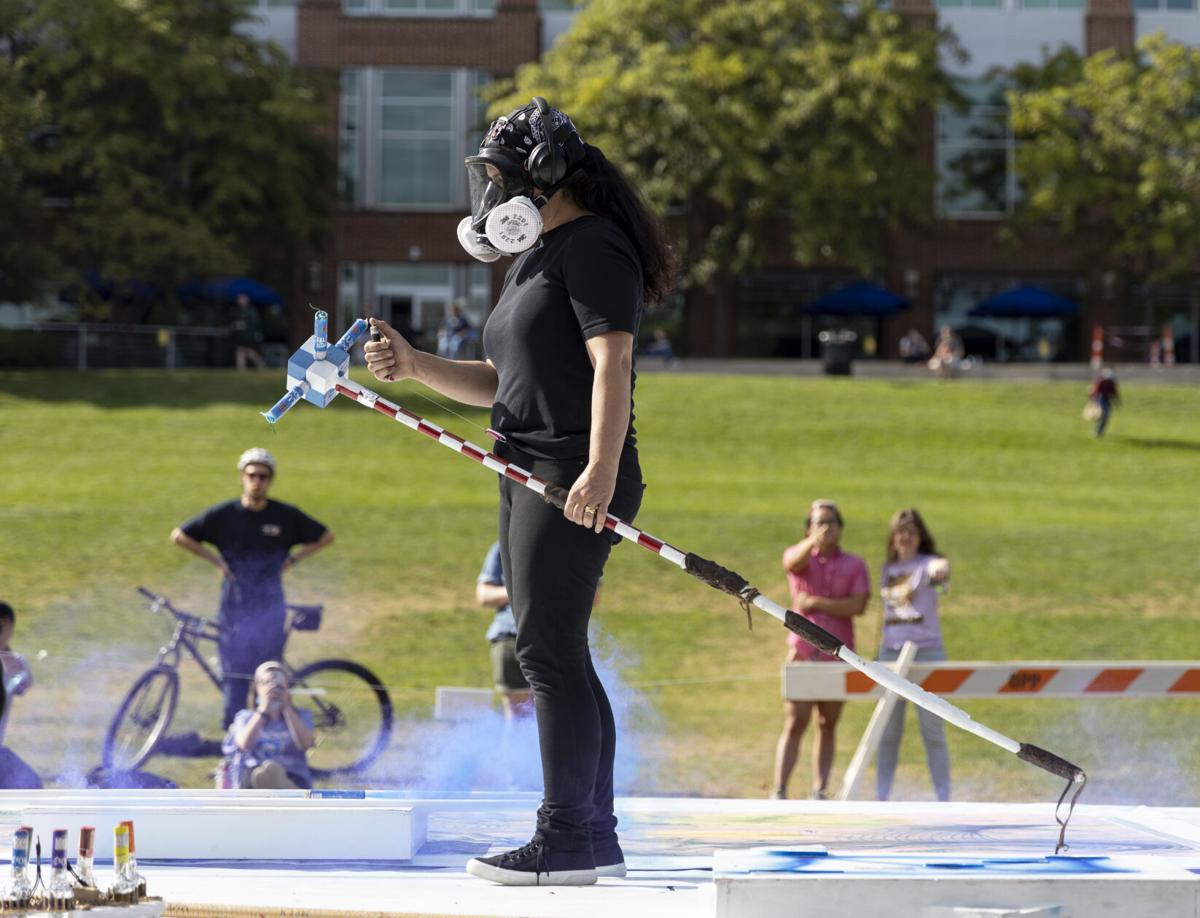 The HUB-Robeson Center lawn was shrouded in a blaze of vibrant and multicolored smoke from 2-5 p.m. Friday during a performance event commemorating the 20th anniversary celebration for the Jeffrey A. Conrad Center for Sexual and Gender Diversity.

With a temporary stage set up on the far end of the lawn, Rosemarie Fiore — a Bronx-based artist — took the audience through a journey involving colored smoke bombs.

Filled with bright hues of varying colors, the smoke bombs were rigged together on various instruments Fiore then used to create eccentric patterns on multiple canvases.

The project was supported by an award from the National Endowment for the Arts and Penn State Strategic Seed Grant Initiative, with additional support from Penn State Student Affairs, the HUB and CSGD, according to a release.

With nearly 20 different instruments used to create the artwork, Landfried said each one gives Fiore the ability to create a plethora of marks that are joined in unison. She said Fiore began creating these painting apparatuses almost 15 years ago.

“I think she is really interested in the physicality of mechanical ways in which the tools move and make marks,” Landfried said. “It’s really about how she can make a mark unlike anyone else's and coming up with a really unique way to express herself.”

By bringing public art performances to the Penn State community, Landfried said the Galleries’ hopes to create an open environment where students can feel welcomed to observe, even if they didn’t originally have intentions of attending.

Hearing about the event through the Instagram page for the Arts Ambassadors of the College of Arts and Architecture, Megan Neely said she appreciated being able to see performance art in person at Penn State.

“The artwork is really cool — It’s awesome to promote the arts at Penn State because with a lot of it, people don’t know,” Neely (sophomore-art history) said. “So I think it's a great way for people to get involved in the arts.”

Paige Barnes said she was attending the event since it began and was able to witness Fiore use a wide range of tools to create the murals. She said she discovered the performance by refreshing the Welcome Week events webpage to find events where she could potentially meet people.

“I thought this would be really interesting to come see,” Barnes (freshman-computer science) said. “I think it’s a really cool experience and nice to have at Penn State.”

Barnes said Fiore’s performance was an interesting and unconventional process.

While she had only been at the performance for barely 10 minutes, Hayley Weber said she got to witness Fiore using various poles to push the devices around the canvas, creating unique patterns.

“It's really great that Penn State gives us these opportunities to even see these art shows and be involved in a way,” Weber (freshman-film production) said. “I know we’re just watching it, but it's really cool to see the murals that are going to be put up [in the HUB], and we were, in a way, part of that process.”

Laughs were heard from the Bryce Jordan Center on Sep. 10 as comedian Bill Burr took the stage in front of hundreds of Penn Staters.