Students’ sudden transition from growing up in their childhood bedrooms to living on their own in foreign spaces may be overwhelming.

Mackenzie Haley said her off-campus apartment in State College is four hours away from home.

Haley (senior-communication sciences and disorders) said fairy lights from Amazon and photos of friends and family make her room “cozy.”

“I have a lot of pictures of my friends and family,” she said. “It helps motivate me while I’m away at school.”

Similarly, Aidan Sudall said he has photos from his family photo album throughout his room, which make the space more “pleasant.”

Alexis Saint-Jean also said she decorated her room using printed photos. Unlike Haley and Sudall (freshman-environmental resource management), however, she used photos she found on Pinterest of things like “butterflies and auras.”

Saint-Jean (freshman-biology) said the color scheme of her dorm room is green and white, with the majority of the decor in her room being faux ivy leaves.

According to Saint-Jean, decorating your space in ways that fit your “aesthetic” can make it “feel like home.”

Across Penn State’s campus, students may showcase their own personal styles in different way…

Mira DeLisio, on the other hand, said the potted plants in her room are real and were purchased at a market in Bellefonte.

While Sudall said he likes nature decor, he has photos of plants in his room as opposed to physical ones.

He also has various photos of maps that he found at REI.

Hernandez (senior-risk management) said she ordered most of her decor on Amazon because it’s “cheaper that way,” but she also occasionally shops at T.J. Maxx and Target if she sees something she likes.

DeLisio (sophomore-accounting) said she bought various storage containers for her room from places like Walmart and Target.

“I organize in a way that makes things easier for me when I’m rushing in and out,” DeLisio said.

She also said she uses the shelves and drawers the dorms come with to organize.

Daniel Smargiassi said he decorated his space using art he created in a course he took to fulfill general education requirements. Other than that, he said decoration at his place is “minimal.”

Smargiassi (junior-computer science) said he has blue plaid bedding that his mom bought for him.

“You wanna have a space that you’re comfortable in and also motivated in,” Haley said.

Penn State students living off campus should expect the unexpected

As a new semester begins and students start new schedules with new classes, they also may we…

Chinese New Year is a traditional and important festival in China. Many people go back home and stay with their families during this period, s… 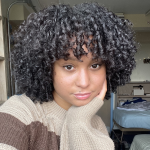 Mercedes Hamilton is a performing arts reporter for The Daily Collegian. She is a freshman studying English and digital and print journalism.