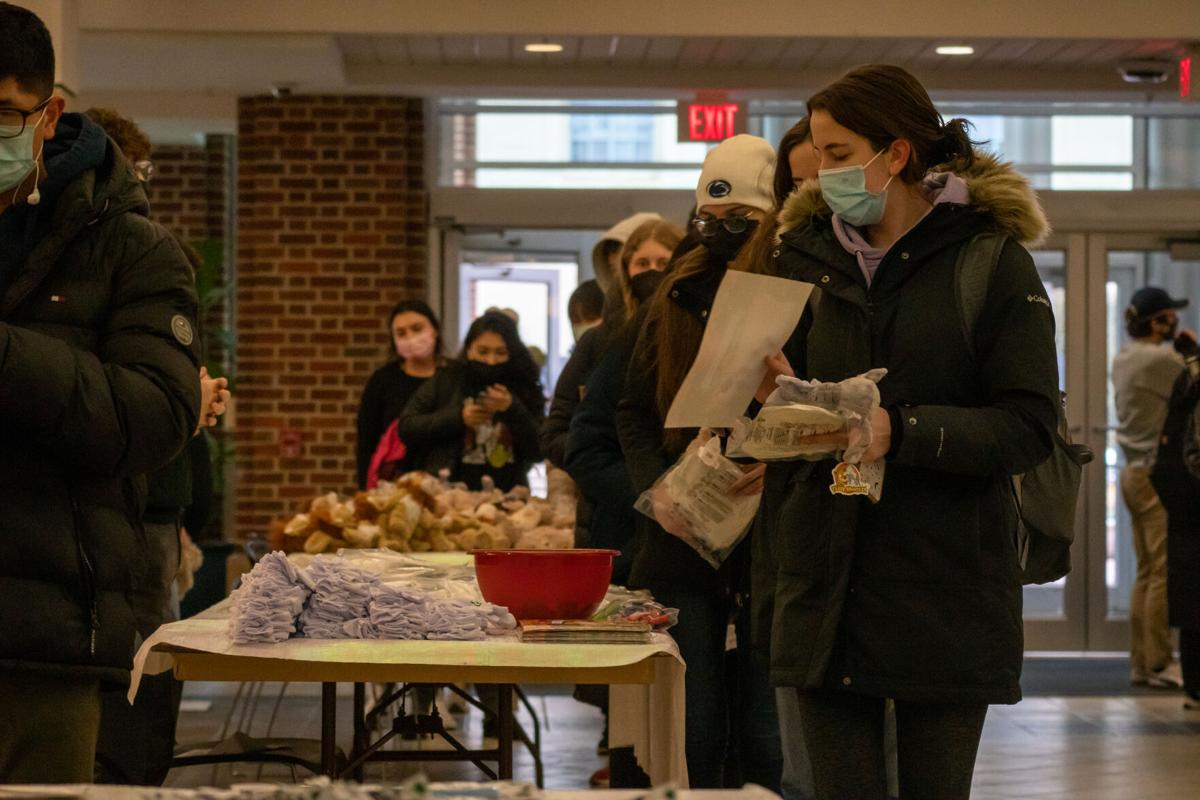 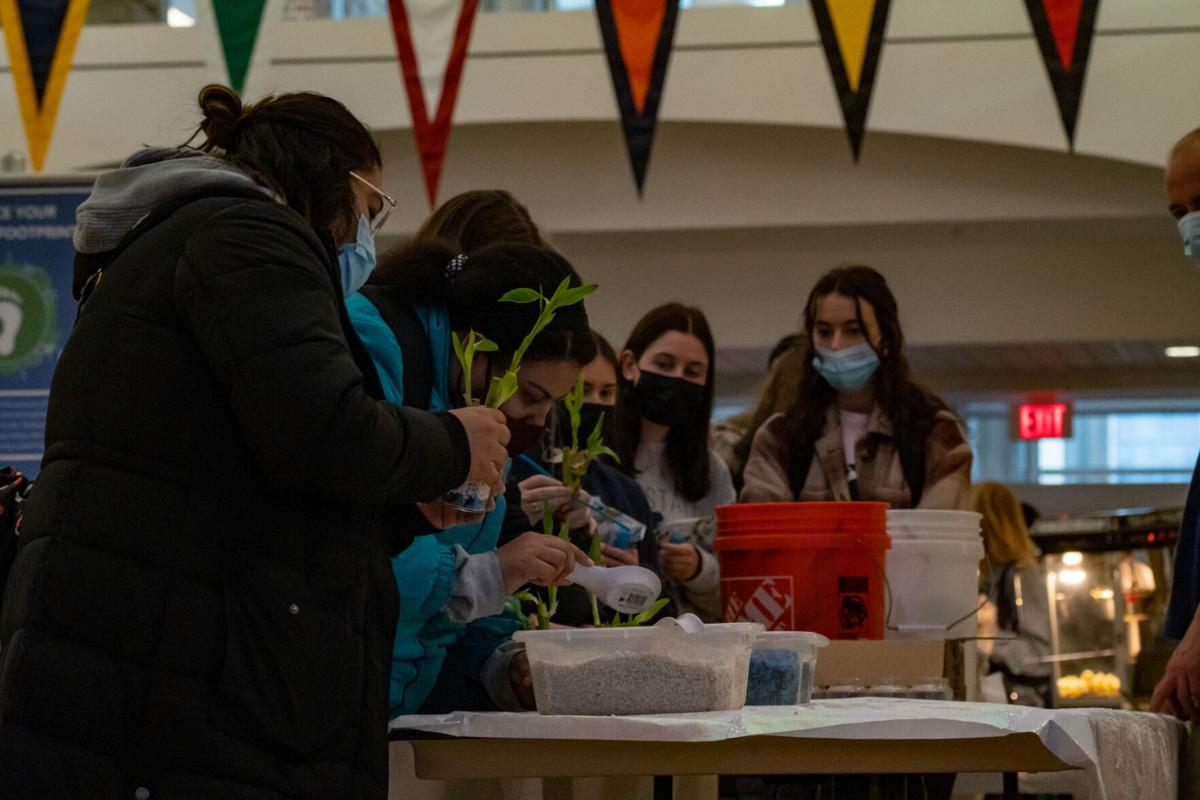 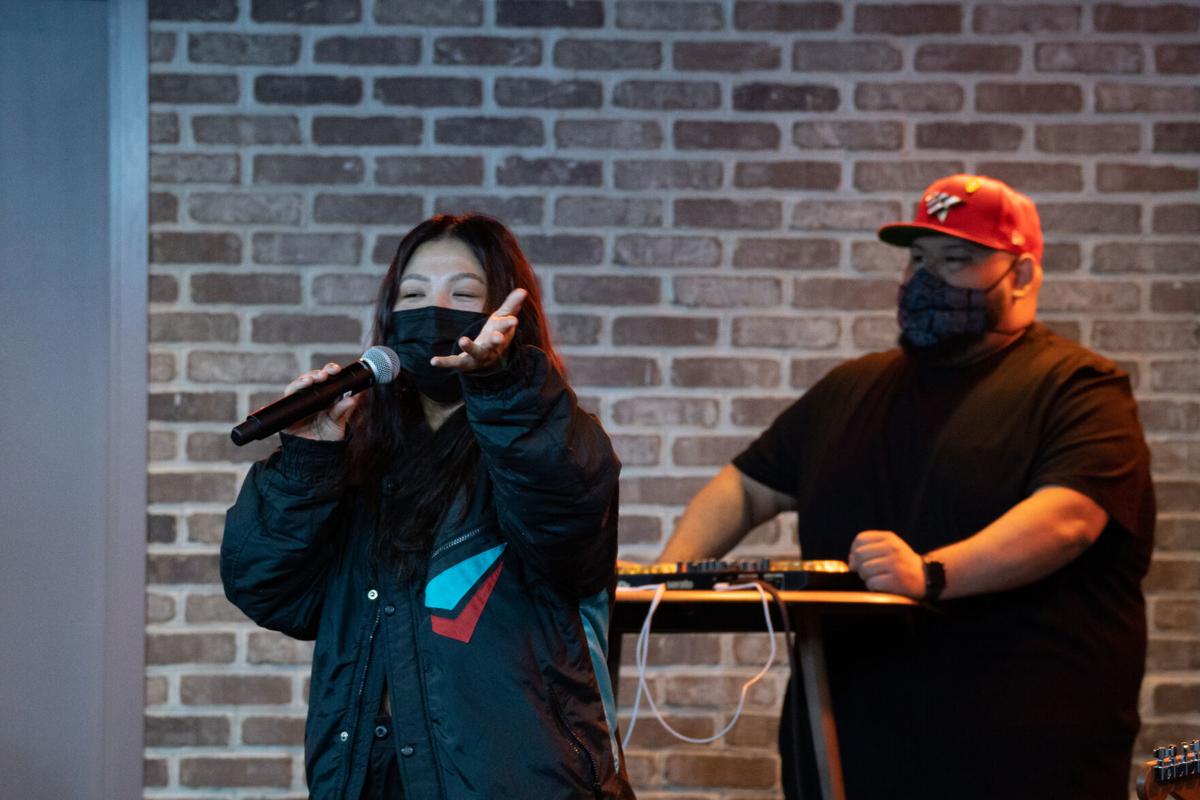 Singer-songwriter THUY performs a concert for SPA Noontime as part of SPA Day in the HUB-Robeson Center in University Park, Pa. on Friday, Jan. 14, 2022.

As the first week of classes wrapped up, and wind chilled the air, Penn State's Student Programming Association warmly welcomed students into the HUB-Robeson Center for a day of free events and goodies.

SPA Day — an annual tradition since the program’s debut in 2006 — took place from 11a.m. to 3 p.m. Friday, with varieties of booths and activities for students to experience.

SPA Director of Finance Ally Kennedy said “all of our committees in SPA come together” for SPA Day and “choose things to do cohesively” — food, crafts, concerts and noontime as recurring favorites.

“It’s a big tradition for everyone and my favorite day of the year,” Kennedy (senior-communication sciences and disorders) said.

“I am a big stuffed animal person,” Victoria Barr (freshman-biochemistry) said, who waited alongside friends to pot bamboo.

Eyeing the extensive line that wove between booths, Kennedy said it looked like the lucky bamboo was attracting the most people.

“Tim had a change of heart, he’s typically not a plant guy,” Kozlosky (senior-biotechnology) said.

Laughing along, Schmitt (senior-chemical engineering) said the stuffed animal put him in a "good mood."

“We’ll see if I can keep the bamboo alive,” Schmitt said.

Paulina Rodriguez, SPA’s Director of Events, said she saw an “amazing response" to each of SPA's activities throughout the day.

“We ran out of everything within the hour, so it’s been crazy,” Rodriguez (senior-public relations) said.

Following the activity booths, a Noontime performance by THUY — a singer-songwriter based in Los Angeles — took place in the HUB 008 lounge.

Accompanied by DJ Cookbeats and guitarist Alex “Tone” Guerrero, THUY encouraged everyone to “loosen up a bit” and join her in song, singing “In My Bag,” “Ride For Me,” “Wanted” and “U Got Me.”

“I am a fan of THUY, so I specifically came to this event for her,” Isabella Gaitan-Salanga (senior-marketing) said.

“She put on a really good show,” Nate Cherok (sophomore-geography) said, having not known of THUY previously.

Events continued with a photo booth, Insomnia Cookies and opportunities for students to get tickets to see Friday night's headliner Dominic Fike, who will perform a free concert at 8 p.m. in the HUB’s Alumni Hall.

Fike is known for his role in the HBO show "Euphoria" and several hit songs.

Jamilette Castro (junior-economics), a fan of Fike, said she is “geeking out” over his performance.

Ung (junior-engineering science and mechanics) said Fike’s performance proves to be a popular event, for the tickets went quickly.

“Hopefully we can keep adding more amazing stuff to entertain students during the first week of classes each year,” Rodriguez said.

Along with the start of classes and clubs, new displays of artwork in the HUB-Robeson Center…

Penn State celebrated its long relationship with National Taiwan Normal University with the unveiling of a plaque Friday in the Old Botany building.

After coming back from holiday break, Penn State students celebrated the end of the first week of the spring semester by attending the highly …

With the snowstorm coming into State College, there’s only one thing on Penn State students’ mind: the best sledding locations on campus.