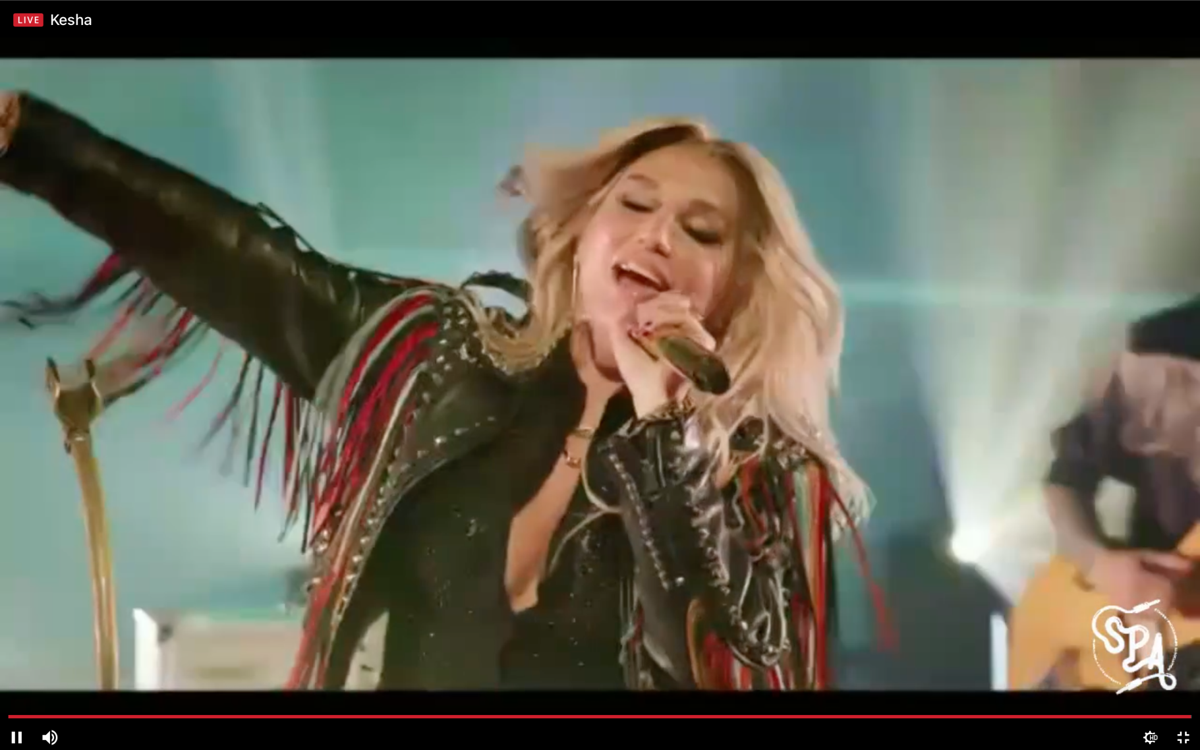 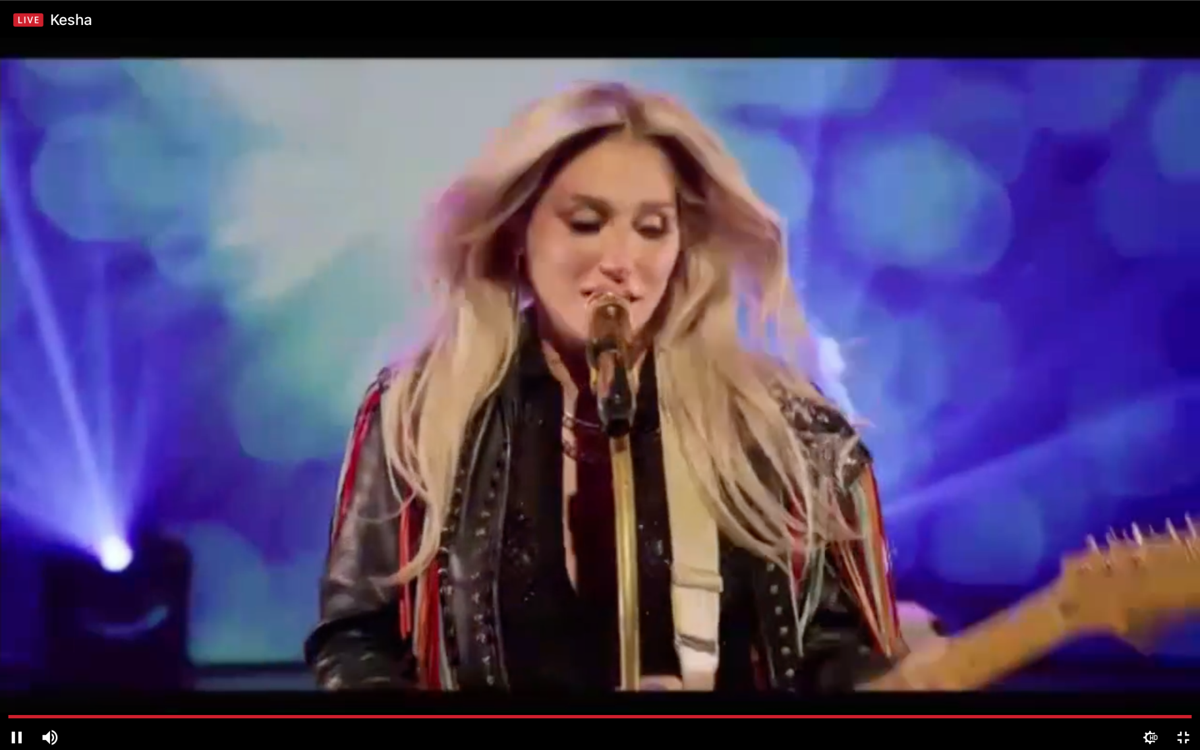 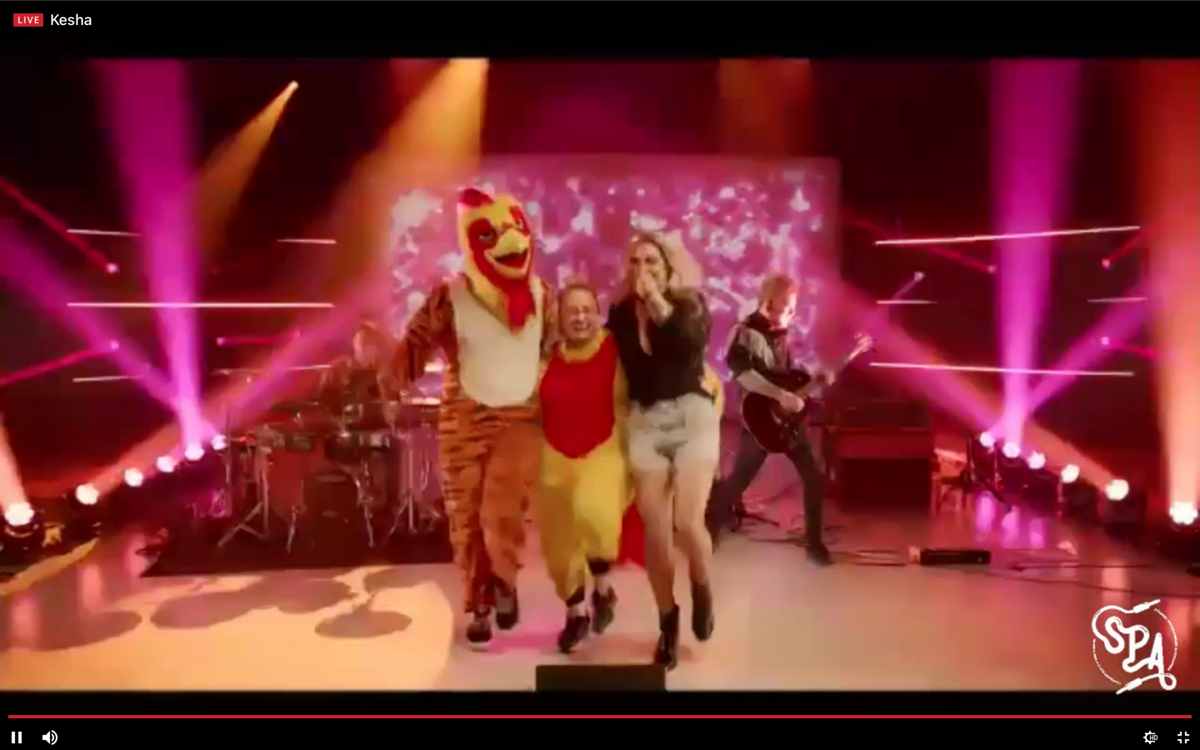 Kesha said, “The party don’t start ‘til I walk in,” so naturally, the party didn’t start until she brought her energy to the stage for a SPA-hosted virtual concert Friday night.

Coming out of the gates singing “Your Love is My Drug,” Kesha expressed how much she missed performing live for her fans.

“We all know this past year has sucked ass, more ass than any year I’ve ever lived through,” Kesha said.

After performing “We R Who We R,” Kesha reminded her fans to “be [themselves] unapologetically, f---ing always.”

Kesha sang “Raising Hell,” which she said she recorded with the artist Big Freedia after going on a cruise and twerking together, followed by “Shadow,” a song off of her latest album “High Road.” She said the song was inspired by her mother’s comment about her profanity in her lyrics.

With each song, Kesha reiterated how much fun she was having onstage, revealing this was her first time playing live music with her bandmates.

Channeling her female spirit, Kesha sang “Woman” before performing “Little Bit of Love” in honor of her best friend and the “Yee-blob” tattoo she got on her birthday.

Instead of delivering the original upbeat version of her song “Blow,” Kesha then performed what she called her own interpretation of the song.

This version of “Blow” was stripped back and slowed down to give the song a new folk sound.

Fans in the comment section voiced their praises for the pop star.

“You’re killing it as always,” a user named Nick said.

As if reading Pete’s mind, Kesha said she hoped her vibes were coming through the audience’s computer screens and started to play the tune of “Timber” on her guitar.

“I can’t wait to see you and hug you and smell you,” Kesha said, as she transitioned into a song she said she can never fully remember the lyrics to.

Kesha continued the set with “Die Young,” then took an emotional turn with her performance of “Praying” — the song she said changed everything for her.

Teary-eyed and ready to end her night with a high-energy song, Kesha sang her first hit “TiK ToK.”

“I never liked to end a show with tears,” Kesha said. “I like to end it with beers, but they wouldn’t let me have a beer, because it’s a school show.”

The last song was jam-packed with early 2000s energy and appearances from a dancing chicken and tiger.

The same energy was put into a comment by a viewer with the username “QW.”

“Ke$ha, we bought edible glitter to put in our drinks tonight… just for you,” QW said. “Do you think our poops will be sparkly?”

With a final kickline alongside her special animal guests, Kesha’s virtual concert ended — but said to remember, “the party don’t stop.”