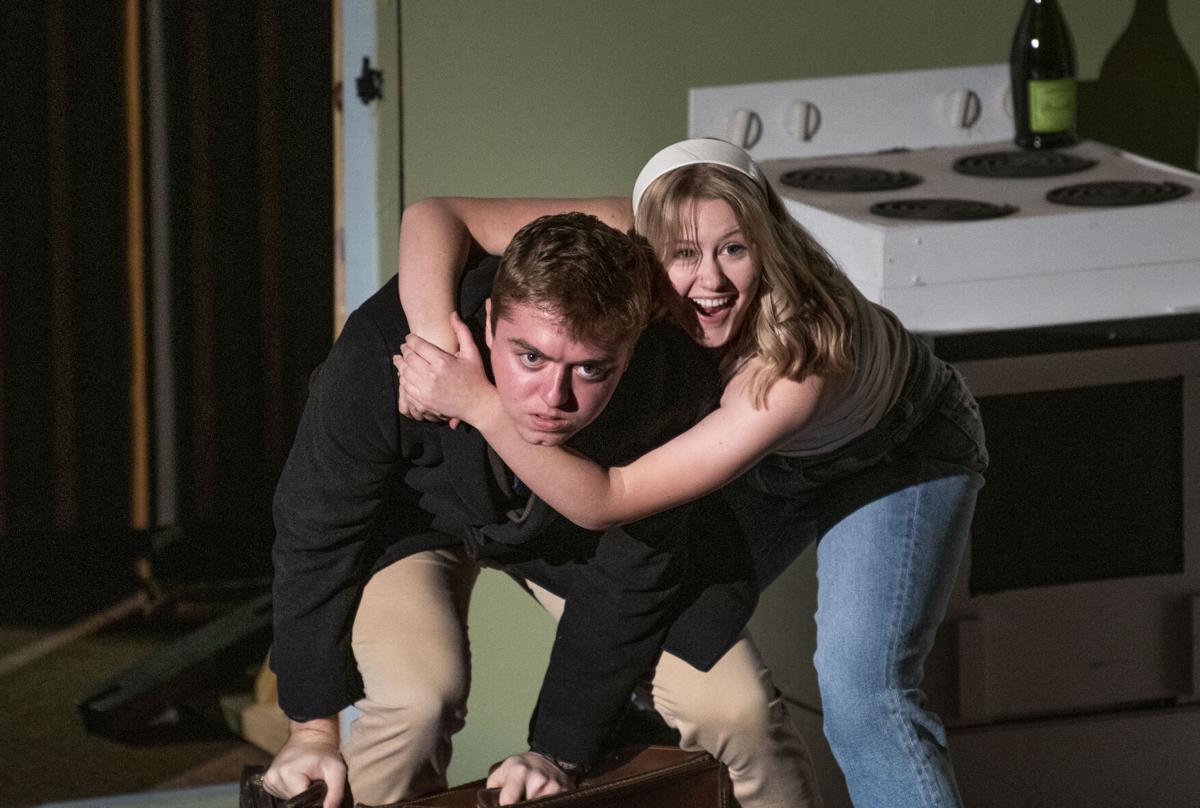 Cast members of No Refund Theatre perform in the club’s production of “Barefoot in the Park” in Forum 111 on Wednesday, Dec. 1, 2021 in University Park, Pa. 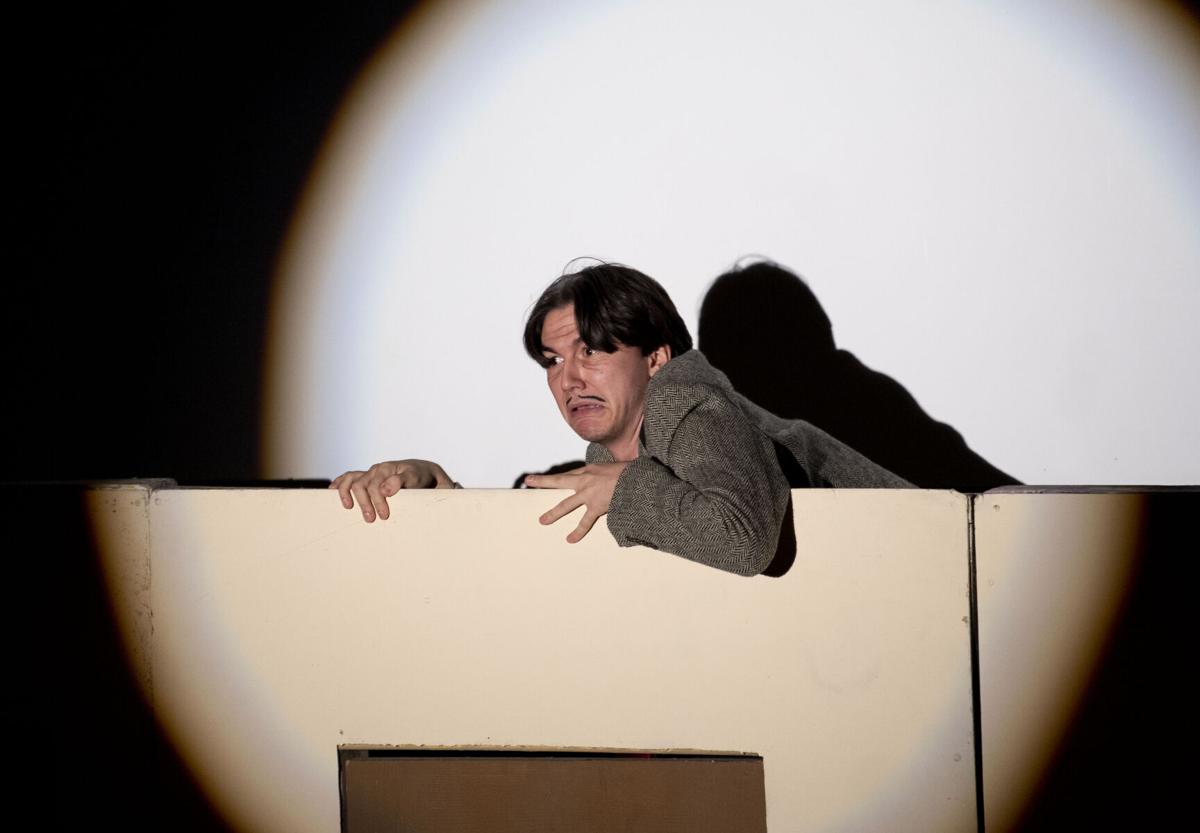 Cast members of No Refund Theatre perform in the club’s production of “Barefoot in the Park” in Forum 111 on Wednesday, Dec. 1, 2021 in University Park, Pa.

Showcasing the themes of compatibility and interpersonal relationships, Penn State’s student-run No Refund Theatre brought its production of “Barefoot In the Park” to the stage for opening night Wednesday.

“Barefoot in the Park” is based on the 1963 work by playwright Neil Simon. The original show hit Broadway in 1967, but Penn State students can watch it at 8 p.m. on Thursday, Friday and Saturday in the Forum Building's Room 111.

When discussing how the theatre group goes about picking the plays, public relations director Sam Austin said every member pitches a show at the beginning of the year, which usually amounts to about 7 or 8 projects to choose from.

“I really like this show,” Austin (junior-film) said. “So, they picked well.”

The play’s source material has been subject to many on-screen and stage productions over the years and has remained a stable point in theatre, especially to this show’s director, Lauren Bauer, who first saw this play in her theatre class and “fell in love and felt completely engrossed in all the material.”

"Barefoot in the Park” follows newlyweds, Paul and Corie, and their journey of discovering what it truly means to be compatible — all incited by Corie’s mother’s blind date.

When reflecting on her role as Corie, lead actress Lyndsey Carr said she is excited to be a part of bringing live theatre back to Penn State.

“Being a part of this show means a return back to my favorite activity — theatre,” Carr (senior-political science) said. "Finally being able to do an in-person [performance] after COVID is so rewarding, and I couldn’t have asked for a better group of people to do it with.”

The play blends humorous dialogue with a nostalgic New York setting to showcase its cast of charismatic and personable characters. All the scenes take place in a stereotypically overpriced, yet falling-apart Manhattan apartment where the character-driven conflicts and shenanigans ensue.

The overarching theme in this play is the interpersonal relationships and what they reveal about the character’s deeper selves. Every interaction between the actors on stage reveals a development, whether subtle or unavoidable, into how each character views themselves and their loved ones.

This feature was a deciding factor to Bauer (junior-communication sciences and disorders) when picking the play, she said.

“It’s really apparent that they have such realistic relationships with each other, and it's so real-life that you could put yourself into one of the characters even just a little bit,” Bauer said.

Bauer said she feels the play illustrates a sense of “sweetness and honesty,” and Austin said the play is a “good laugh."

“I want the audience to see that love has no bounds and that our differences can bring us closer together,” Bauer said. “Even with the greatest differences, we can find similarities between each other.”

As the holiday season (cinnamon) rolls around, people may look for sweet treats to get them …

When rapper Yung Gravy hit the stage while sporting a pink flamingo pool float on Thursday night in the HUB-Robeson Center’s Alumni Hall, the …

From the beginning of Penn State Centre Stage’s production of “A Midsummer Night’s Dream,” the audience is immersed into a whimsical, adventur…