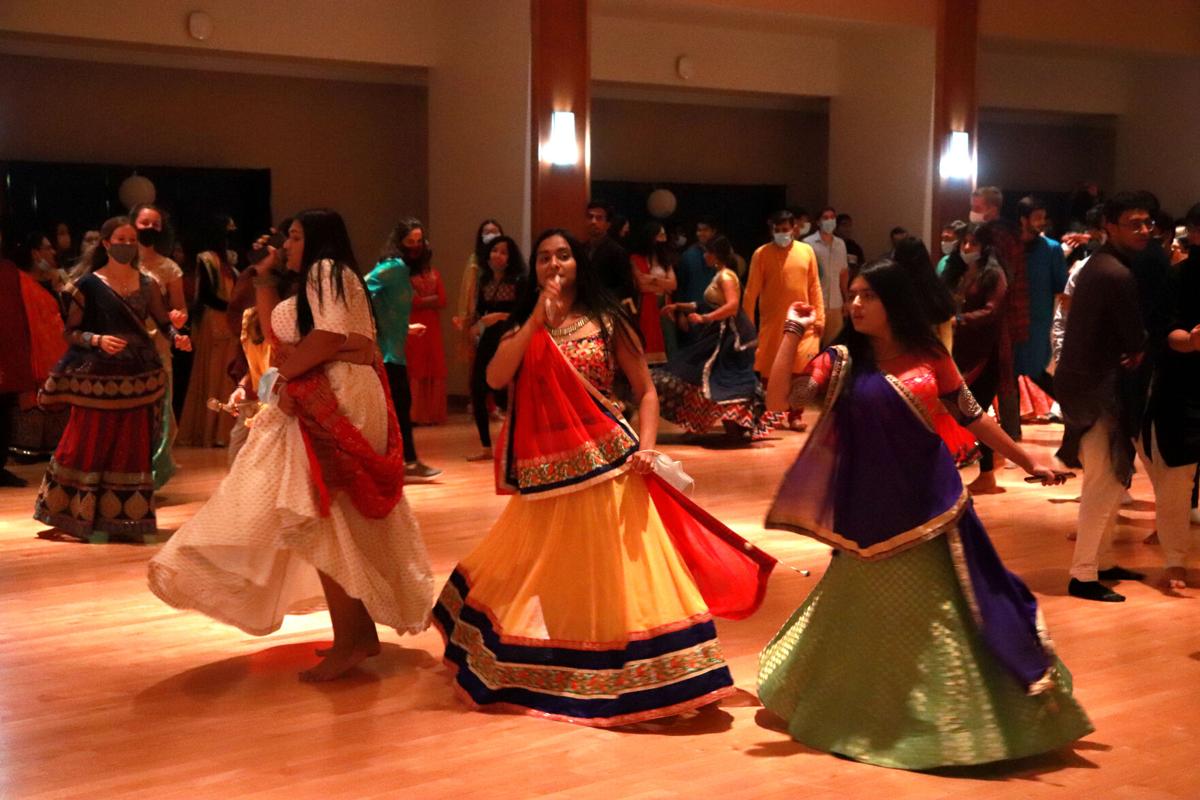 Festival attendees dance in several large circles around the center shrine of Shakti in the Alumni Hall at the HUB-Roberson Center on Sunday, Oct. 3 2021 dancing began at 7:30 p.m. The festival was hosted by the Indian Culture and Language Club 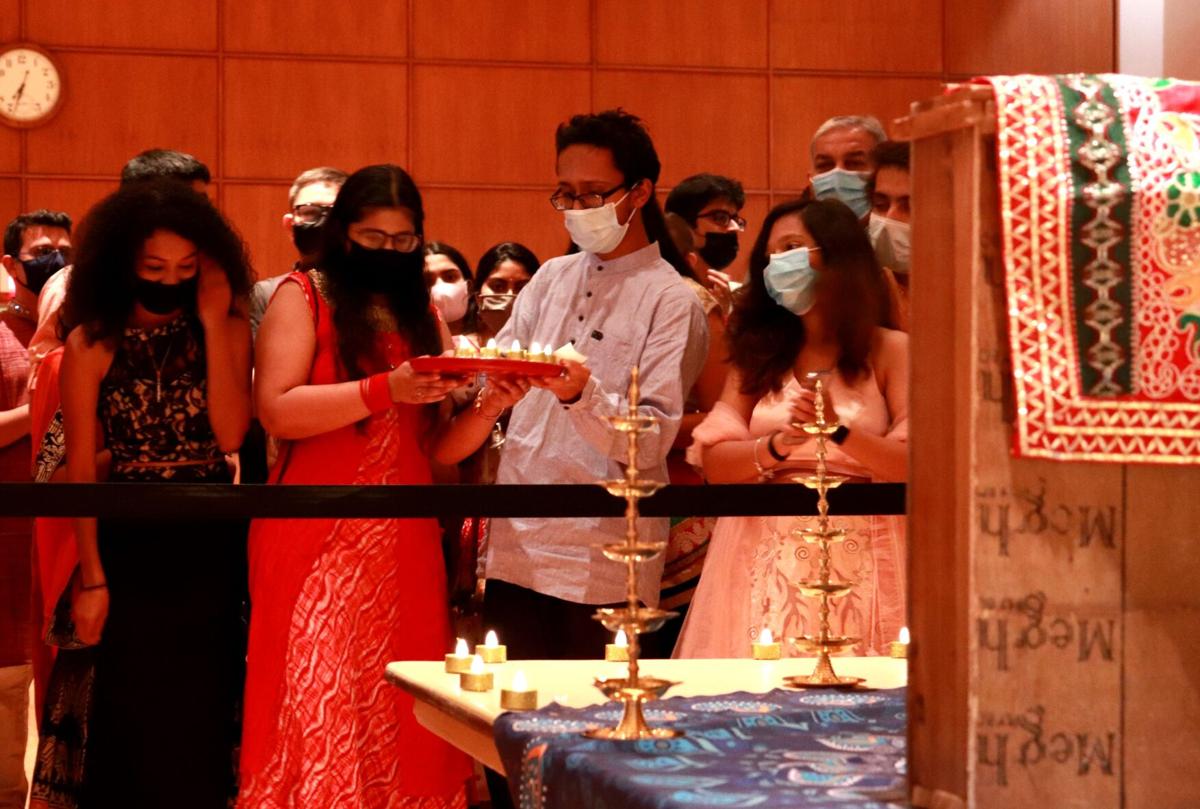 Festival attendees gather around a shrine positioned in the center of the room passing a candle lit tray over the shrine to Shakti before the Garba dance begins in the Alumni Hall at the HUB-Roberson Center on Sunday, Oct. 3 2021

President of the ICLC Shashwat Shekhar said Garba is “one of the most popular festivals back in India.”

“As you know, Hindu culture has a lot of gods and goddesses, right?” Shekhar (senior-computer science) said. “[Garba is] celebrated to kind of empower the female divinity.”

Shekhar said the full ceremony is celebrated over nine nights consisting of "dance, music, snacks, everything.”

“So here at Penn State, the ICLC is trying to recreate that feeling for the Indian community,” Shekhar said.

Freshman Avi Gottimukkala said as a South Indian, Garba was a “new experience.”

“It’s the second time I've ever been to Garba,” Gottimukkala (freshman-cybersecurity) said. “So there’s kind of a connection because I'm Indian, [but] I'm looking at other cultures.”

Attendees checked in before entering the dimly-lit Alumni Hall where the festivities were held. Garba-goers danced in a circle around a table filled with candles, while a live band played on stage.

In the left corner of the hall closest to the door, winded dancers and hungry watchers alike could purchase Indian drinks and snacks like Frooti and Kurkure, respectively.

Junior Kaivalya Viramgama said there are different ways of celebrating the occasion and dancing.

“There's not just one way, but [Garba] involves a lot of circles [around the candles]. You turn around a lot, you clap,” Viramgama (junior-biobehavioral health) said. “It's really, really fun. It's maybe hard to get to know at first, but once you do, it's really fun.”

Gargee Gosavi said, to her, Garba is about having fun with her friends and dancing, and she said it encourages students from all backgrounds at Penn State to join in on ICLC’s future events.

“It's [about] just meeting new people and wearing traditional clothes… just a fun event,” Gosavi (sophomore-psychology) said. “People not from the Indian nation, [should] join us and have fun with our culture.”

Similar to Gosavi, Shekhar said all students at Penn State should come to ICLC's next event — a festival of Diwali.

“I would really like to add that ICLC does a lot of festivals, not just Garba. So we're gonna have our Diwali festival as well, this November,” Shekhar said. “I think it's a really great way [to get] close to the community. I would really urge everyone to come check out the culture and embrace it.”

Editor’s Note: The Daily Collegian staffers’ playlists is a series started in spring 2020. Each week, a new staff member is featured to create…