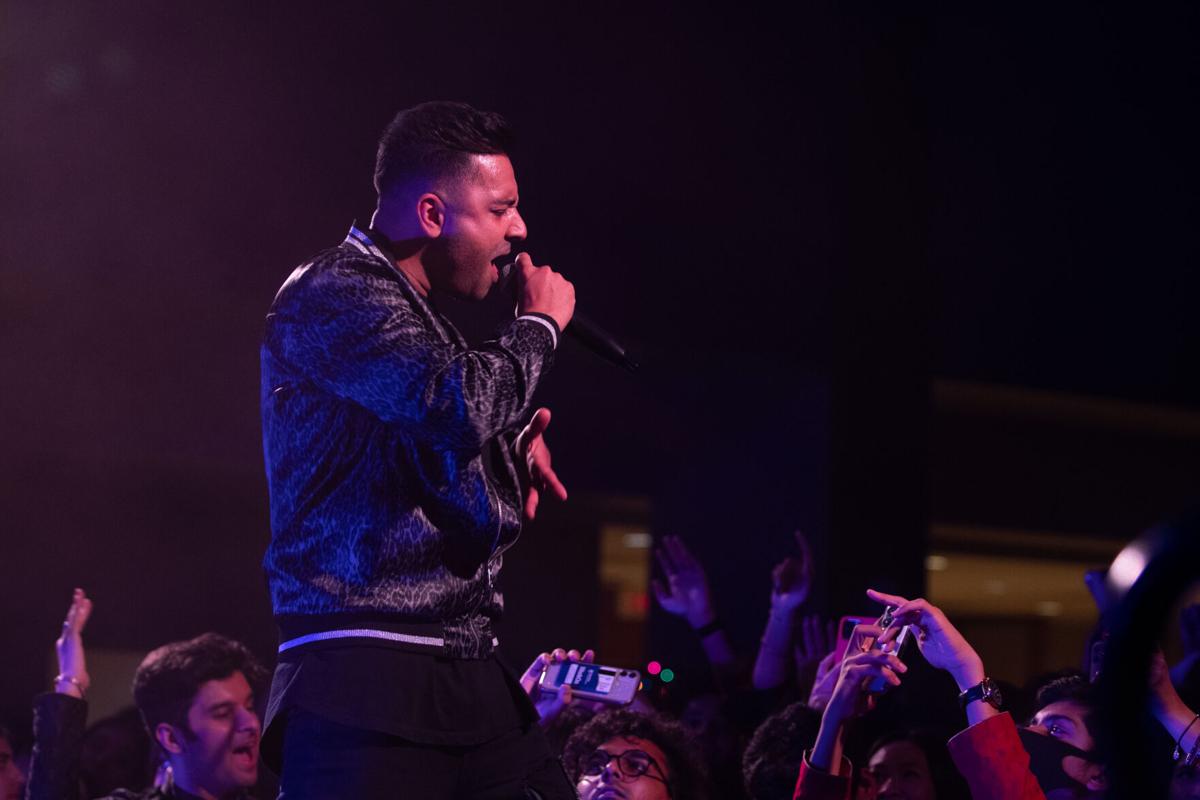 R&B artist Jay Sean performs on stage for the Diwali celebration at Alumni Hall in the HUB-Robeson Center on Saturday, Nov. 6, 2021 in University Park, Pa. The event was hosted by Indian Culture and Language Club. 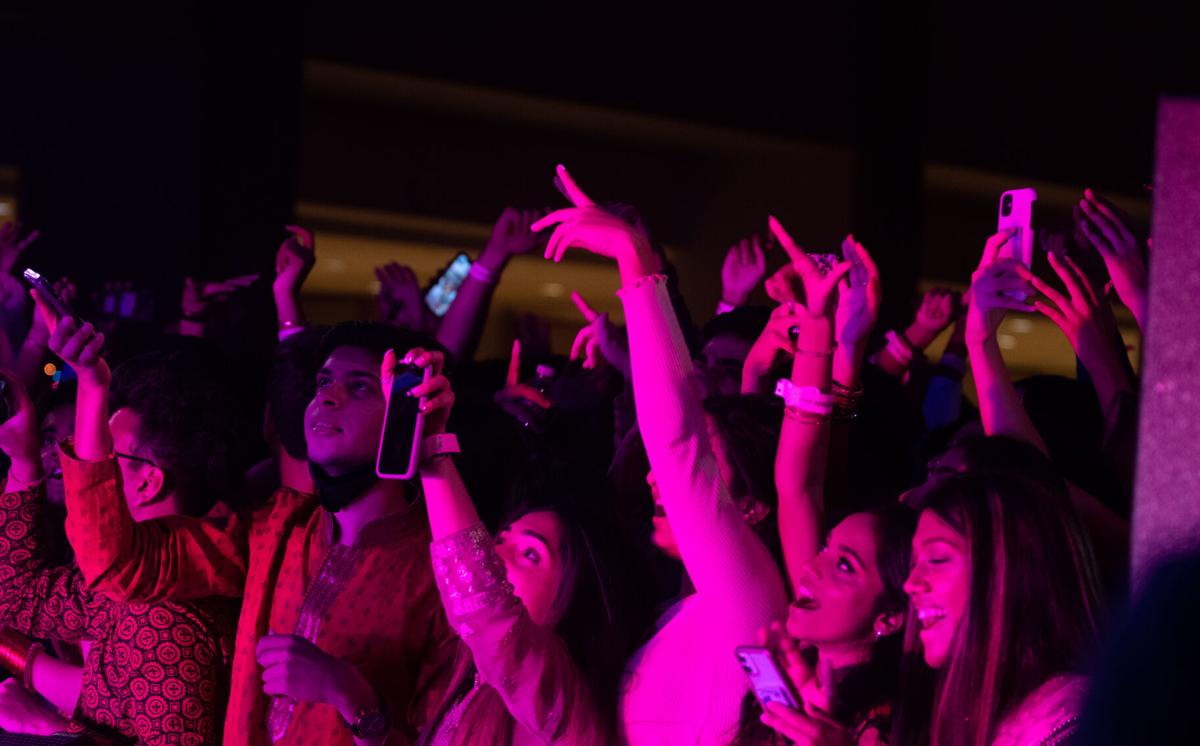 Penn State students raise their hands as R&B artist Jay Sean performs on stage for the Diwali celebration at Alumni Hall in the HUB-Robeson Center on Saturday, Nov. 6, 2021 in University Park, Pa. The event was hosted by Indian Culture and Language Club.

Diwali — also called the festival of lights — is a celebration of light over darkness. It is a prominent festival in South Asia and is celebrated by cultures all over the world.

President of ICLC Shashwat Shekhar said about 900 people attended the event, and it was an "experience of a lifetime.”

“Diwali is a celebration that brings me closer to home, to my culture,” Shekhar (senior-computer science) said. "A lot of people aren’t at home this Diwali, so we wanted to do something that would make them realize the culture and relate it to how they celebrated [Diwali] back in India.”

The evening started with displaying the talents of various South Asian student clubs with jam-packed performances by dance clubs Nritya, Sher Bhangra, Natya and JaDhoom, an a capella performance of a fusion of Bollywood and Western songs by Penn State Fanaa and individual musical performances by students.

Penn State alumnus Ibraheem Faiaz, who graduated in 2020 with a degree in health policy and administration, performed a rendition of songs, warming up the crowd before Jay Sean.

“I was nervous [for tonight’s performance], but I always have fun at Penn State,” Faiaz said.

Long lines of students assembled in the right corner of the hall for the attendees to fill their appetites with Indian food before the highly anticipated Jay Sean performance.

Treasurer of ICLC, Jainam Jain, said his favorite part of an event like this is “the artists we bring.”

“Diwali brings back a lot of family memories, and I am excited for Jay Sean to perform tonight,” Jain (junior-finance) said.

The crowd chanted Jay Sean’s name as they waited excitedly for his performance to start. Jay Sean took the stage in a black leather bomber jacket paired with black skinny jeans and sneakers at 9:57 p.m.

Jay Sean engaged with the audience by taking students’ phones from the crowd and clicking selfies with fans from the stage.

The crowd particularly enjoyed Jay Sean’s hits “Ride It” and “Down.” The remix version of “Ride It” went viral on TikTok early this year.

The show was briefly interrupted by a Penn State employee who enforced the mask policy by asking attendees of the event to put their masks on.

Jay Sean switched up his setlist by performing some Punjabi songs in honor of the Diwali festival. Born to Indian parents in Hounslow, United Kingdom, Sean said he is “proud of [his] culture” and emphasized the importance of celebrating his Indian roots.

Simran Rathod, the event’s co-host, said “ICLC did a great job with planning.”

“It’s really cool that we have this community here [at Penn State] that gives us a chance to celebrate our culture so nicely,” Rathod (junior-psychology) said.

The Center for the Performing Arts at Penn State announced it will sell tickets for its spring 2022 lineup of events starting at noon Nov. 18.

While scrolling for hours on end across social media platforms, some may come across sped-up skits of mom and teacher impressions.