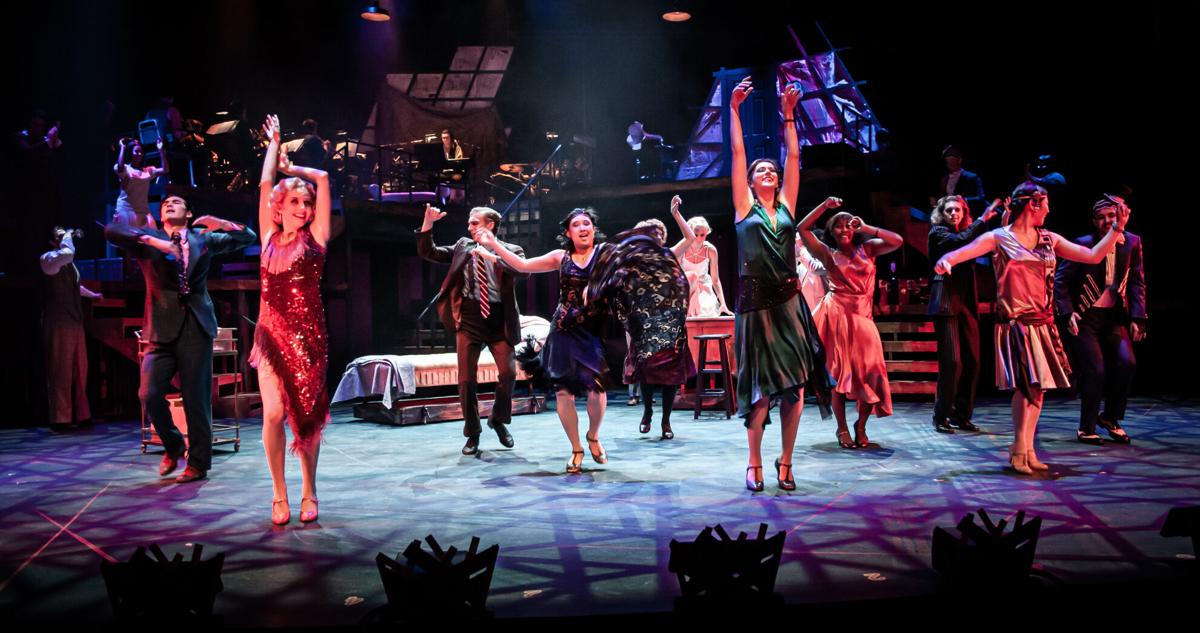 While audience members entered the Playhouse Theatre to find a seat, a low-hanging fog partially obscured the set of Penn State Centre Stage’s production of “The Wild Party,” setting the mood for a dream-like and sultry show.

With song, book and lyrics by Andrew Lippa, Friday’s opening night performance of “The Wild Party” was directed by Alison Morooney (graduate-directing for musical theatre).

Emma Patane said she enjoyed the show and being back in a theater since the pandemic began.

“I thought it was awesome,” Patane (freshman-elementary education) said. “I haven't been to the theater in a long time. And I love going when I can. I thought that [Centre Stage] did a really, really nice job.”

Madison Domanico said she enjoyed the aspect of seeing the show live.

“It was super exciting getting to go back,” Domanico (sophomore-division of undergraduate studies) said. “There's something about actually sitting in seats and watching a live performance that watching it at home on the couch just can't give you.”

The musical centers on a Vaudeville dancer’s attempt to bring some excitement to her abusive relationship by throwing a party. The story that follows is one of romance, excess and lust.

The energy of the cast and ensemble reverberated through every tune in the show, starting from the opening number and carrying on until the very last.

Keiona Nesbitt (junior-musical theatre) made her debut with Centre Stage as Kate, a woman determined to be the life of the party.

Nesbitt showcased her vocals in the opening number to Act 2, “The Life of the Party,” a song that called for many long, powerful notes.

Malik Bilbrew (senior-musical theatre) played Kate’s date to the party and Queenie’s love interest with charm, yet also with a distinct warmth was heard in “Poor Child.”

Joining the main cast was the ensemble of singers and dancers, all of whom added to the atmosphere of the show through their harmonies and energetic dancing.

“The extended sequence where he's just doing a solo dance [for] the show was beautiful,” Griffith (junior-costume design) said.

The lighting design of “The Wild Party” by David Heguy (junior-theatre design) was consistently dynamic, at times giving the main cast a glow of white or shadows of dramatic red.

The low-lying fog helped to obscure the ensemble when the stage darkened to a very deep blue, giving the show a dream-like atmosphere with its haziness.

Jeremy Eiben’s (graduate-costume design) costume design worked in tandem with the lighting of the show, allowing important characters to easily stand out on stage when needed.

Domanico said she would recommend the show to people who are not fans of theatre.

“I felt that it was super easy to follow and had all of the elements of a good show,” Domanico said. “It was a dark story, but definitely an entertaining one. I wouldn't even consider myself a huge theatre person, but I was sucked in for the entirety of the performance.”

Centre Stage’s production of “The Wild Party” will run until Nov. 14 at the Playhouse Theatre, with evening performances throughout the week and weekend matinees.