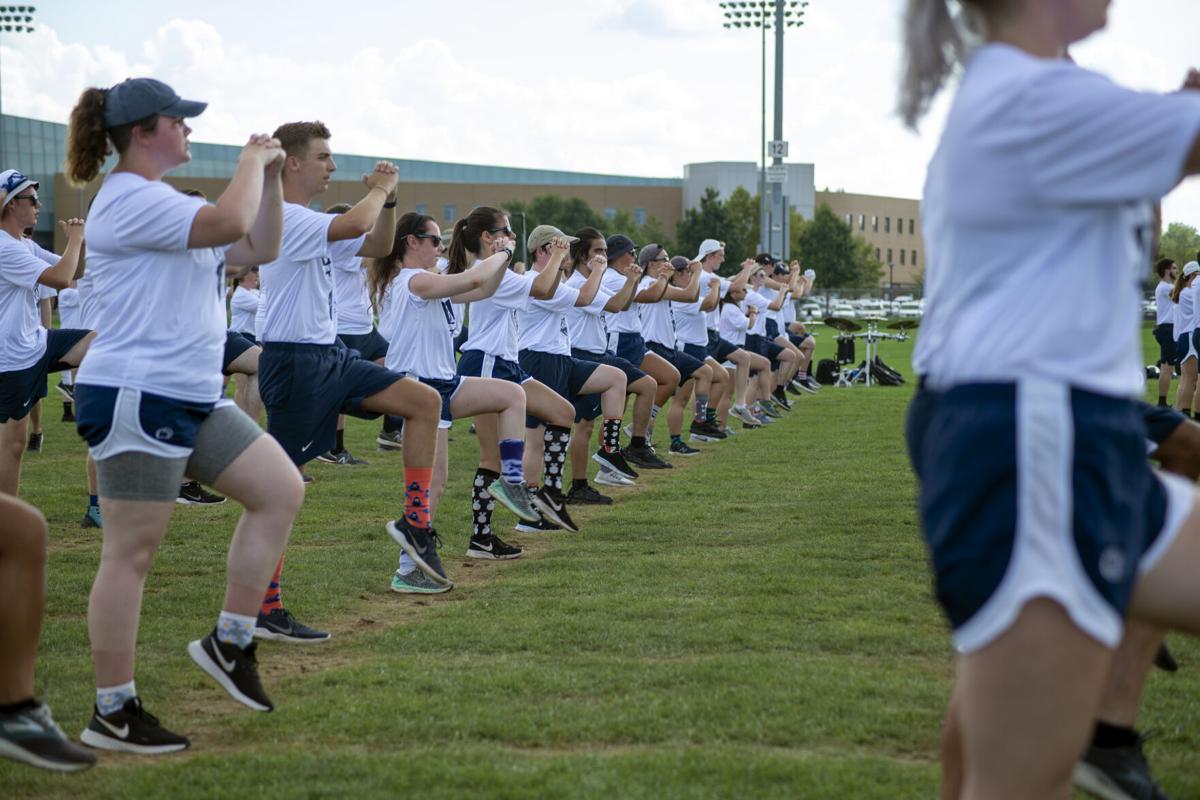 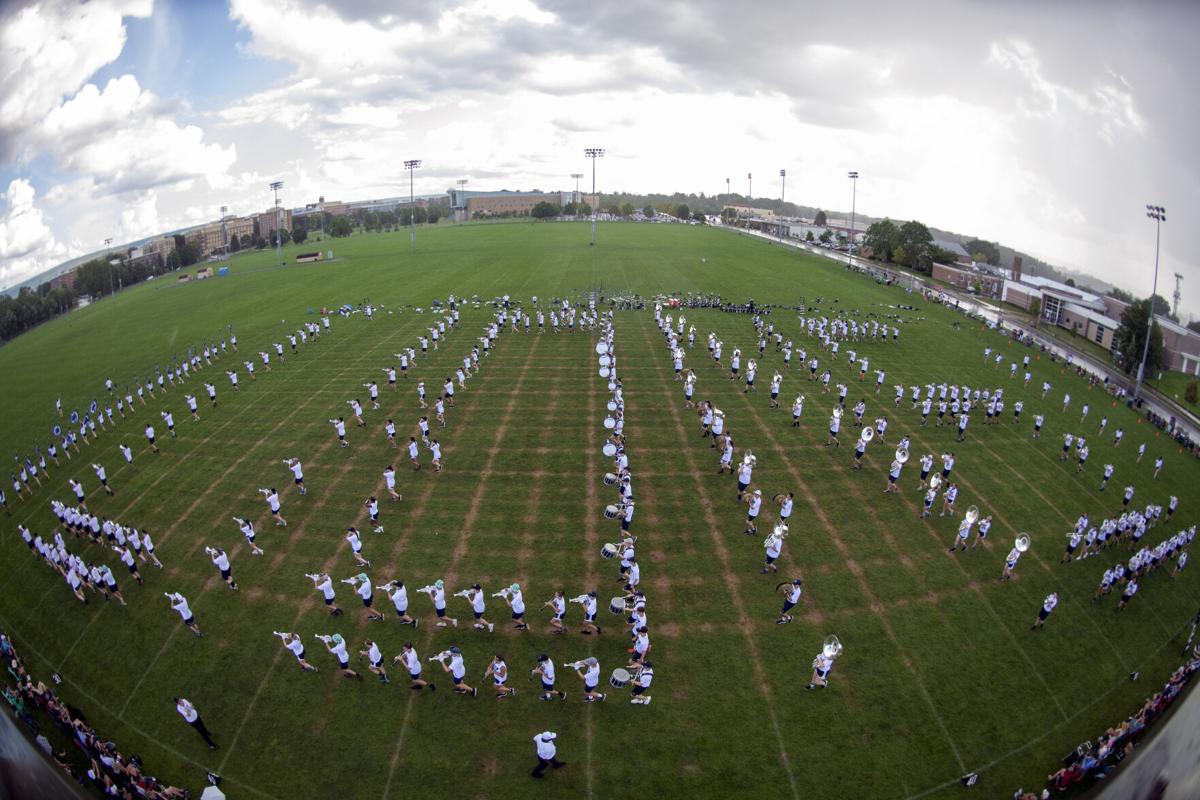 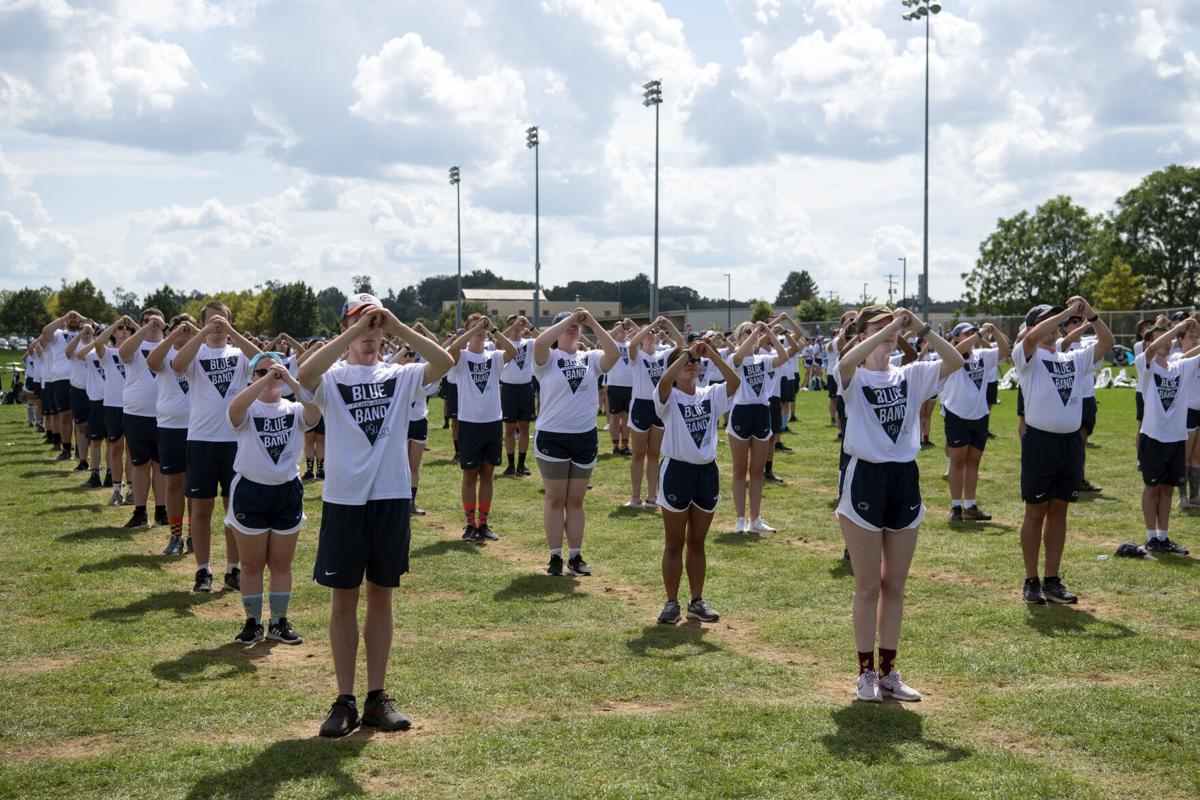 With the return of football to campus, Penn State’s Blue Band is back in full force and ready to hype up the crowds of blue and white this semester.

Piccolo Guide Alyssa Graziano described the feeling of being back as “overwhelming.”

“I cannot fully put into words how thankful and excited I am,” Graziano (graduate-special education) said.

Last year, Blue Band practices were limited by coronavirus regulations, which included an increase in distance between performers’ marching positions and required the use of multiple fields for practice, according to leaders of the band.

“We were still able to have Blue Band in some form last year,” Brooks (senior-health policy and administration) said. “We still got to meet outside and were masked at all times and socially distanced while being on the band field.”

Graziano said she felt like something was missing from practices last year.

“I felt like a lot of [practice] was able to translate [with restrictions], but at the same time, not at all,” Graziano said. “We were able to do marching, but it was all marching in place. Our first years last year never got to take a marching step forward.”

Drum Major Ryan Frist said members of the Blue Band were given special masks to wear if they played an instrument requiring the use of their mouths.

“We had covers that went over our instruments, basically just like a little slit, but there was an overlap slope,” Frist (junior-mechanical engineering) said. “That way, it was still kind of covered, but you can still play.”

Frist said these regulations and the lack of live performances stand in sharp contrast to the atmosphere of fall 2019.

“I'm not gonna shy away from the fact that not getting to perform at all or be a part of the football games was a little disheartening last year,” Frist said. “The environment of being in Beaver Stadium is definitely a thrill that you can't really replicate anywhere else.”

Brooks said the semester was made even more difficult from “knowing what we were all missing out on.”

“Missing out on football games and all the performances and awesome things we get to do was definitely hard,” Brooks said. “[Even] something as simple as just singing the Alma Mater… it’s nice just to have those moments again, you know?”

Graziano said she missed the hype of performing for a crowd, being in the stadium and “feeling that energy.”

“Just feeling the appreciation for all the hard work that we put in — it really is a lot of work that everybody is constantly putting in at rehearsal and outside of rehearsal,” Graziano said. “Watching people get excited for us is probably one of the best feelings I think I've ever felt.”

“All these people [who] all I want to do [is] hug, I couldn't give them a hug, because that was not the safest thing,” Newvine (senior-education) said. “So that was the biggest thing that I missed from last year. But again, I still got to see those people, so even that was a blessing.”

Newvine said Blue Band practices have so far “mainly gone back to normal,” and the team is starting to “get back into the swing of things.”

“There's still restrictions in place, but at the end of the day, we're all just really happy that we're back together,” Brooks said. “We're back and getting to make music — or for me — I get to twirl.”

Frist said despite the university guidelines put into place, the Blue Band is able to have “mostly normal” outdoor practices.

“We do remain extremely conscious of the fact that the COVID virus is still out there,” Frist said. “But we are able to rehearse back in our normal spacing, [and] most aspects of our performances are going to be back to normal.”

Newvine said no matter what the conditions are on campus, the Blue Band will “continue to grow as a band and continue to work toward the excellence that we're known for.”

Frist said he maintains a bit of skepticism regarding the current coronavirus policies because “anything can change at any moment.”

“Even over the summer, it was looking like things were gonna be completely normal,” Frist said.

“And then a week before or two weeks before [Arrival week], they [announced] a mask mandate for buildings again.”

Graziano said it feels good knowing all the hard work they put in last year and again this year “didn’t go to waste.”

“I feel like, in a sense, [it] made us stronger because now we know how to go through things that we haven't ever endured before — we know how we can best push ourselves,” Graziano said.

Graziano said she was so thrilled with the news of returning to an in-person season that she jumped out her seat after the announcement.

The Duck Donuts located in the Dr. Martin Luther King Jr. Plaza reopened its doors to the pe…

Housing insecurity can affect anyone in a community, regardless of age, race or gender — and it’s an issue that isn’t foreign to State College.

Being a first-generation college student can come with its own challenges, and at Penn State, the First Gen Advocates seek to advocate and pro…

Ayden Herold is a news reporter for The Daily Collegian. He is a sophomore majoring in digital and print journalism.