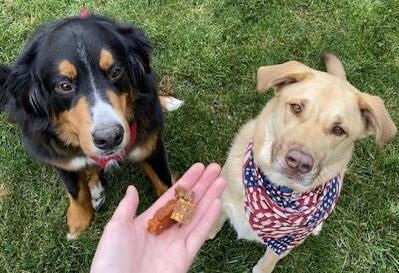 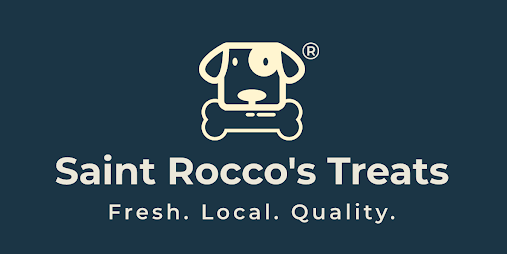 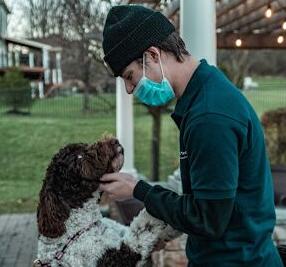 While a senior at Penn State in 2021, finance major Kolby Rush scrambled to find a new internship after his previous plans were canceled due to the pandemic.

So, he naturally started a business with his younger brother, Kaleb Rush.

Kaleb, a current junior at Temple University majoring in entrepreneurship, said their family’s history in the dog treat industry spans several decades, mentioning that both their grandfather and father have been in the business.

“We’ve always had that entrepreneurial spirit,” Kaleb said. “So we kind of came together and just thought of, ‘What is the industry missing?’ and we wanted to fill that void.”

Saint Rocco’s Treats began out of Kolby and Kaleb’s hometown kitchen, where the mess and smell of creating dog treats became too much for their mother to bear, causing her to kick them out of her kitchen.

“She’s extremely supportive of us,” Kolby said, but he said he understood that preparing dog treats was “a little iffy for the home.”

So, the brothers moved over to their aunt and uncle’s house, where there was an extra kitchen to use, to make dog treats.

During these early days of Saint Rocco’s Treats, the brothers would go door to door offering free samples of their treats in hopes of attracting customers to their newly developed business.

Having been in business for roughly two years now, Kolby said they have developed a three-tier approach to Saint Rocco’s Treats.

The first tier includes their online presence, which is their main way of getting people’s attention: social media exposure.

Next, the brothers have a retail arm for Saint Rocco’s Treats, where they’re open to partner mainly with “independent retailers that commonly share a lot of the values that we believe in,” Kolby said.

The last tier of Saint Rocco’s Treats’ approach to business is attending in-person events, such as farmers markets and other community events.

“This is an aspect I’m really passionate about because I think it’s really cool and a way to differentiate us as a brand,” Kolby said.

As of now, Saint Rocco’s Treats is primarily run by the Rush brothers; however, they have gradually begun to hire people to be a part of their team.

One of their team members happens to be present Penn State student Shannon Saclyn.

Saclyn (junior-marketing) serves as Saint Rocco’s Treats’ part-time social media manager. She posts daily to the Instagram and Facebook accounts and interacts with the “pupstomers.”

Saclyn originally heard of Saint Rocco’s Treats in one of the weekly newsletters from the Smeal College of Business.

When Saclyn saw the business was looking for a social media manager, she thought, “Oh my gosh, this is my dream job. I totally want to go for this.”

Having been a member of the Saint Rocco’s Treats team for about six months now, Saclyn said Kolby and Kaleb are some of the most “down-to-earth” and creative people she’s ever met.

“Their passion for their business is so inspiring, and it makes me motivated to work at Saint Rocco’s,” Sacyln said.

One of Saclyn’s favorite things about working for Saint Rocco’s Treats is the people and their passion for making the world a better place.

For every pound of dog treats someone purchases, Saint Rocco’s Treats donates $1 to local animal shelters in Pennsylvania.

Kolby and Kaleb said they knew from the beginning of their entrepreneurial journey that they wanted to give back to their community, so they chose some rescue shelters and other nonprofits in the dog industry that promote positivity.

The first animal rescue shelter that Saint Rocco’s Treats began donating to was Phoenix Assistance Dogs because its mission to help rehabilitate dogs to become service animals struck both of the Rush brothers.

Kolby and Kaleb aim to donate to more local rather than national shelters because they like to know their “dollars are having a true impact on people that are working hard to do something bigger than themselves,” Kolby said.

Eventually, Kolby and Kaleb said they would love to donate to more rescues at a time, but the Rush brothers know that to be substantial, their sales have to increase before they can dream bigger.

Whether it’s numerous rescues or just one, the brothers said they are proud of what they’ve managed to donate so far and hope that “it’s had a positive impact,” Kolby said.

The Rush brothers had a difficult time pinpointing a specific moment in their career when they foresaw the success of their business, but one moment that stuck out to them was their appearance on FOX 29 News in Philadelphia.

“It just felt so good to be able to share our story and share the work we’ve put into it,” Kaleb said. “Because up until then, it was about two years of work that nobody saw.”

Kaleb said being featured on FOX 29 News also gave him a sense of how much his business with Kolby has grown in such a short amount of time.

“It gave me this like ‘Holy cow, what can we do in five or seven years?’” Kaleb said.

For now, the Rush brothers said they hope to have Saint Rocco’s Treats opened by the end of the summer or early next fall.

“It’s going to be cool that we’re finally going to be able to have our own entity,” Kaleb said. “Me and Kolby are excited to create an experience that I don’t think people have seen before.”

Along with their goal of opening up a Saint Rocco’s Treats kitchen that people can visit, the Rush brothers’ ultimate long-term goal is to redefine the dog treat industry by making it more transparent.

“We want the kitchen to be a place where you come in, and you can actively see our product lines getting made,” Kolby said.

Kaleb said people don’t go to the store and pick out random food they’ve never heard of and eat it, which is something that pet owners tend to do to their dogs.

By using five human-grade ingredients as the basis for their dog treats, the Rush brothers cultivate an environment where the customers are more aware of what they’re feeding their dogs.

“Dogs are more like family — we should start actually feeding them like you feed yourself,” Kaleb said.

Kolby expressed his gratitude for Saint Rocco’s Treats’ customers whose belief in his business from the start has given the brothers the opportunity to confidently provide a “valuable service.”

“The faith they had in us [early on] is so cool,” Kolby said.

For Kaleb, customers reaching out to him and his brother is one of the best feelings.

More specifically, being able to add value to a customer’s and a dog’s life is what resonates with Kaleb.

“Maybe [a customer’s] dog’s been going through a rough couple months, and our treats help them through that day,” Kaleb said. “It’s just a really good feeling.”

With Earth Day approaching, some Penn State students have their own stories about sustainability in college and different tasks they complete …

Jordynn Cheatle is a visual arts reporter for The Daily Collegian.