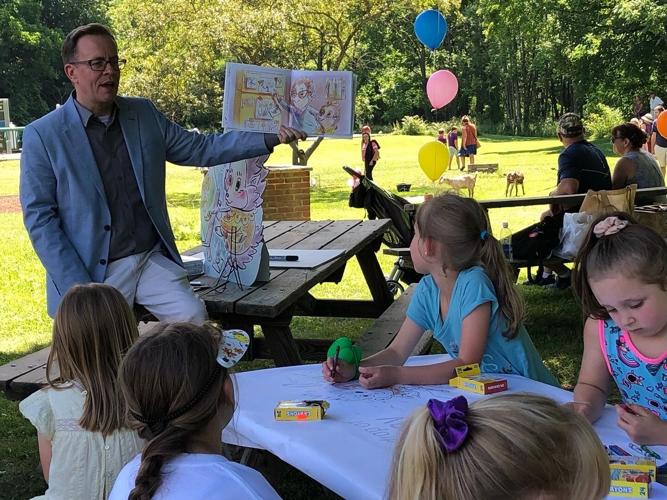 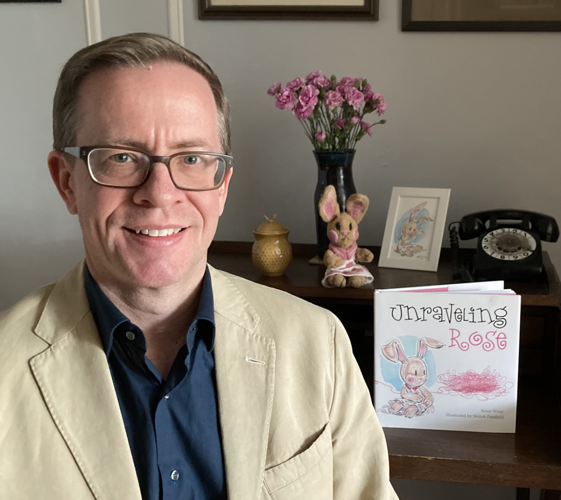 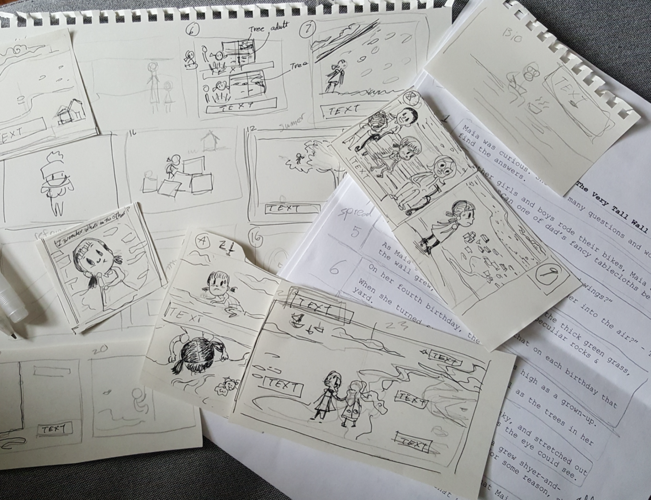 Wray said he strives to create a “comfortable environment” for kids to understand their feelings in his stories and the importance of talking with their parents.

“Storytime can be a great way to start some conversations with kids that might be difficult to have otherwise,” Wray said.

Noticing this connection between storybooks and discussion, Wray said he wanted to foster the relationship between children’s feelings and parental support.

“Becoming a father myself, I discovered very early on that one of the things I was not necessarily equipped to do was how to talk to my kids about emotions and things they were going through,” Wray said. “I thought, well certainly if I’m a parent going through this, maybe there are other parents that might not be comfortable talking about those things.”

Inspired by his experiences growing up and now raising children of his own, Wray has developed a series of storybook characters that “can be a great catalyst for bigger discussions,” he said.

However, Rose has many “big-worry thoughts that prevent her from actually enjoying the things she used to enjoy doing,” Wray said.

Through Rose, Wray addresses obsessive-compulsive disorder, the struggles that come along with it and how to overcome them.

“I was a lot like Rose when I was a kid. I had a lot of worry thoughts, and I wasn't always sure what to do with those,” Wray said. “Certainly these characters are born out of my experience as a kid.”

Looking back on his childhood and comparing it to his own children’s experiences, Wray said he noticed the absence of addressing mental health in children’s stories.

“There are definitely more writers that are approaching the subjects now, which is wonderful because there are so many negative side effects to holding in feelings,” Wray said.

Another one of Wray’s stories, “Max’s Box,” displays the consequences of when feelings are bottled up.

The main character, Max, is gifted a magic box that will grow to hold anything he puts inside, including his baseball bat and stuffed dog, but he discovers that it will also hold his feelings.

“If [Max] has a feeling and is not sure what to do with it, he puts it in the box, and the box gets bigger and bigger and bigger until it sort of prevents him from doing all the things that he used to be able to do,” Wray said. “He has to figure out a way to let that giant box of feelings go.”

Simplifying large emotions, illustrator Shiloh Penfield works alongside Wray to capture these subjects into creative imagery that is easy for children to digest.

“I think it's such a collaborative process to work with the writer,” Penfield said. “Sometimes I'll just do like the first thing that comes to my mind, but then I'll send it to Brian, and he'll be like, ‘Oh, well, I like that, and I like that on that character.’ You start to combine ideas, and it really energizes you to work with a writer because it's such an immediate feedback sometimes.”

Working alongside Wray to communicate these daunting topics to children, Penfield has picked up on her own interpretations of what images and characters the kids respond to and connect to the best.

Penfield said she has specifically noticed a trend with kids responding to animals. Whether it be a bunny or puppy, small nods to animals can be found in several of Wray’s books.

“An animal can be almost anybody, so it doesn't necessarily have to look like you,” Penfield said. “It's almost like [children] can put aside that and just feel what the character is feeling.”

Schiffer Kids Imprint Lead at Schiffer Publishing Ltd. Tracee Groff, works on Wray’s books. She also said she accounts for all of the details and precision that go into telling a story to not only children but their parents.

“When you only have 32 pages and 500 words, the words really matter. Each word that you use has impact,” Groff said. “You have to make the story interesting for not only the child, who's either just independently starting to read on their own or being read to during a storytime, but then you also have to kind of make it fun for the parents too.”

With all of these moving parts, Wray, Penfield and Groff work alongside each other to check all of the boxes on children’s social and emotional learning stories.

“It's amazing to me how poignant kids’ books can be,” Groff said. “So even if you're an adult suffering from mental health [issues], picking up a 32-page book can change the way you think about things.”

With recently publishing “Fen’s Drop of Gray” and “Traveling Rose,” which is a sequel to “Unraveling Rose,” Wray said he’s hopeful in his goals to destigmatize children’s mental health.

Wray said he has great ambitions to expand his characters’ universe and continue to appeal to parents and children alike.

In fact, Wray said he hopes to apply his love for screenwriting and his Penn State degree in film to pursue “an animated series for Rose.”

“I think it would be great if some children’s programming also addressed these subjects in a more direct way,” Wray said, “and I think Rose would be a great character to do that.”

For years, Wray has slowly built up his collection of stories and said he only hopes to continue creating a safe space for children and their parents.

“If we can foster that ability to be able to talk about feelings and emotions in a healthy, comfortable way that kids don't have to feel like it's a stigmatism, I think that's key,” Groff said. “It's our job to shape the kids coming up.”

Wray’s stories have received notable awards, including for “Unraveling Rose,” which received an award from the Foreword INDIES Book of the Year Awards, in the “Picture Books, Early Reader” category.

“I hope the books give parents and children a way to talk about things that might otherwise be uncomfortable to discuss,” Wray said. “Those conversations may not only ease the stress of the current situation but provide children with tools they can use for a lifetime.”

State College borough announced the upcoming 60-day closure of East Fairmount Park for construction and alterations on Thursday in a recent release.

The 2022 Central Pennsylvania Festival of the Arts wrapped up on Sunday — for the first time since 2019.

Olivia Woodring is a news reporter for The Daily Collegian. She is a sophomore majoring in public relations with a minor in Spanish.