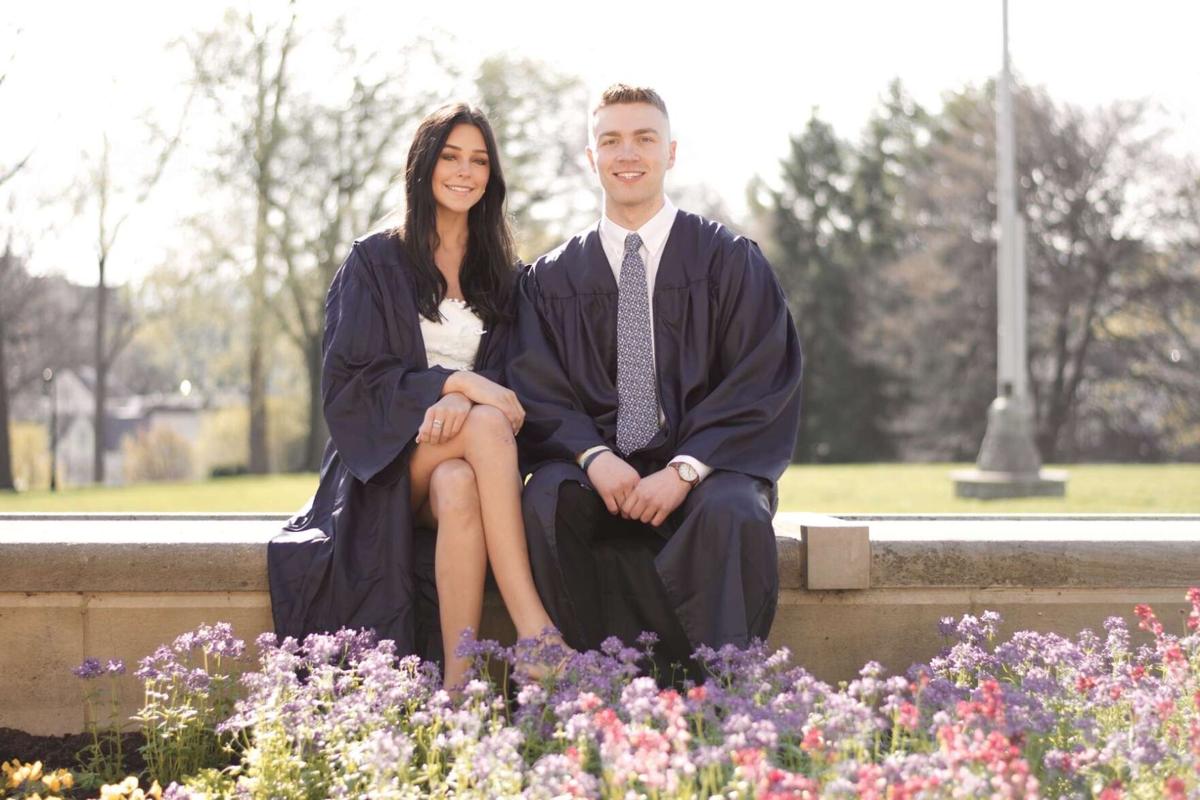 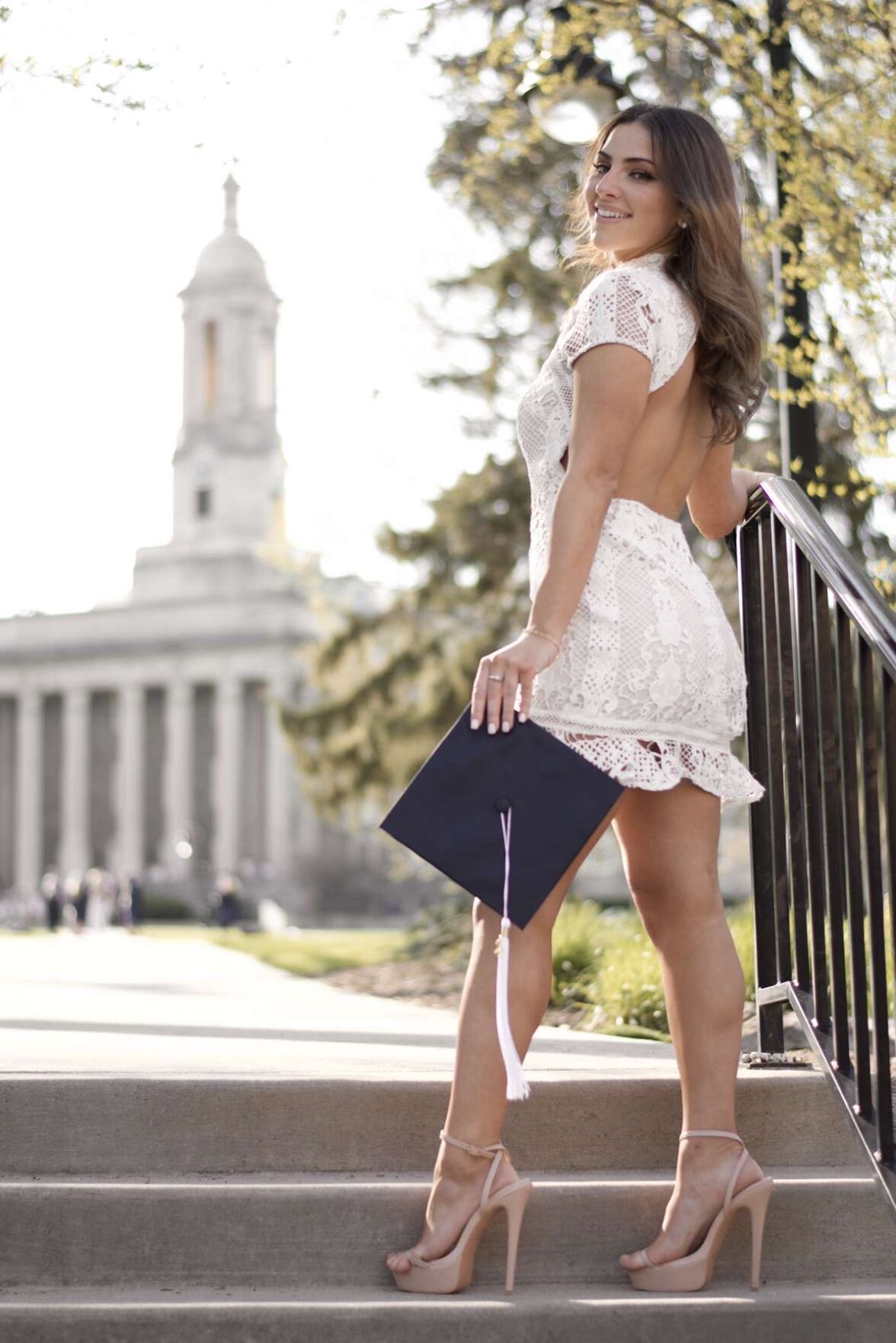 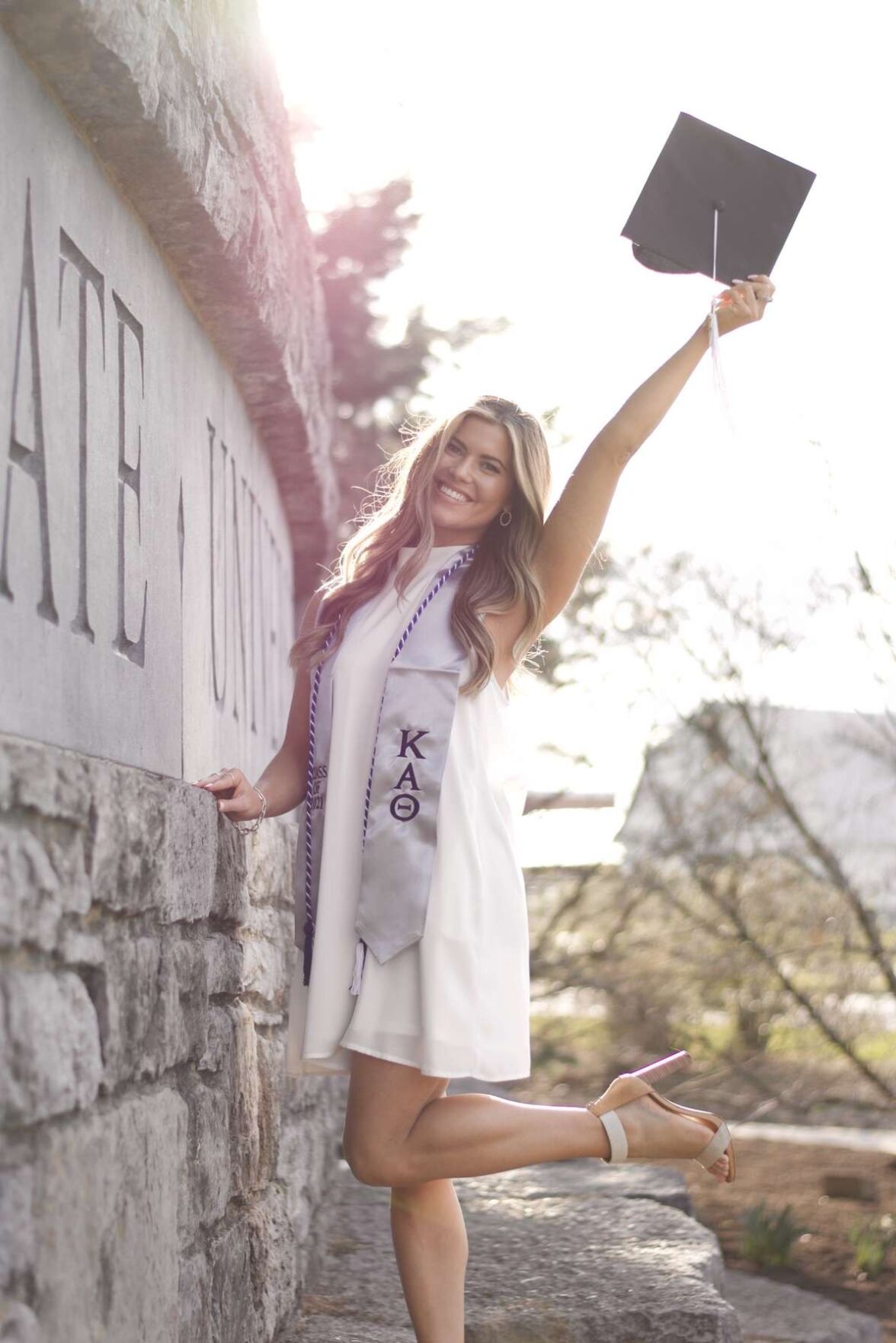 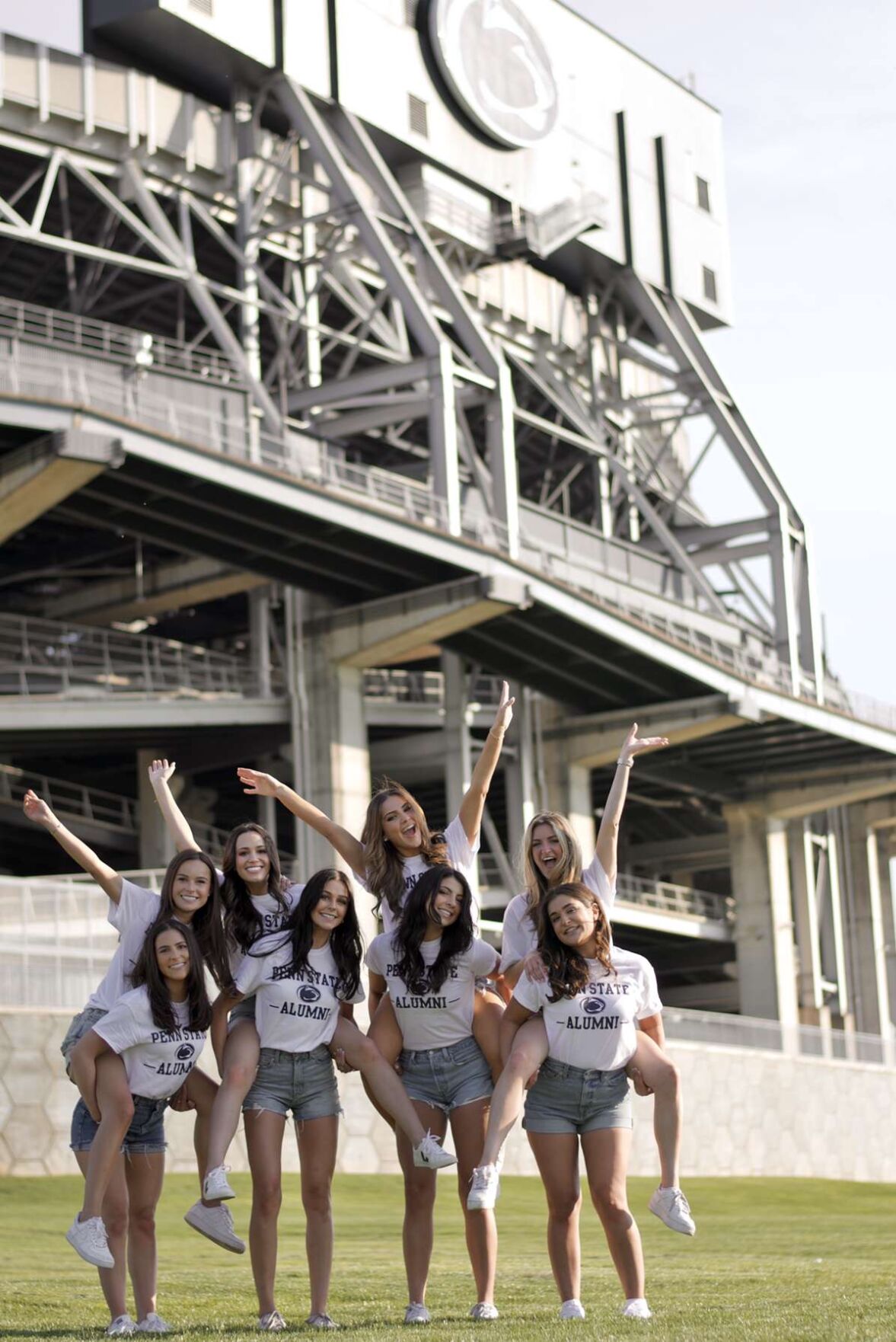 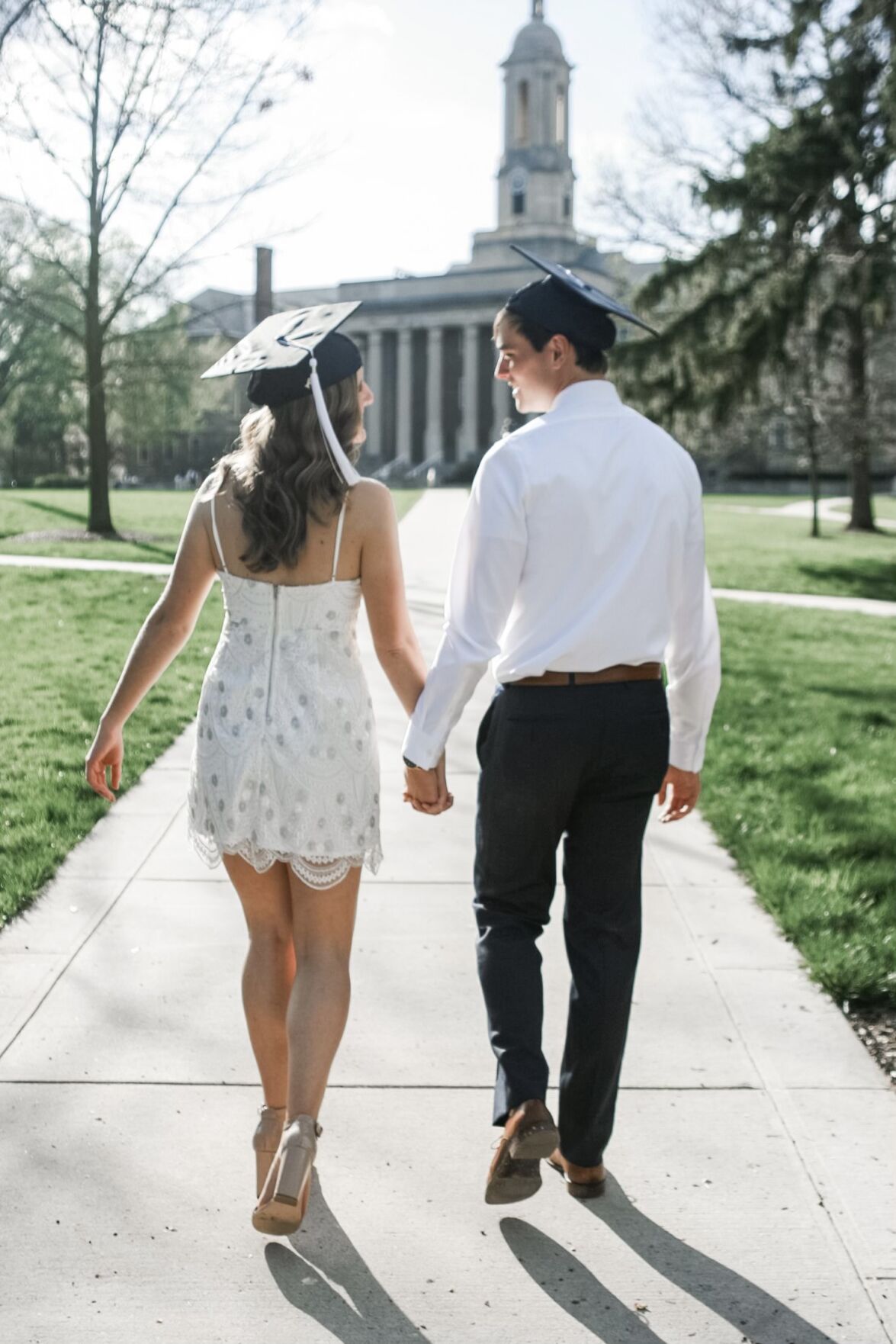 Crowds of navy blue graduation caps and gowns are lining up in front of all the Penn State landmarks — graduation is right around the corner.

Most seniors are looking for the perfect picture location to commemorate their time at Penn State.

Mike Ferrone, who has been taking graduation pictures for seniors since his sophomore year, listed some of the most popular spots.

“I have been taking them at Old Main, the Lion Shrine, The Pennsylvania State University sign and in front of Beaver Stadium,” Ferrone (senior-supply chain management) said. “In the past, I have done some outside of Champs or inside of Pickle’s.”

“There are so many different spots to take pictures [at Old Main],” Nees (senior-biobehavioral health) said. “You can do on the steps or pretend you're walking toward Old Main — looking back or even by the pillars.”

For Nees, the blooming trees around Old Main make great scenery for pictures.

“If it is crowded, it is not the best, but there are multiple different places that make good photos,” Kubis (senior-Spanish and recreation, park and tourism management) said. “That kinda makes it different than Beaver Stadium where you kinda just take that one shot.”

Ferrone said his favorite spots are outside of Beaver Stadium and The Pennsylvania State University sign.

“The people having their photos taken might do a champagne popping, or they might switch outfits into jeans and a T-shirt — they just kinda have more fun with those,” Ferrone said. “Those are more the pictures that are for [the senior and] not so much mom and dad.”

Alainia Ly said she was also looking forward to taking her pictures at Beaver Stadium.

“I feel like a lot of good memories were made there,” Ly (senior-nursing) said.

Although the main locations are popular and make for great photos, some of the most memorable spots go back to the start of the seniors’ Penn State journeys.

“A couple times, [seniors] went into their freshmen year building, and they took a picture by their door,” Ferrone said. “I think that's a fun thing.”

Going back to East Halls brought back the most memories for Nees.

“My boyfriend Brandon and I went to Tener Hall, where we both were freshmen year, and it's where we met,” Nees said. “[Tener] looks a lot different now, but definitely being back in East brought back a lot of memories. It was bittersweet.”

Taking photos brought deep emotions for some seniors, but for Kubis, the locations do not hold the memories.

“College is more about the people than the place, if I’m being totally honest,” Kubis said.

Reflecting on their four years, Nees said they are becoming more reminiscent as graduation approaches.

“It’s exciting that we’ve gotten to this point,” Nees said. “It's such a big accomplishment, but it's a little sad seeing all these opportunities come to a close.

“You’ll always have those friendships, but nothing is better than being able to walk down the street and be with your closest friends.”

Lily Mastrobattista is a fashion and beauty reporter for The Daily Collegian. She is a freshman studying digital and print journalism.