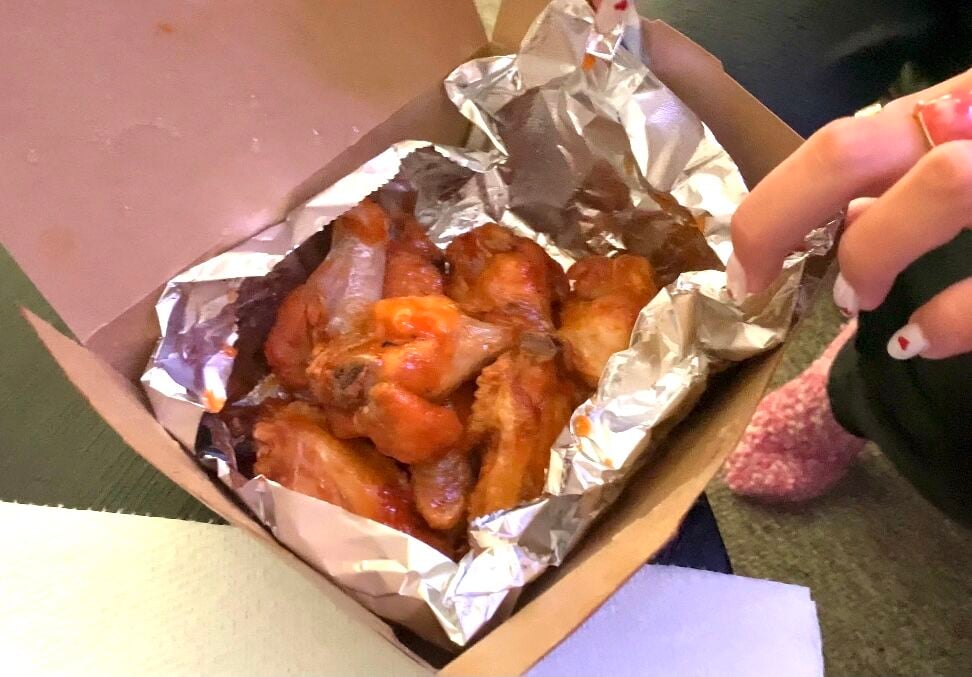 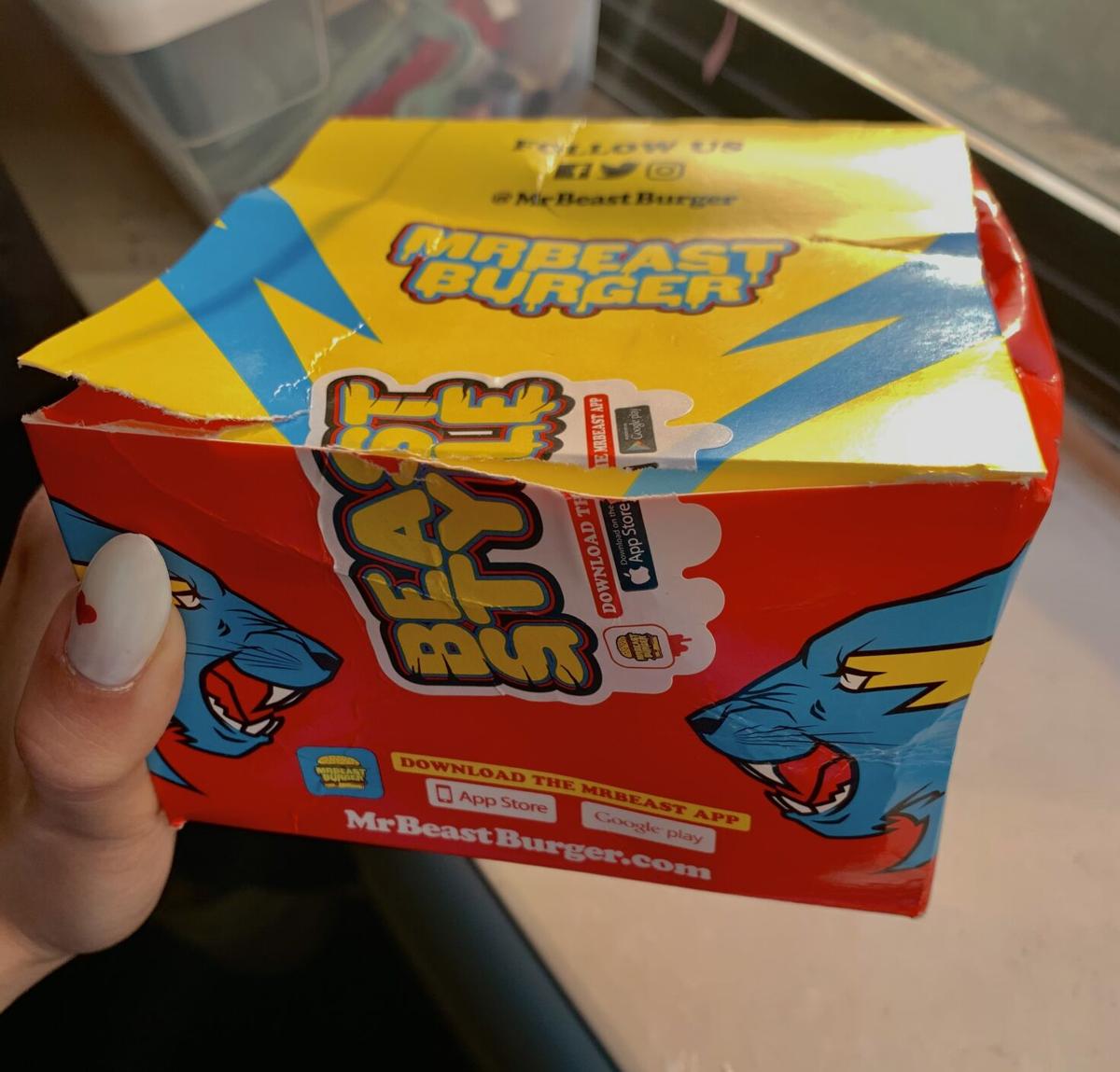 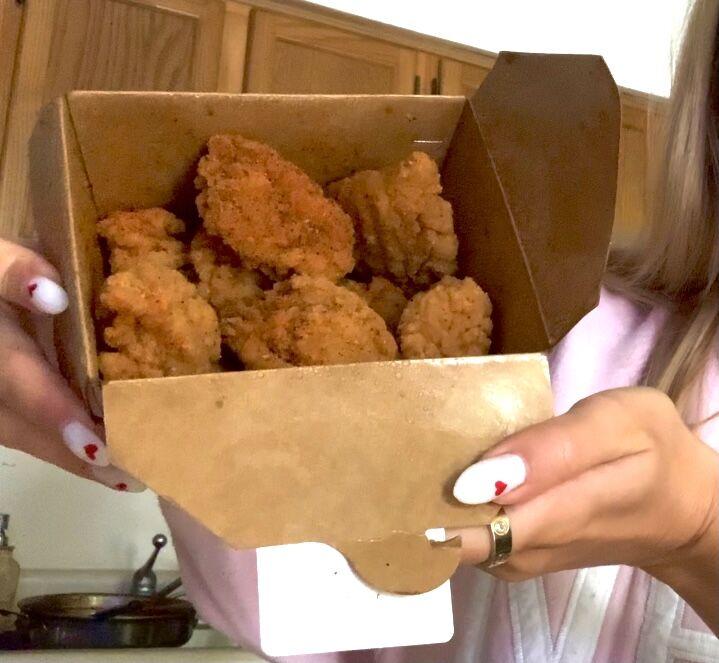 Celebrity restaurants have been popping up everywhere, especially here in State College — but are they worth your money?

I ordered three different meals from three different celebrity-run online restaurants and rated them from 1-10. Ratings were based on a variety of factors, including the overall taste, quality, display and amount of seasoning.

Since each restaurant is online only, I used the app DoorDash to have each meal delivered to me.

Here were my results.

HotBox by Wiz is an online restaurant run by rapper Wiz Khalifa.

It recently made its way to State College with a menu including wings tossed in an assortment of sauces, mac and cheese, fried chicken sandwiches and tater tots coated in Hot Cheetos dust.

When looking through the food options on Doordash, I had high expectations because of how high quality the food was presented on the online platform.

I decided to order 10 wings coated in classic buffalo sauce.

After confirming my selection, I noticed something a bit strange about where my dasher was to pick up my food: The address of HotBox by Wiz had the same address as the locally run restaurant Underground Burger.

Yet, I still held my expectations for the online restaurant and anticipated that the food would match the quality advertised on DoorDash.

About 35 minutes later, my chicken wings arrived. When the driver brought them to me, he confirmed that he picked up my order from 218 Calder Drive — the address of Underground Burger.

The wings looked quite dry when opening up the packaging, and they were also quite cold to the touch — which happens to be a common trend and downside to getting wings delivered.

The sauce was too sweet to be considered a buffalo sauce and lacked flavor, which ultimately dropped its ranking to a five or below.

Upon a second bite, the wings tasted almost soggy and were hard to finish. Your ideal wing should have a balance of crunchiness on the outside and juiciness on the inside.

Overall, I would give HotBox by Wiz a 4/10 after ordering its buffalo wings.

After eating HotBox by Wiz, my expectations for the other two restaurants were now extremely low. However, I realized I may have just started with the wrong restaurant, so some hope was still there.

Next, I reviewed Tyga Bites, a company created by the rapper Tyga. He first launched the restaurant in July 2020 in major cities, including New York, Los Angeles and San Francisco.

Since July, the restaurant has expanded across the U.S. and has opened more than 350 restaurants, including one here in State College.

I ordered the chicken nuggets coated in lemon pepper with a side of bleu cheese and ranch.

The same situation that occurred with HotBox by Wiz happened again when I ordered through DoorDash: Both orders came from the address of Underground Burger.

The nuggets came in a nicely packaged box and didn’t take more than 20 minutes to arrive, which I appreciated because they were still hot.

Upon the first bite, I knew I had won the jackpot with this order. The nuggets were crispy, perfectly seasoned and, best of all, juicy on the inside.

It can be quite difficult to find a chicken nugget that encompasses a crunchy factor without being too dry.

Before eating Tyga Bites, I really thought Chick-fil-A had the best chicken nuggets in State College — but the mega chain has some competition now.

I give it a solid 8/10. I thoroughly enjoyed eating at this restaurant and will be ordering its chicken nuggets again in the future.

Finally, I ordered from MrBeast Burger, an online restaurant run by YouTuber Mr. Beast — who has accumulated more than 59.6 million subscribers on the app.

Yet again, I was faced with another order coming from the address of 218 Calder Dr.

When the beast-style burger I chose arrived, I really enjoyed its packaging and it’s red, yellow and blue color scheme.

The burger was definitely messy: Upon grabbing it, I had already gotten sauce on my hand. Aside from that, it was quite soggy to the touch and was practically covered in grease.

And, to my surprise, it tasted exactly like Underground Burger!

I was definitely underwhelmed because I thought this burger was going to have potential, especially after seeing its pictures on DoorDash.

However, I learned a valuable lesson through this food review process: Never trust the pictures you see on food delivery apps.

Celebrity restaurants are most likely serving food you are already aware of — just overpriced and wrapped in nice packaging.

If you’ve ever decided to pick up a copy of The Daily Collegian, you’ll likely throw it away…

Movies and festivals | What’s happening in State College this weekend?

As the semester approaches to the finish line and spring heats up, Penn State is offering a multitude of activities for the weekend. Whether y…