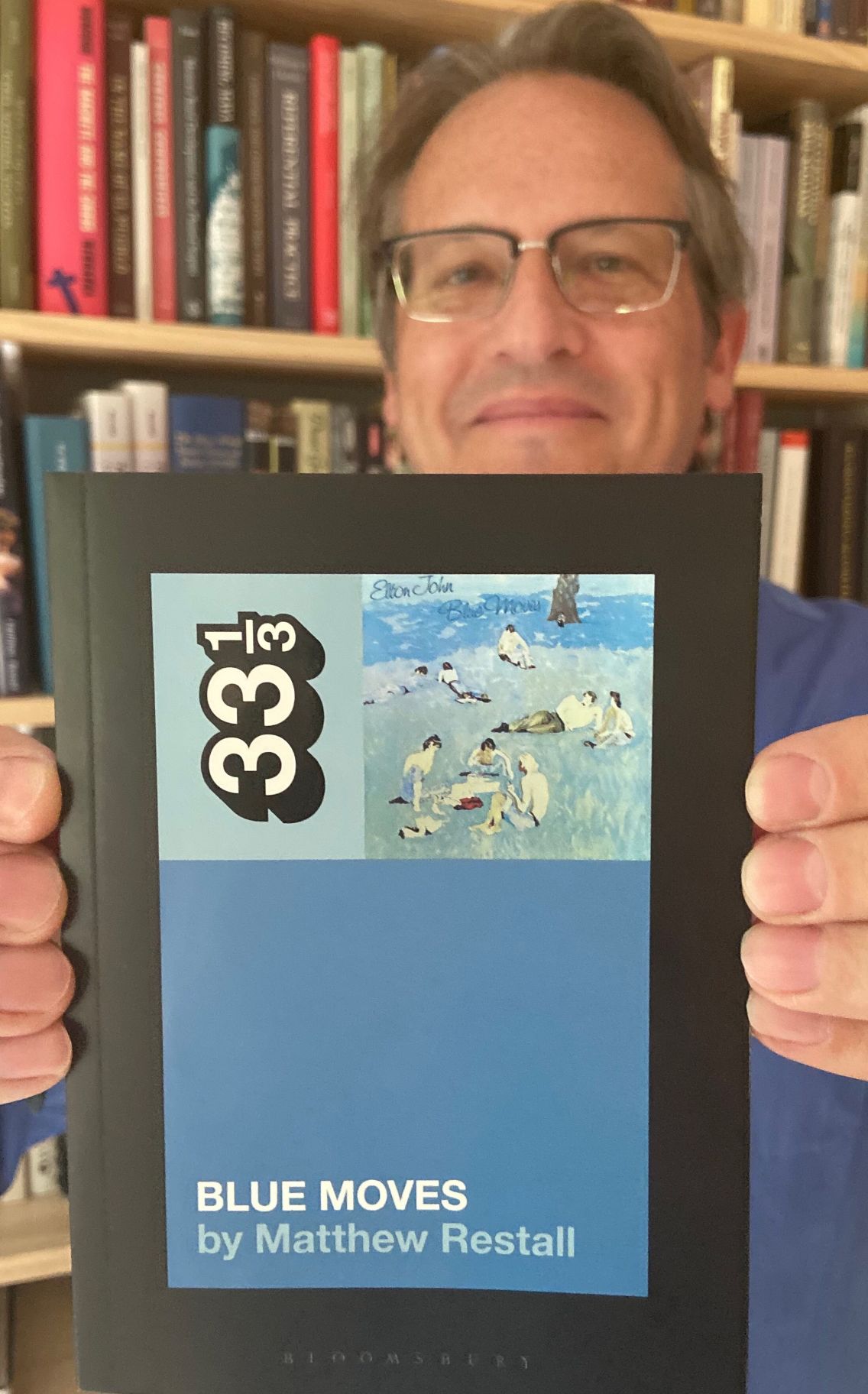 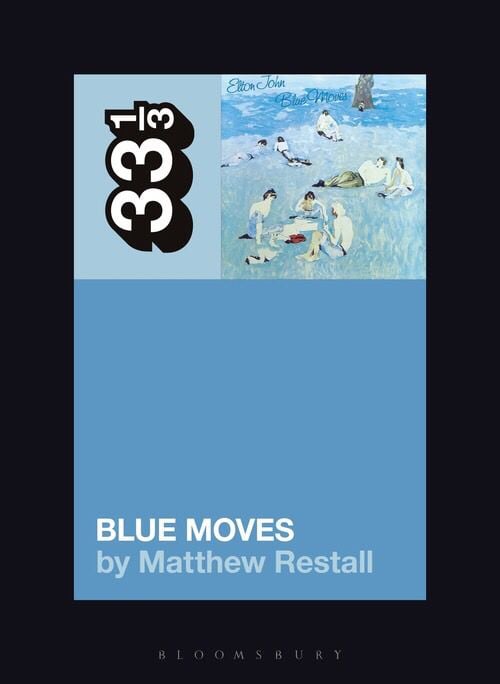 Penn State professor Matthew Restall has spent most of his career teaching, researching and writing about Latin American history, but his latest book takes a historical look at another interest of his: music.

Restall — the director of Latin American history at Penn State — said his most recent work primarily discusses Elton John’s 1976 album “Blue Moves,” but also touches upon other aspects of popular music from the time period.

Published on May 14, the book is also part of the series 33 ⅓ — a compilation of books, each of which focuses on a different album. As of May, there are a total of 146 books in the series, which discusses a variety of music including albums by The Beatles, Bruce Springsteen, David Bowie, Black Sabbath, Aretha Franklin, Michael Jackson and Kanye West.

Restall said the series gets a lot of requests from people asking that their work be added, so he did not expect his pitch to be accepted — especially since he had not written about music prior to that point.

A little over a year and a half later, however, Restall received the greenlight from the series producers and continued with his idea in January 2019.

“I was fascinated by the concept of not just picking up an album and playing it, but by reading a book about the album,” Restall said.

The idea to delve into Elton John’s “Blue Moves” came to Restall in 2018 after rediscovering a copy of the album he had listened to many times in the past. Although Restall said he is not an Elton John fanatic as some may think, he has enjoyed some of his music, including “Blue Moves.”

Despite his appreciation for the album, Restall said it was seen as a failure at the time of its release, and many people felt it would be the end of his popularity.

The artist, however, has since bounced back from this point — enough so that he launched an over three-year-long “Farewell Yellow Brick Road Tour” in 2018 and was the subject of the 2019 biopic “Rocketman.”

Because of this, Restall said he began to wonder why “Blue Moves” was not well-received in 1976 and how Elton John recovered from this hit to his career. Having been inspired by the 33 ⅓ series, Restall set out to research these questions and write a similarly-styled book of his findings.

Restall added that he drew from his background in writing about Latin American history when starting his latest book. He said most of his previous works had approached a historical topic by examining misconceptions surrounding it, so he began his piece on “Blue Moves” the same way.

“The book seems to be completely different [from my usual work] because it’s not Latin American history,” Restall said, “but it’s still a history book.”

When beginning the research process, Restall said he initially wanted to reach out to people who were involved with the album in one way or another. Restall said this had not been a possibility with his previous works, since he typically researches subjects from much more distant time periods.

Although he had been intrigued by this new method of research, Restall said he soon realized it would not be successful for this particular piece. He knew he would not be able to speak with Elton John himself, and many of the other individuals he wanted to interview died in recent years.

Though this setback initially left him unsure of how to proceed, Restall said he soon discovered he could find an answer to his questions via archival research — the same method he employed for his other books.

Restall said although it took some digging, he was eventually able to find a multitude of sources — including various articles and interviews with Elton John. He believes this method gave him more information than in-person interviews would have provided, especially considering the wide range of reporting that has been done on the musician throughout time.

Through his research, Restall discovered “Blue Moves” might have failed in 1976 because of the rising popularity of punk music at the time, as well as the release of a Rolling Stone interview in which Elton John hinted at his sexuality.

Bored and looking for something creative to do? Interested in art, but not a great artist? F…

Restall said the book explains the full extent of his findings, including information connecting Elton John to fellow artists like John Lennon and George Michael.

Restall said that although some may assume the purpose of his book on “Blue Moves” is to bring more fans to the album or Elton John in general, he instead wanted to remind people of what went into the music that can be streamed so quickly today.

“I hope people think more deeply about the music they love,” Restall said. “We are a little bit disconnected from the historical moments into which these albums were released.”

So far, Restall said he has received positive responses from readers on his latest publication.

He said he usually gets emails from readers upon releasing a new book, but reactions to this one have felt much more individualized since they show people’s “personal relationships with music and Elton John.” Restall said receiving these responses makes him want to write more about popular music history in the future.

Penn State assistant professor of history Christopher Heaney said he knew of Restall’s work even before they met and became colleagues in the Latin American history department, so he was surprised when Restall told him about his idea to write a book on “Blue Moves” in the summer of 2019.

Heaney said he was confident the book would be well-written but did not expect Restall to write about a topic this far outside of his typical field of study.

“I was surprised in that we as academics only have one persona,” Heaney said. “I think there should be more books like this… that extend beyond the scholarship in which we are trained.”

Knowing the impact the coronavirus has left and will continue to leave on the world, a group…

Upon reading both an early version of the book as well as the final product, Heaney said it was “the perfect book to write.”

“He brought a historian’s eye for detail,” Heaney said. “There’s a lot of himself in it and his love for music, especially this album.”

Penn State professor of plant molecular biology Mark Guiltinan — who is in a band called “Norm and the Mystakahs” with Restall and a few other professors at the university — said he was also surprised to see his friend take on a book of this subject matter.

Although he did not know where Restall would take the idea to write about “Blue Moves,” Guiltinan said he was excited for him to be exploring another interest, especially given his love and knowledge of music.

While Guiltinan appreciated the information on Elton John, he said his favorite part of the book was that it allowed him to learn more about Restall’s relationship with music along the way.

“It’s a nice book and tells us the history… but the thing I found most interesting was learning more about Matthew,” Guiltinan said. “I found myself thinking a lot of parallels to the experiences he described.”

Although nothing is official yet, Restall said writing a piece on “Blue Moves” has sparked several potential ideas for future books about popular music and has even inspired him to look into teaching a popular music history course.

Regardless of where his future research, writing and teaching takes him, Restall said he hopes his book broadens readers’ perspectives on music and literature.

“We tend to think of reading and listening as two very different things,” Restall said. “I would like to think that people will read this and find the two are more connected than they realize.”

Who lives, who dies, who tells your story | Is Hamilton historically accurate?

Since Hamilton debuted on Broadway in 2015, the musical has grown an almost cult-like following, with hundreds of thousands of fans across the…