You are the owner of this article.
Edit Article Add New Article
You have permission to edit this article.
Edit
Home
Latest
News
Sports
Football
Opinion
Lifestyle
Multimedia
Join
Subscribe
Share This
Arts • Click for more stories •
1 of 2 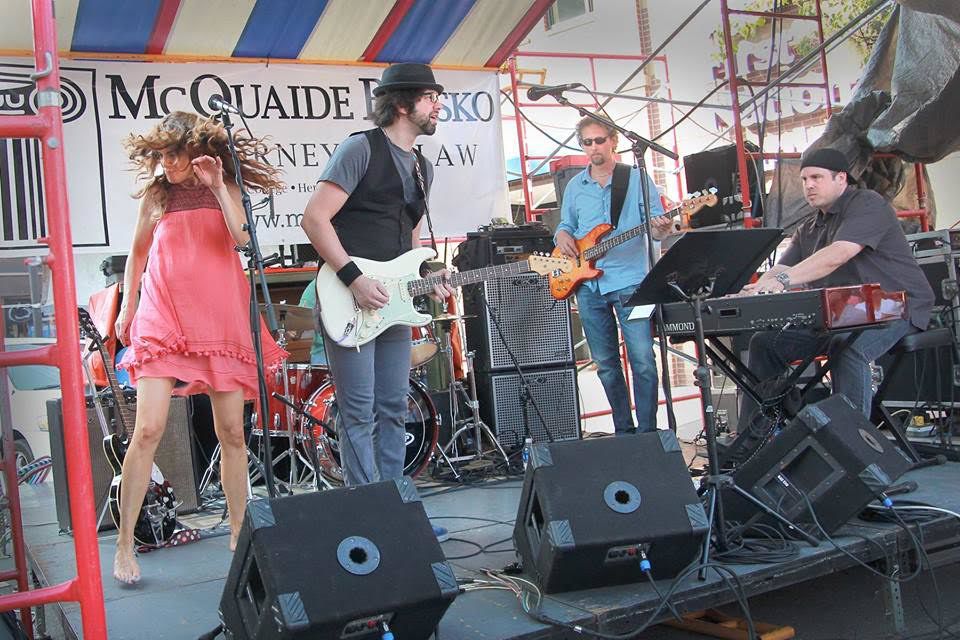 Molly Countermine performing with The Hi-Fi's. 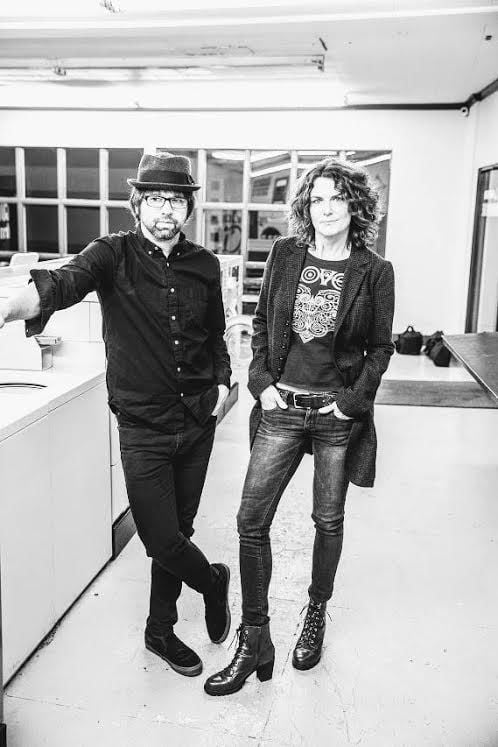 Molly Countermine and  Ted McCloskey, who perform together in The Hi-Fi's and as a duo.

At the heart of the State College music scene is Penn State’s very own Molly Countermine.

By day, she’s a human development professor. By night, she’s a singer who performs in the band The Hi-Fi’s and with local singer and songwriter Ted McCloskey as a duo.

For nearly 20 years, Countermine has performed in various bands downtown, bringing her talents to the State College music scene.

The Hi-Fi’s perform every Friday at the Phyrst, McCloskey and Countermine perform as a duet together acoustically every Thursday at Local Whiskey and every Sunday at the American Alehouse on Toftrees.

“My favorite part of performing is when you look around the room, bar, restaurant, wherever we are, and everybody is there in the same spot, enjoying the same music,” Countermine said. “You can tell from that vantage point when majority of the people in the room are in it together – bouncing to the beats or singing to the lyrics.

“You all get to a place that we call ‘flow’ in psychology, where you sort of transcend yourself,” she said. “When you experience flow, it feels amazing because you just forget what you’re doing and become one with the experience. But when you’re the person to create flow for people, that’s the thing I like the most.”

When Countermine moved to State College in 1997, she immediately got involved in the music scene, a community in which her mother was also active in.

She got a bartending job at The Phyrst, and was invited to play with the Phyrst Family, a sing-along band that her father founded in the 1960s that continued to perform after her parents’ divorce and father’s move away from the area. The band performed every Saturday night at the Phyrst.

One particularly memorable day for Countermine was the Tuesday evening that a group of guys from a band called Sideshow Bob performed at The Phyrst.

As a musician, Countermine found herself thoroughly enjoying their performance. Afterward, the band members sat down at the bar — and the rest became history.

“I said to them, ‘You guys really need a chick in the band,’” Countermine said. “They told me to come over the next night to audition. Little did I know they weren’t taking me seriously at all, they saw just another bartender who claims they can sing. I went over and sang some melodies and they said, ‘Do you want to start tomorrow night?’”

McCloskey has been performing with Countermine since she joined him in Sideshow Bob. When McCloskey left Maxwell Straight to join the Hi-Fi’s, Countermine eventually decided to leave, as well.

“She genuinely brings out the best in other performers,” McCloskey said. “She’s also very open and extremely versatile, which allows us to effortlessly switch genres and play in almost any setting.”

Countermine’s involvement in her music has been extensive in the State College area. In addition to the Hi Fi’s, she was a part of the band Pure Cane Sugar, which required her to perform five to six nights a week in addition to having three children and being a full-time professor.

Now, she usually only performs three times a week, but still finds balancing time between her music, her career and her family to be no easy task.

Growing up, Countermine always had aspirations to become a musician.

When she graduated high school, she planned to pursue her dreams in either Nashville or New York City. Her father, however, halted those plans and encouraged her to first get a college degree to fall back on.

“What you don’t realize is that once you get a degree and you get into this world, it’s hard to go back,” Countermine said. “I would’ve told my 16-year-old self to go for it because it’s one of the only times in your life that you really aren’t tied to anyone else, because now I have kids, a husband, a career and band mates.”

Although being a professor and a musician may not seem like the most compatible careers, Countermine described them as being interconnected in her day-to-day life. As a songwriter, her career allows her to constantly be inspired.

As the redrawing of the Pennsylvania’s district lines approaches, Penn State professor Lee A…

“My inspiration for songwriting is life — my own, other people’s,” Countermine said. “I teach human development, so I’m constantly paying attention to what’s happening in the world, what’s happening to the people that I love, how people are reacting, and why people react so differently to the same things — some people get angry, some let it bounce off of them, some let it destroy them.”

In addition to being inspired by her field of study, her career and her music both require a sense of comfort with being in front of a crowd, as Countermine’s HDFS 129 class is a 600-person lecture that she described as being quite similar to a large performance.

Seirra Sipe, an undergraduate teaching assistant for Introduction to Human Development and Family Studies, said she spends a lot of time working with Countermine, watching her teach and witnessing firsthand the impact she has on her students.

In addition to this, Sipe (senior-communication sciences and arts) has seen Countermine perform at various block parties in State College.

“She’s such an incredible professor and person, and she shows her personality in class — but when I saw her perform, I got see her personality even more,” Sipe said. “In class, she pushes students to see that they are capable of changing the world.”

Countermine holds cynical views of fame and the impact it has on people, which is a big reason she hasn’t tried expanding to a larger platform.

Still, she said she’s constantly being encouraged by friends and audiences to take her talents to a bigger stage, such as NBC’s “The Voice.” Although this would be a life altering endeavor for the full-time professor and mother of three, Countermine didn’t deny its possibility.

But one thing is clear — if she does take her talents away from State College, she’ll have trouble leaving her students behind.

“I look forward every day to going in to my classrooms and talking deeply to my students about what all these issues around human development that are so prevalent mean,” Countermine said. “We need to talk about those issues and there’s something about who I am that lets them hear that message better.”