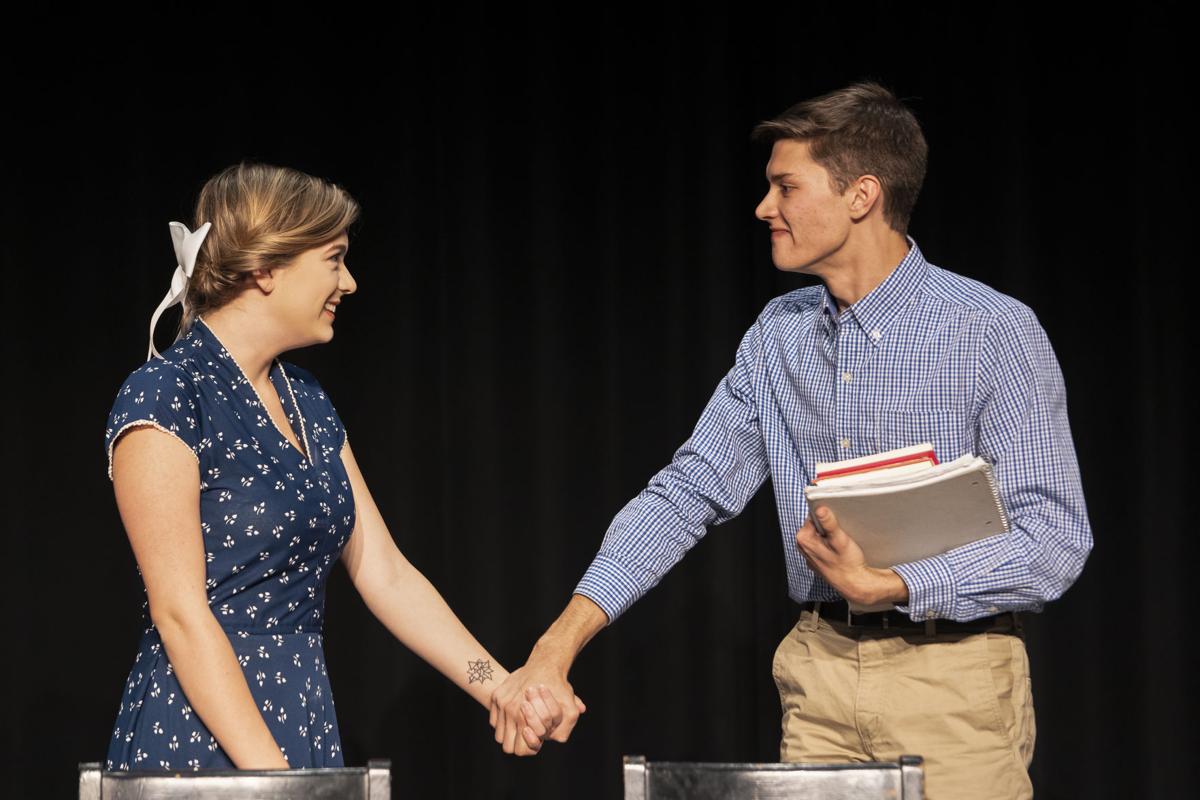 George Gibbs (left, played by Connor Dibella),  and Emily Webb (right, played by Maggie Davis) in a scene from Act 2 of No Refund Theatre's production of Our Town Wednesday, Nov. 6, 2019 at the Flex Theatre of the HUB-Robeson Center. 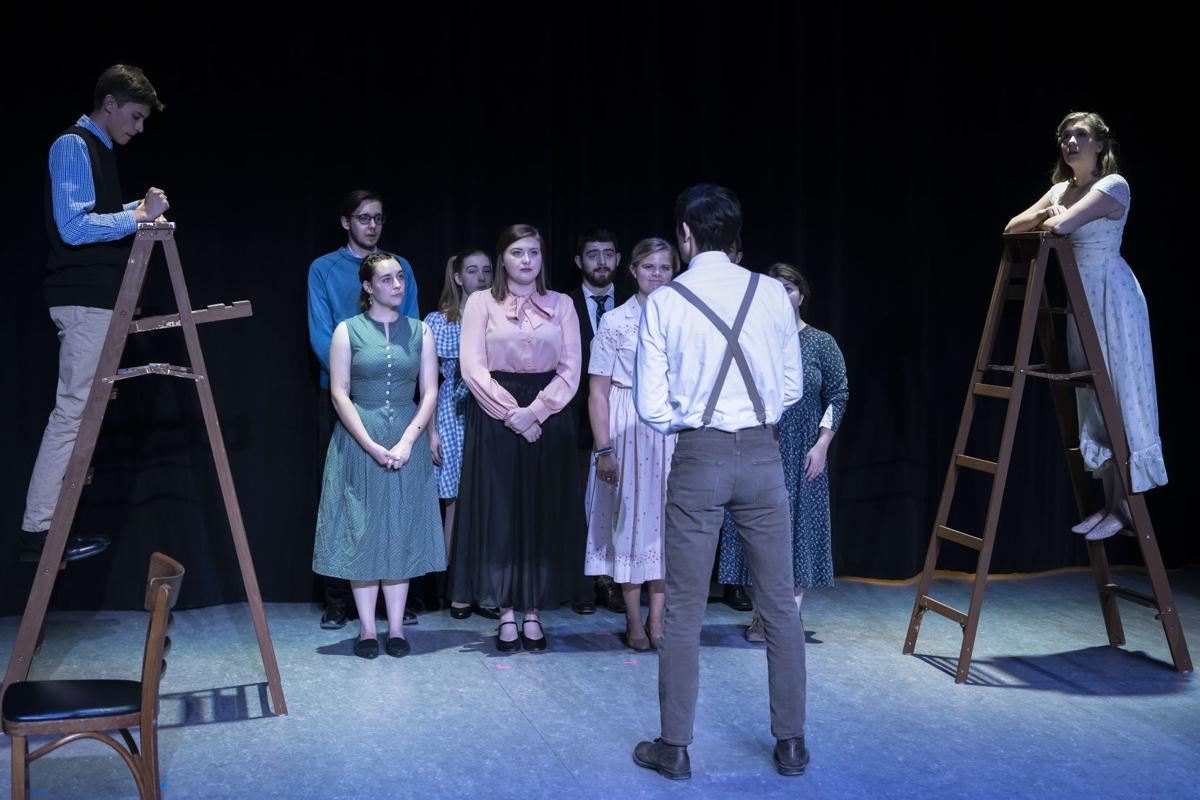 A large portion of the cast is visible in this scene of a choir practice in Act 1 of No Refund Theatre's production of Our Town Wednesday, Nov. 6, 2019 at the Flex Theatre of the HUB-Robeson Center.

Penn State’s No Refund Theatre will tell a story of love in a small town in their production of "Our Town" this weekend.

NRT will perform the three-act play written by Thorton Wilder at 9 p.m. on Nov. 7- 9 in the Hub Flex Theatre. The show will be free and is open to all.

The show is the directorial debut of Brian Krall for the “No Refund Theatre”. Krall (biology-sophomore) proposed the play in March 2018, and the cast auditioned and was selected in Sept. The “No Refund Theatre” group had about two months to prepare for this performance.

“Our Town”, written by Wilder in 1938, takes place in the fictional town of Grover’s Corners, New Hampshire. The Pulitzer Prize winning play, takes the audience on an emotional rollercoaster,as the characters experience all of the ups and downs of life.

The cast will perform on a minimal set, mainly using tables and chairs. Other props such as food and dishware were mimed by the cast.

“I thought this was a great play to bring to this club because the show depends on the talent of the actors,” Krall said.

The cast as a whole gives the audience vibrant and compelling performances, even during some of the plays darkest scenes. In the first two acts, the talented cast maintain an overall upbeat and happy tone and manage to switch over to a more grim and darker tone for the final act.

With bright lighting, the show conveys a sense of liveliness to accompany the cast's exciting performances.

The show also features various sound effects used to explain the weather and times of day, with the sound effects always being on cue.

“This is my first show in NRT so it’s been really fun getting to know the cast, the directors and getting to know NRT’s process of putting on a show,” Calus (sophomore- environmental resource management) said.

This production doesn’t only have acting performances, but the show also feature choral performances throughout the show from the multi-talented cast.

In the original play, the role of stage manager is meant for one actor/actress however, due to the amount of lines that come with the role, Krall decided to split the part amongst Scipione and Davey.

“In the play, because myself and Lizzie are playing the same person, we were trying to do a lot of things in tandem to convey to the audience that were telling the same cohesive story,” Davey said. “Moving in tandem to could be difficult at times, but working with Lizze and the rest of the cast was great.”

The cast of “Our Town” make the audience feel at ease throughout the intense ups and downs that the play gives and will not disappoint.

For more information about the show and futures shows, visit norefundtheatre.com or their social media accounts.