You are the owner of this article.
Edit Article Add New Article
You have permission to edit this article.
Edit
Home
Latest
News
Sports
Football
Opinion
Lifestyle
Multimedia
Join
Subscribe
Share This
Arts • Click for more stories •
1 of 3 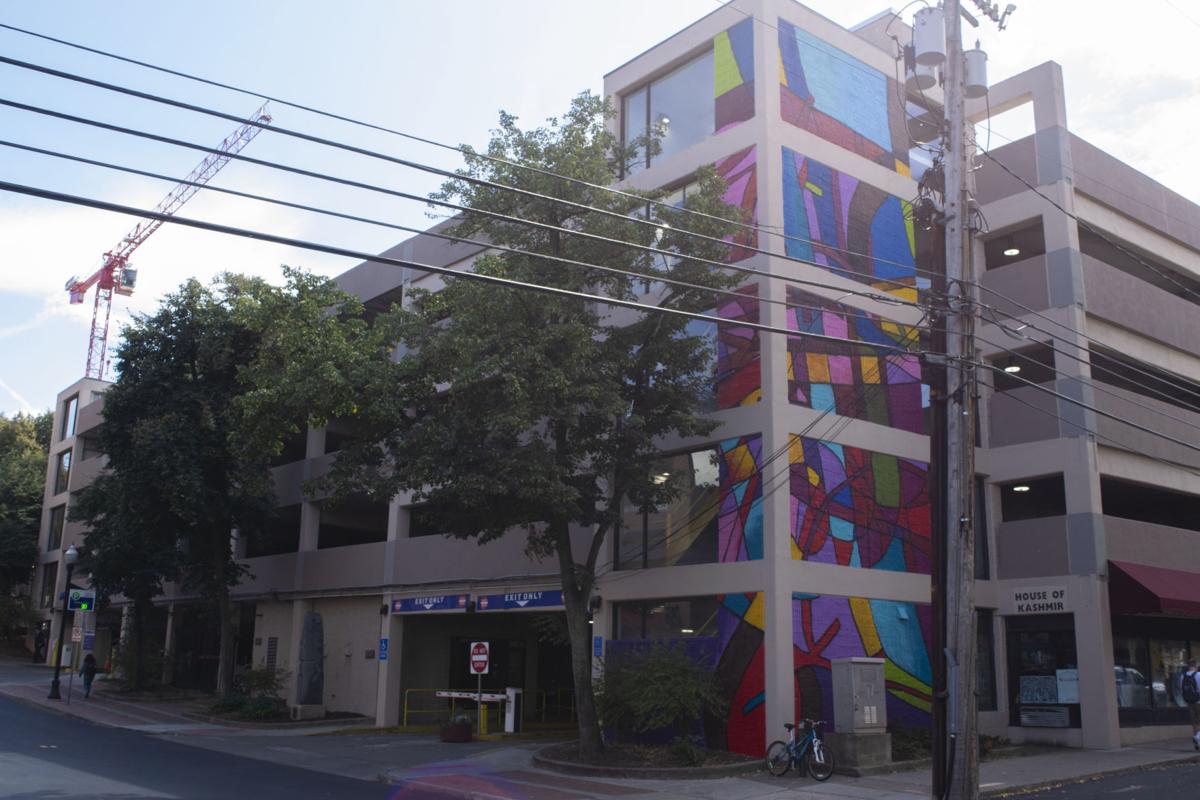 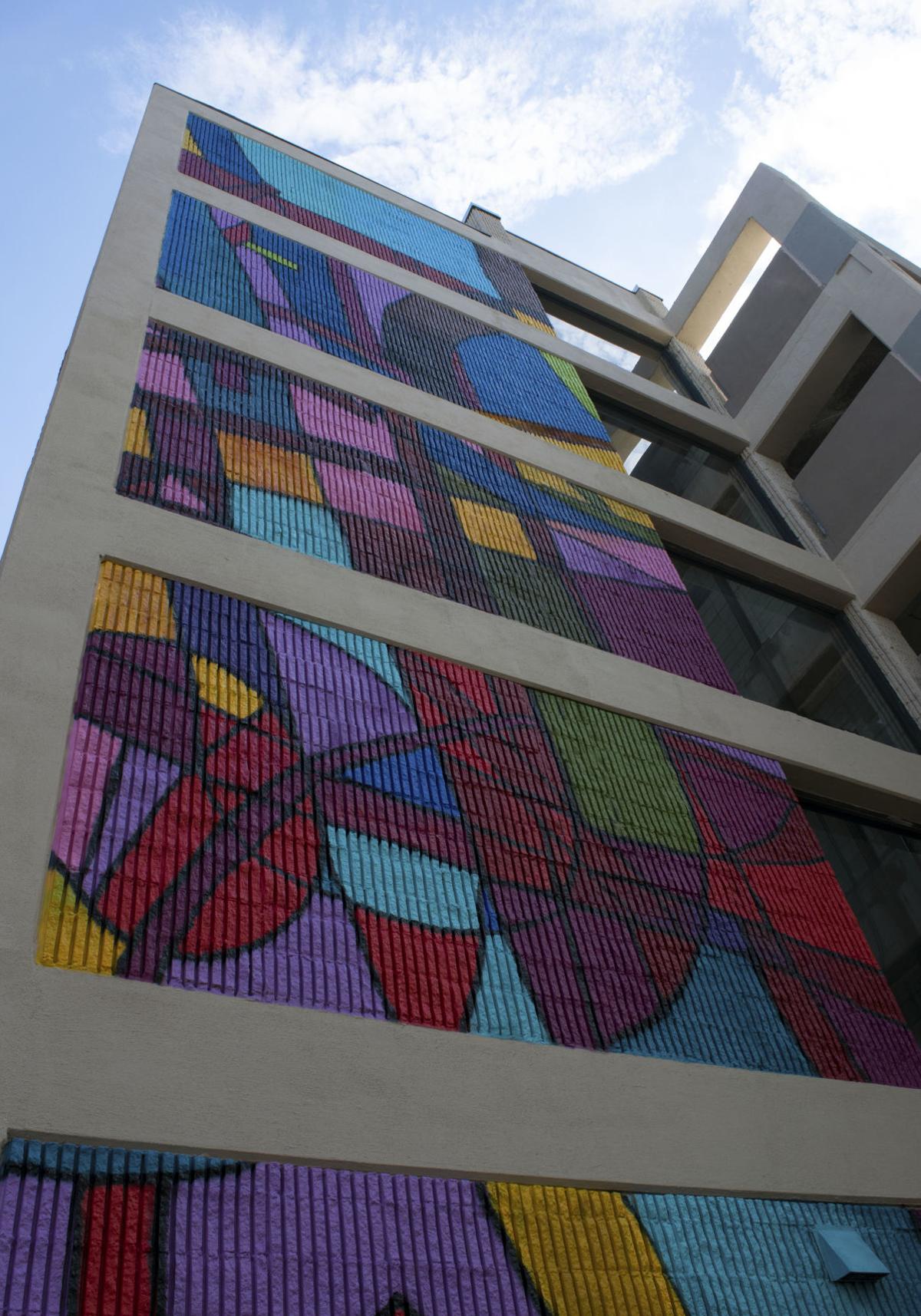 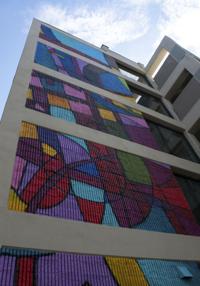 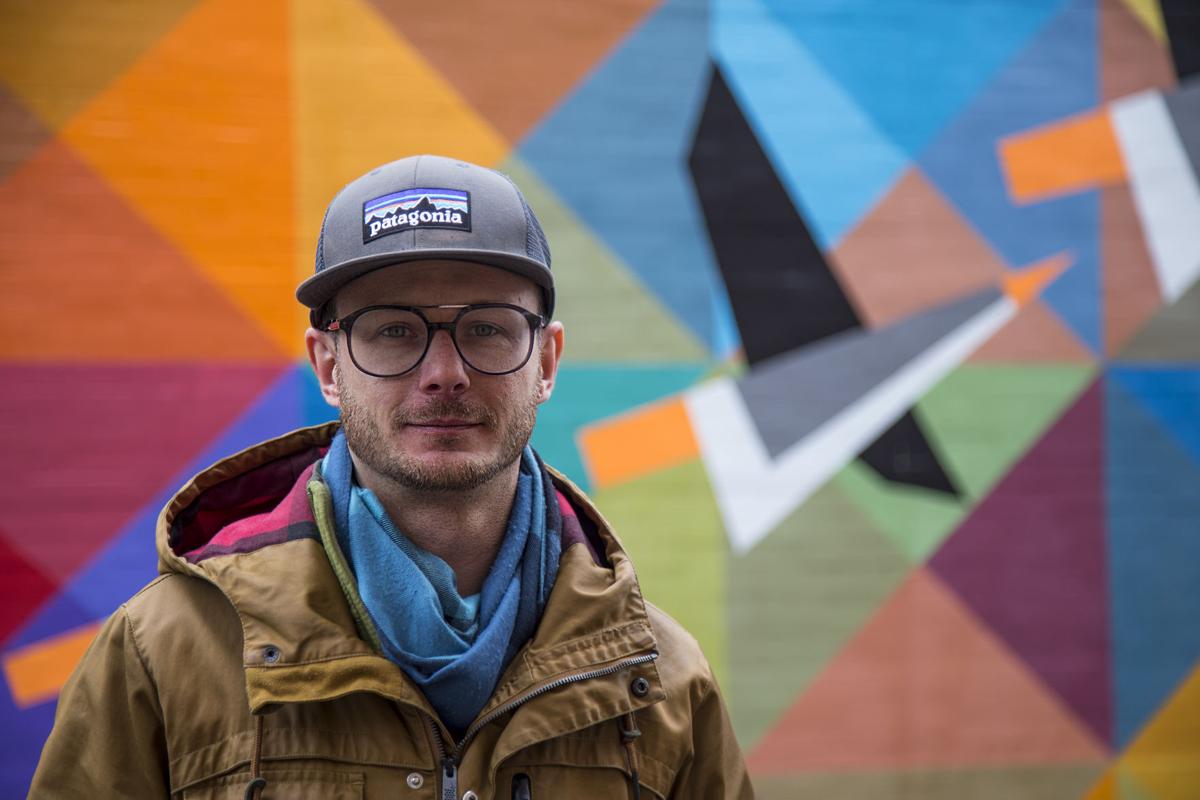 The top of the Montana paint spray can pops off and waves of color splash onto the building as William Snyder III breaks the blank purity of the walls.

Downtown State College is once again spruced up with a new mural – this time spanning 50 feet, with colors that wrap around the corner of the Pugh Street parking garage. It is the latest piece of work by Snyder, a local artist, Penn State alumnus and assistant teaching professor.

The State College Borough came to Snyder in search for mural ideas and provided him with commission. The new mural required eight days to complete and was finished in August.

The work of art remains unnamed by Snyder, for now.

While the design for his previous mural “Wild Geese” was an original concept, Snyder drew inspiration from local design jeweler Wes Glebe for this piece.

“[Glebe] had a hundred of these little chipboard pencil drawings, really fun designs laid out on these tables and I was like, ‘Man, these are amazing,’” Snyder said. “I would love to make one of them big one of these days.”

Snyder bought the abstract color study design from Glebe, who Snyder has known for about 10 years. Soon, what began as pencil drawings would become a massive mural painted in hues of lime green, magenta, deep blue and violet.

“I think Will has been a really amazing asset to this community. He’s done any number of murals and he’s inspired to do it — and thankfully, the borough is willing,” Glebe said. “It’s a great combination. I’m glad they’re picking local artists to represent.”

Considering the height of the garage and electrical wires of power lines, Snyder paid people to help him paint the mural.

For “Wild Geese,” Snyder allowed community members to help him paint his masterpiece, and said he wishes the community could’ve helped with his Pugh Street mural, as well.

Rebecca Haddaway (graduate-English and visual studies) noticed the mural and said it “brings more of a sense of home” to State College.

State College has been a long time home for Snyder, who has left his artistic mark on the community. The man behind the mural moved to the borough in 2001, when he transferred to Penn State from Carnegie Mellon to pursue printmaking.

With a father who devoted time to theater and self-taught art during his recovery from alcoholism , Snyder was always encouraged to pursue the arts. Both he and his father were fascinated by hometown artists who specialized in realism.

“Arts [have] always been a part of my life,” Snyder said.

He received his bachelor’s degree in Integrative Arts and master’s degree in Fine of Arts at Penn State. Snyder said his vision for art truly magnified and molded in graduate school.

Since he graduated, Snyder’s artwork has been displayed throughout the community, and he is currently an assistant teaching professor in the School of Visual Arts. His work has also been exhibited at the United Nations headquarters in New York City.

The local artist works to keep the importance of art alive by producing public art — upscaling works of art and plastering them around different towns.

Besides the various pieces of work he has taken on, he said that above all, he is a proud father of four kids. Living in State College for many years, Snyder said wherever life takes him, he’s “always looking around to spruce up town.”

“I’d love for us to have a vibrant art scene,” Snyder said. “I’m not going to go somewhere and not do art. I aspire to continue to elevate the arts as a valuable aspect in the region.”

This semester marks Snyder’s last semester teaching at Penn State. He said he is excited begin working at the State College-based studio 3D Sculpture Worx, where he will get the opportunity to build the company and airbrush public art.

Currently, Snyder’s most recent piece on Pugh Street stands to brighten up the downtown living space. But Snyder is not finished.

He has his eyes set on a few more projects in downtown State College, and has his mind on a few other towns to splash color upon. Bellefonte might be next.

“Be the change you want to see,” Snyder said.