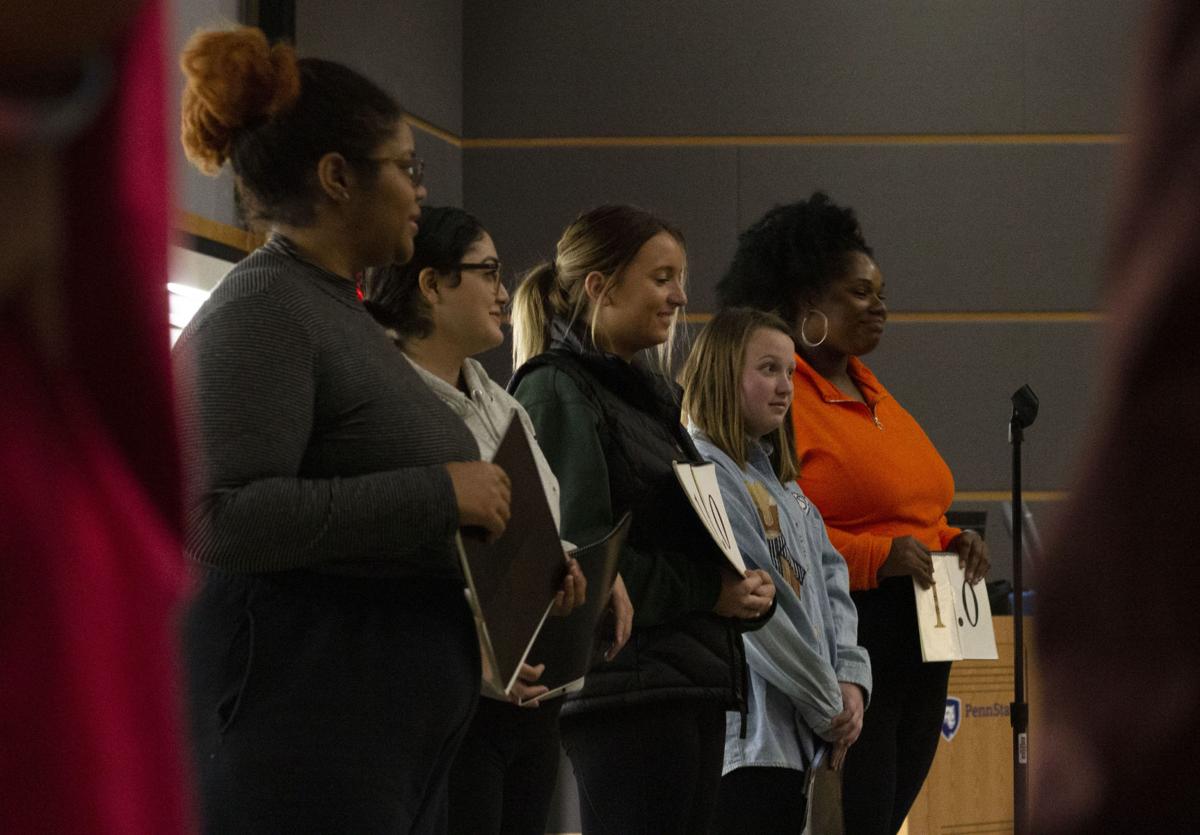 The judges for the poetry Grand Slam by Penn State WORDS are introduced in the Westgate Cybertorium on Friday, Nov. 15, 2019. Nine poets perfromed for a chance to compete on Penn State’s team for the College Unions Poetry Slam Invitational. 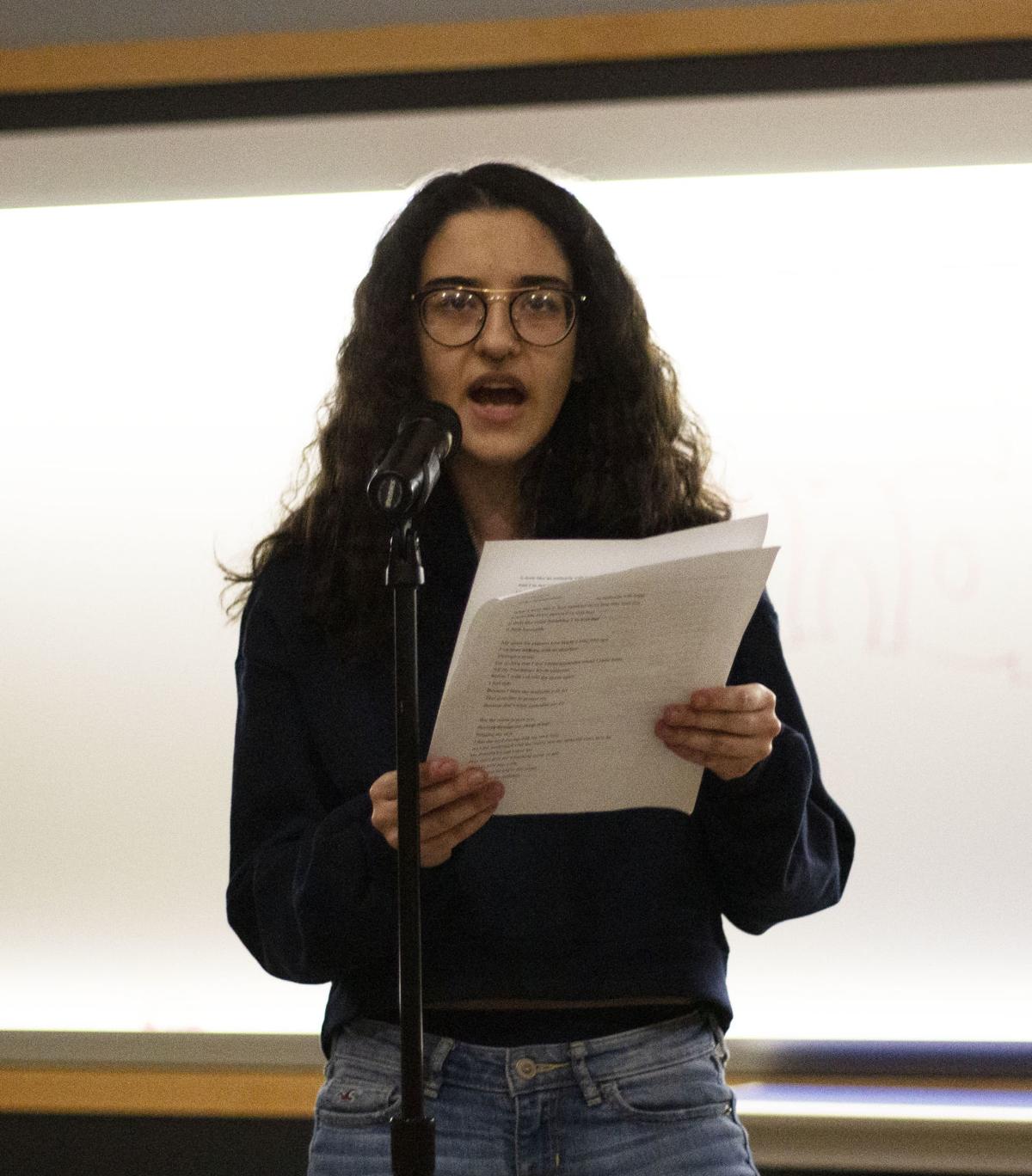 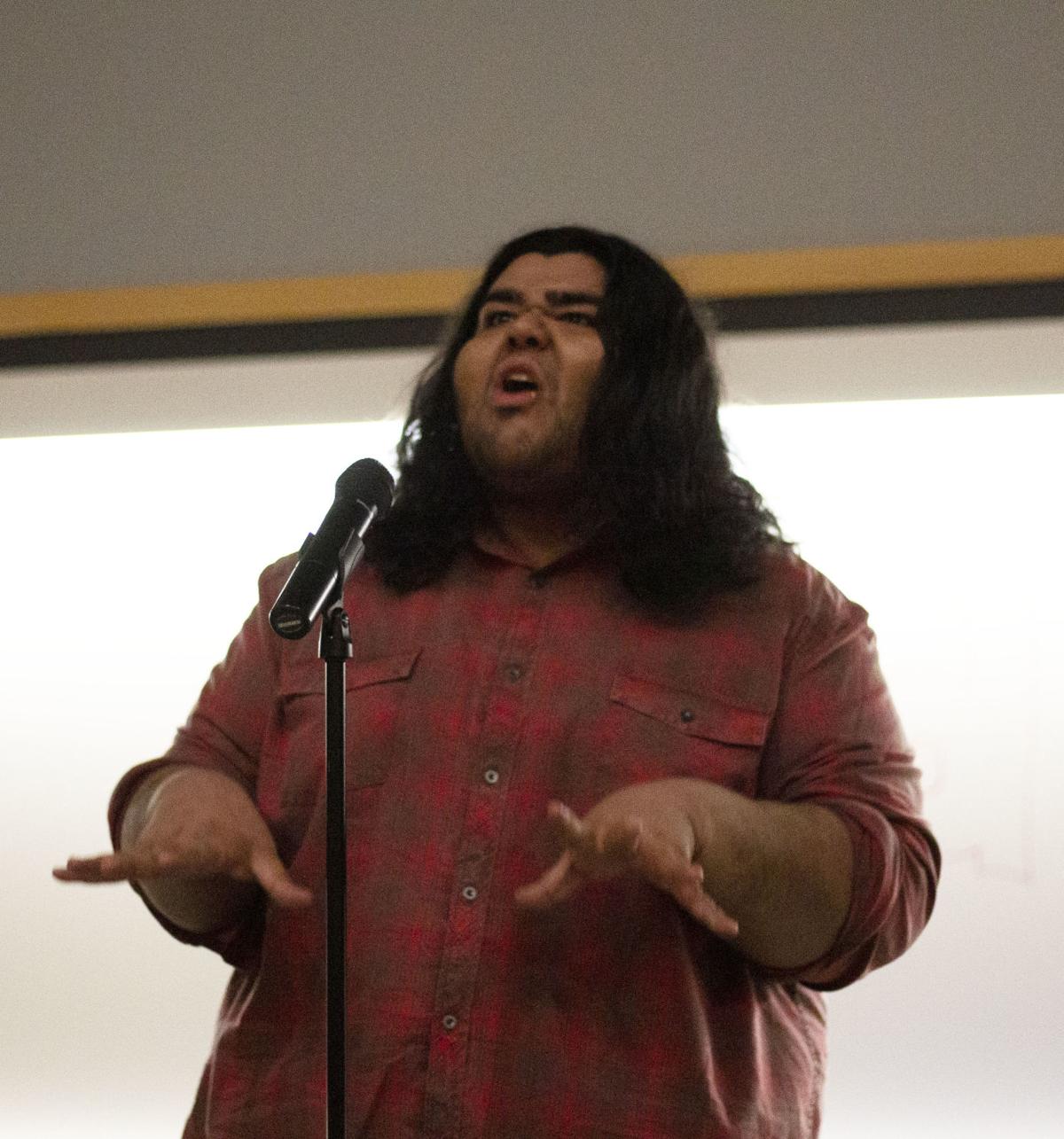 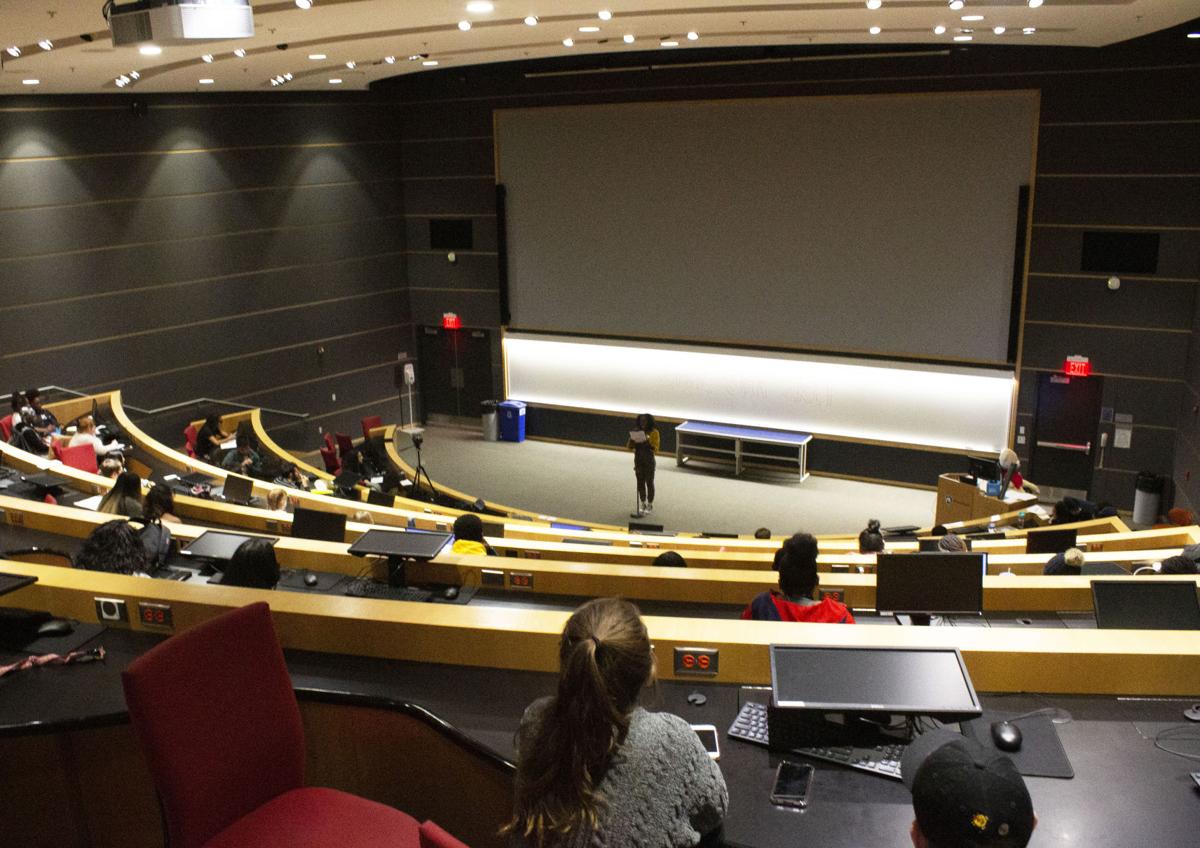 Writers Organized to Represent Diverse Stories (WORDS) strives to promote the creative works of its members, with the goal of uplifting the stories of underrepresented individuals in the State College community.

WORDS has been active on campus for roughly a decade, and has steadily grown in both scope and membership ever since its conception.

Originally created with a focus on poetry, the club holds regular activities consisting of inter-member poetry slams, sharing and critique. WORDS has now expanded into other avenues of creative expression such as music incorporation.

As the number of club members increased, a larger focus on more collaborative projects has emerged, making WORDS more of an art collective than a strictly prose organization. There are unofficial plans in 2020 for a WORDS EP album, created by the clubs musically inclined members.

Fatimah Ally, the current president of WORDS, said she is proud of the growth and new creative direction that has taken place during her tenure.

For Ally (junior – geography), fostering the inclusive, supportive environment that WORDS was founded on is equally important as any creative component.

“One of the big things [in WORDS] is respect” Ally said. “Because members often share pieces that represent their struggles with challenges such as mental health issues, interpersonal conflict and personal trauma, WORDS poetry slam events can be very intense for their participants, even to those who are not reading.”

Ally opens each WORDS meeting with the gentle but powerful reminder that “this is a safe space, a brave space and a grace space.” She aims to prepare the group for what could potentially be a heavy experience.

“Because slam can be devastating, we want folks to know that their work is safe and won’t leave the room,” she said.

While this level of intense emotional engagement may deter some, WORDS has proven to be an incredibly beneficial environment for its poets.

This provides an environment like group therapy for many club members, which can be beneficial in overcoming the alienating experience of traumatic events.

The club’s common thread of communal sharing, support and friendship has been a longtime tenant of the club, and has attracted fresh faces since WORDS inception.

Penn State freshman Nevin Kara joined the club because she felt that she would be accepted there.

Kara (freshmen - actuarial science) is glad that she connected with the WORDS community. She said WORDS a safe space for the members because they all have similar struggles they are able relate to.

“I’m an extrovert and I’m really, really bad at understanding my emotions,” Kara said. “So going into public and sharing my thoughts, getting feedback and disagreements is really helpful for me.”

Kara, who is queer, Muslim and of mixed race, uses her writing to explore the intersectional nuances of her varied identities and is able to express the contradiction where those nuances may present.

With the help of the support network she found at WORDS, Kara said she has been able to use her poetry as an outlet.

For Kara, the incorrect assumptions people hold about Muslim women, queer people and other identities can be, at best, personally limiting, and at worst be the basis for systemic oppression and abuse.

“[My] goal is to change how people think about identities…” Kara said. “My poetry is to challenge constraining images of certain identity categories, the other side of it is to question how people connect with each other.”

Social activism has long been a guiding light to the art world, and the members of WORDS are acutely aware of the weight that their poetry can have.

“In history … words have started wars, and today you see words inciting violence against oppressed groups, such as communities of color,” Gabriel Pulido said.

But crucially for Pulido (doctorate - higher education), he said there must be room for healing and growth due to gravity that words hold.

A core component of this healing is the opportunity for self-advocacy that poetry offers. The perpetual exploration of self-advocacy around identity is central to Pulido’s work, especially in his experiences with race and racism, gender and the body.

“These identities are inseparable from me,” Pulido said. “They will always be present in every single one of my poems.”

When speaking on impactful topics, audiences may misconstrue the underlying meaning of Pulido’s work, which can be detrimental to the message that he hopes to convey.

“My poems have a strong bite that if read without context, can easily be described as divisive or aggressive, but those descriptors are not new nor do they begin to explain my work,” Pulido said.

“That coded language” of reducing relevant social commentary to buzzwords such as “divisive or aggressive” is a tool often used by detractors to deflect from the true message of his poetry.

Pulido seeks to address how the intended impact of writers work can often be derailed in poetry due to strong tones and unrestrained phrases.

“Every time I go on stage,” Pulido said. “I recognize that without my words a narrative will be framed, or is being framed [about me] and who better to speak on [my] story than I?”