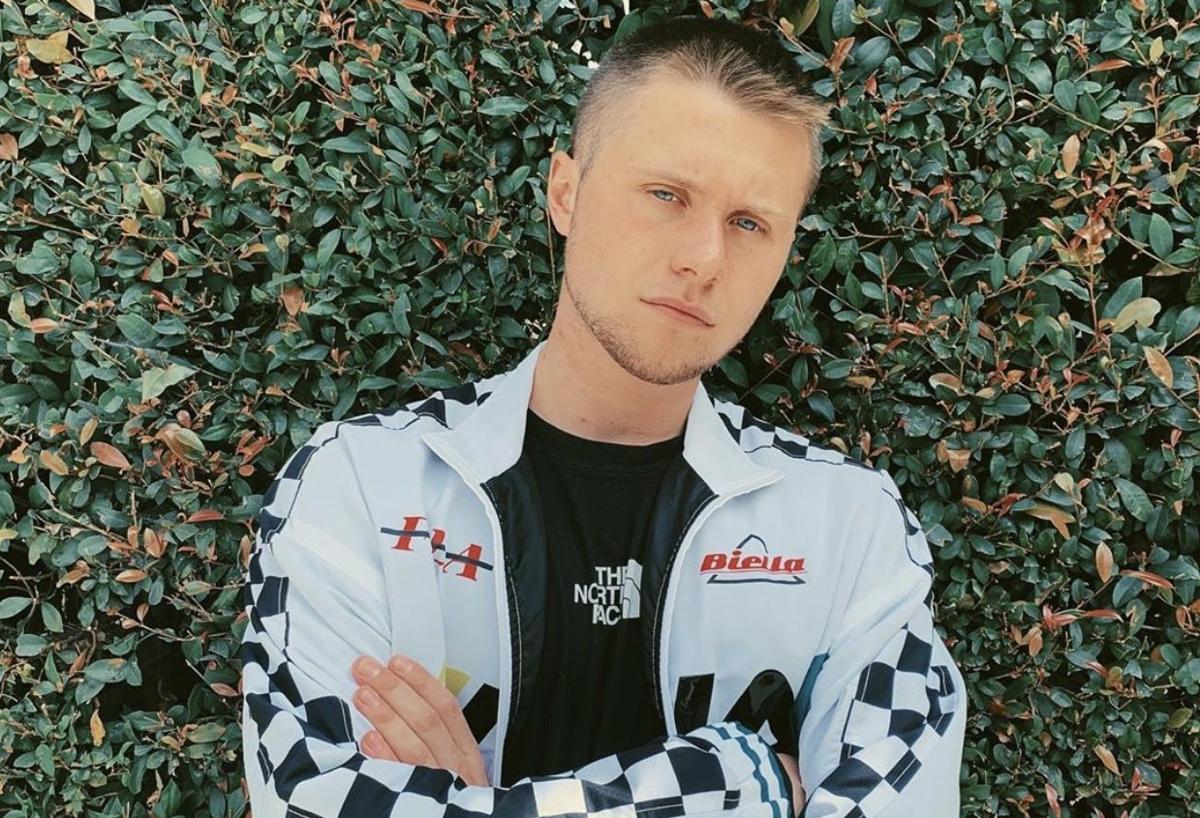 Grant Donghia (junior- film-video) is the creator and director of an hour-long film "The Fallen." 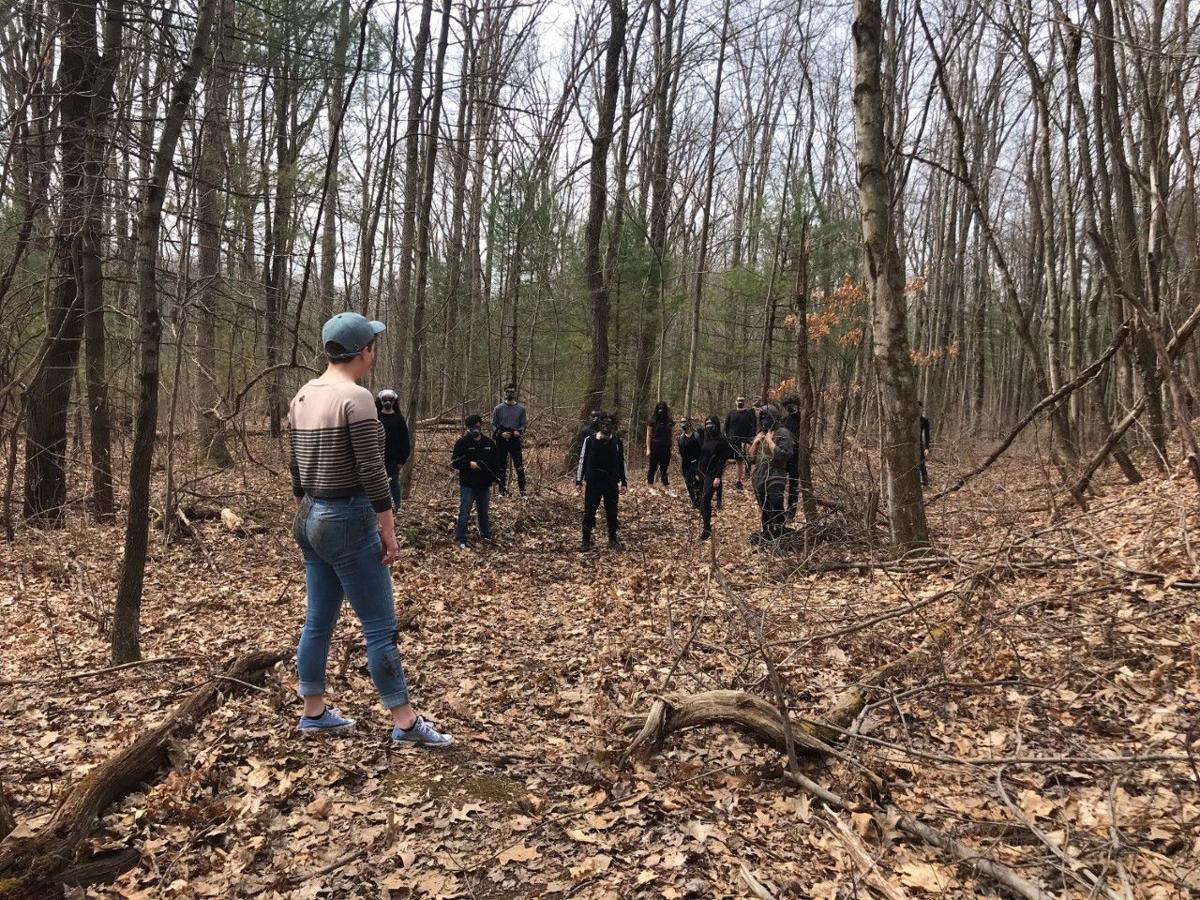 Grant Donghia started his Penn State career as a student with a vision, and was determined to see it come to life. It took him years, but now he will see his dream realized.

Donghia (junior-film video) is the creator, writer and director of a feature film called “The Fallen,” which has taken him since the beginning of his college career. It will premiere at 7 p.m. on Thursday in the State Theatre after a long time of work from him, the cast and the crew.

“It’s something that took so many years to put together and finalize. It’s a huge accomplishment,” he said.

“The Fallen” is an hour-long thriller starring mainly college students, and most of it takes place in the woods.

He said he felt inspired to create the film because he needed to create a work of his own – something beyond the grading system at Penn State. Donghia was always interested in thrillers, which is the genre of “The Fallen.”

“It’s very interesting because the film is half action, thriller, and very intense,” he said. “The other half is very emotional and composed of drama.”

Donghia said he has made short films in the past, and “The Fallen” began as a short film when he was in high school.

When he arrived at Penn State, he wanted to create a feature film – his very first – with that same concept. He spent months writing the script, and for the rest of the year he and other students proofread it. Once he came back to Penn State for his sophomore year, the script was ready, and it was time to establish a cast and crew.

This included his producer Lilly Adams.

“She produced my first college film, and I worked with her in the past so I knew what she could do,” Donghia said. “Once I had her on board, that’s when we started getting the resources we needed, like setting up auditions.”

Adams (junior- film-video) said working with Donghia was easy because of their similar work ethics, so she never felt the work was unbalanced. She said she is “proud and happy for him” for the creation of a project he can call his own.

Part of the audition process was making sure the cast was diverse, according to Donghia. It was important to make sure there was an even mix of people of color and marginalized communities.

He said he was met with an immense amount of talented actors, making the audition process less challenging.

One of those actresses was MaryKatherine Cadden.

Cadden (sophomore- film-video) said she has been acting all her life, but “The Fallen” is very different than anything she has done. This included the genre of the film – which includes fake blood and bruises – and her first experience acting on-camera.

“Just getting the opportunity to be in front of the camera was such a cool experience, especially for this kind of film,” Cadden said. “I enjoyed every second of it.”

Though this was a unique experience for her, Cadden said Donghia and Adams pushed her to believe in herself as an actress. In time, her character became a part of her.

She said she spent many weekends working on the film with the cast and crew. Though it was a major time commitment, it was rewarding for her.

When filming began in September, Adams said one goal was to make the actors comfortable in their roles. She said they tried to keep an energetic and fun atmosphere, while still making sure the work was completed in a professional manner.

While this was successful, there were challenged when filming. Donghia said that working around many schedules was one of the main challenges.

“You’re working with 12 different schedules, as well as our own,” Donghia said.

With that, Adams said it was important to prioritize work and school as filming was occurring. Since the film was an independent project, it was challenging to balance the two. Another challenging aspect of filming was shooting in several locations.

“Physically, it was exhausting at times, but any filming project will be – no matter if you’re in the woods or not,” Adams said.

She said despite the challenges, she is grateful for the cast and crew for overcoming these challenges and for their hard work. She said the film wouldn’t have been done without everyone’s efforts.

When filming was complete in May, it was relieving for all involved. Cadden said she was the last to finish her part in the movie.

“I remember that Monday morning at 6 a.m. when I was finally done – it was a great feeling,” she said. “I knew that all the time and effort put into this film was going to be worth it.”

However, Donghia still had work to do. He and his team spent the next five months editing the film until it was recently completed.

Adams said she feels nothing but relief and pride seeing the finished product.

Now, all that’s left for them to do is watch the finished product, which will happen on the big screen. Leading up to the premiere in the State Theatre, Donghia is feeling nervous, but excited.

Despite his nerves, he expects the audience be surprised and in awe, which excites him.

“It’s my first big showing of one of my works, and there’s pressure on myself of whether or not I pulled it off correctly,” Donghia said. “But, I’m also very confident in everyone’s abilities that worked on the project.”

Cadden said “The Fallen” she is grateful for how close she became with everyone during filming. She still works with members of the cast and crew on separate projects, and overall made friendships that will last a lifetime.

“We didn’t just create a feature-length film – we created a family,” Cadden said.