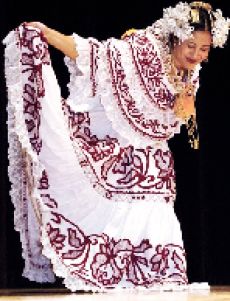 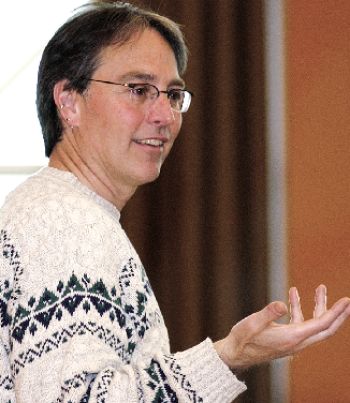 Sam Richards, keynote speaker at Ebony and Ivory, leads a talk about diversity.

Sam Richards, keynote speaker at Ebony and Ivory, leads a talk about diversity.

As part of Ebony and Ivory Week a Cultural Extravaganza took the stage last night featuring a fashion show and speech to open students' eyes to the range of cultures that exists at Penn State.

The extravaganza began with an informal talk by Sam Richards, instructor of sociology, that focused on overcoming judgments made against ethnic groups. The fashion show concluded the event, displaying the clothing of foreign countries, such as China, Vietnam, India, Africa and Latin America.

Ebony and Ivory Week began in 1983 under the direction of Alpha Phi Alpha fraternity and Beta Sigma Beta fraternity, 255 E. Fairmount Ave., in an effort to address the issue of racism between blacks and whites on campus. Every year during this event a guest speaker conveys a message about cultural relations in society.

"Ebony and Ivory week is about the things we can change in our hearts that will allow us to look at other people and see them as our brothers and sisters," Richards said. "Take Ebony and Ivory Week as an opportunity to look inward and say, 'What can I do? What stereotypes am I hanging onto?' "

During a portion of his talk, Richards separated the audience into two ovals and had the inner ring of people face the outer ring of people. Each person was challenged to look his or her partner in the eye and promise to change one thing about the way he or she perceives that person.

David Allen, a member of Alpha Phi Alpha and co-chair of the Ebony and Ivory Week committee, said the program is a way to bring all people together.

"It gets us to dialogue about issues, increases awareness about them and formulates solutions," Allen said.

Students also discussed these issues at Piece of my Mind, a forum held Monday night, when the week's events started.

Among other issues, the crowd talked about sexism, affirmative action and the lack of diversity courses offered at Penn State.

Ebony and Ivory week also includes a Community Townhall Meeting at 7 tonight in 26 Hosler Building. There will be presentations from representatives of the black, Asian, white and Hispanic communities about issues affecting each group.

A panel will be present to discuss the issues and attempt to devise solutions.

Some of these issues might affect more than one ethnic group, and a united group might face these issues better, Allen said.

Another event featured for the week is the Black/Latino Male Summit from 9 a.m. to 4 p.m. Saturday in the HUB-Robeson Center, and will focus on raising awareness of issues affecting black and Latino men.

The week will conclude with the March of Dimes WalkAmerica at 1 p.m. Sunday at the Intramural Building.